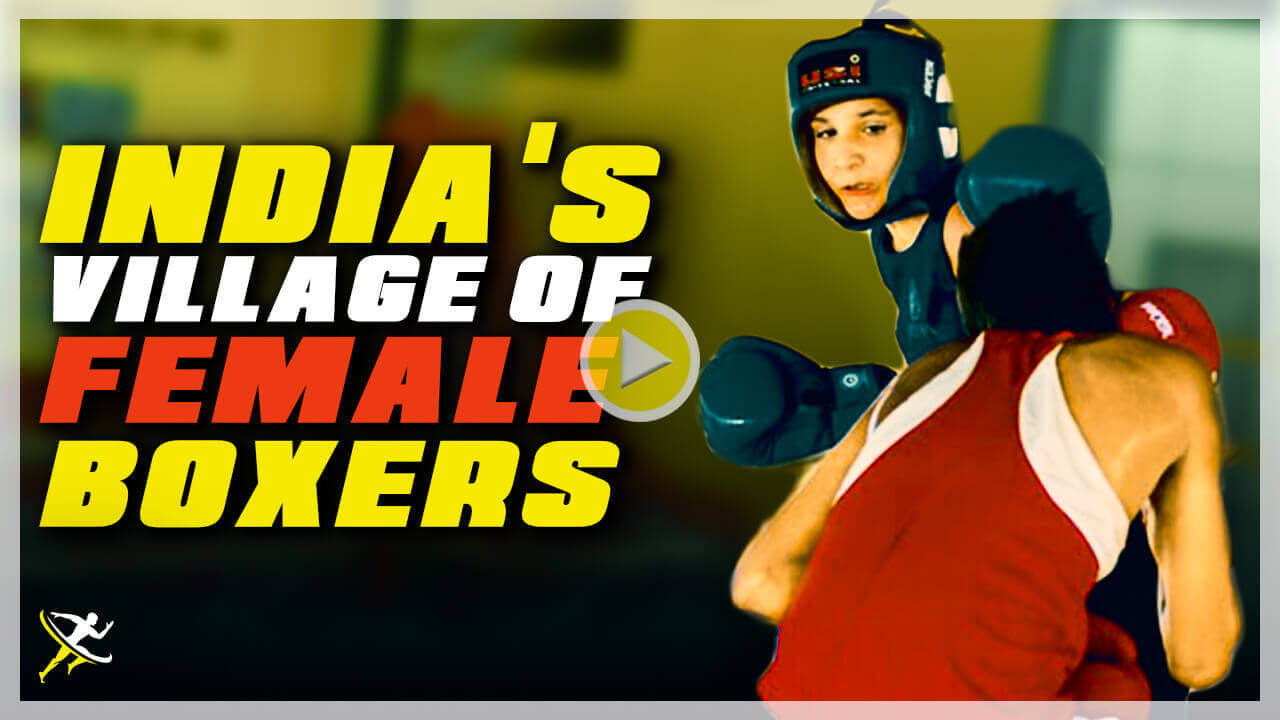 On the surface, the Chakar village in Ludhiana seems like any other village in Punjab. Lush green fields surround the houses, cows roam the streets in leisure and people go about doing their daily chores. The true identity of the village is revealed when the camera pans towards the Sher-E-Punjab Sports Academy. The Sports Academy is famous for making the village as ‘India’s village of female boxers.’

When you enter the Sher-E-Punjab Sports Academy, you’ll be greeted with a very unusual sight. Girls of varying ages will be performing rigorous exercises, sprinting or even sparring in the center of the ring. It all started when elders of the village decided to channel all the violent energy amongst the youth of the village into something positive. Baldev Singh Sindhu, founder of the academy, realized that sports is the only thing medium to put their energy to good use. According to him, sports have no gender and language barrier and can be used efficiently to integrate their village. Initially, 2-3 girls started coming to the academy. Seeing them, more girls decided to take up boxing and soon the academy started showing results. All of the girls training there have an air of pride and self confidence around them. According to them, once they started coming to the academy they no longer felt subdued and gained the confidence to face all adversities in the society. In the academy, the boys and girls get the same opportunities and undergo the same training procedure. This has made the girls more confident and helped them realize the fact that they are no less than their male counterparts. With 8km cross country race every week and tournaments scheduled every weekend, the Sher-E-Punjab Academy ensures that the girls stay in top shape.

The girls have now taken ownership of their future. According to them, its ‘their academy and their village.’ Where in other villages the girls are forbidden to leave their houses, in Chakar they are entitled to take up boxing as a career and write their own destiny. Baldev considers their academy to be a role-model for several others. He thinks that our athletes have immense talent but what they lack is the opportunity. His endeavour of making Chakar as a village of female boxers is surely grabbing eyeballs and is motivating many other girls to take up sports as a career.

KreedOn Network
We are a team of sports writers who research about sports in India day in day out. Please reach out to us in case of any specific requirement of digital services on [email protected] .
Previous articleMeet Mustafa Ghouse: The guy who wants to make India a global sports powerhouse
Next articleMithali Raj: Reigning queen of the pitch

Meet the top 10 Greatest Heavyweight Boxers of All Time |...