Indian weightlifter, Jhili Dalabehra clinched a silver medal in the Commonwealth Weightlifting Championship on Wednesday. She stood behind Nigeria’s Peter Stella Kingsley. The championship is being held in Tashkent & is running alongside the World Championships.

22-year-old Jhili has already achieved quite a lot in her small career. She had previously won a bronze medal in the world junior in the 45 pkg category.

However, due to the 45 kg category not being an Olympics recognized discipline, she had to switch to the 49 kg category instead. 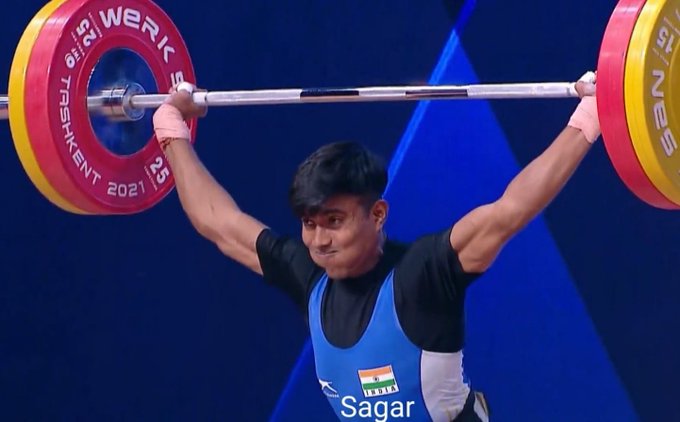 Sanket Mahadev Sagar had won a gold for India, earlier this Tuesday. He had clinched the gold medal in Men’s 55 kg category by lifting 113 kg for the win.

The IWF Commonwealth Weightlifting Championship is being held in Tashkent, Uzbekistan this year. The championship, which began on December 7, is all set to continue till December 17.

Many Indian Weightlifters, including Achinta Sheuli, and Jeremy Lalrinnunga are participating in the championship.

All You Need To Know About Handball Game | History |...