Just like in the Olympics, India is sending its largest contingent ever with 54 para-athletes. They will compete in 9 sporting disciplines. India’s campaign at the Tokyo Paralympics will start on August 28th. 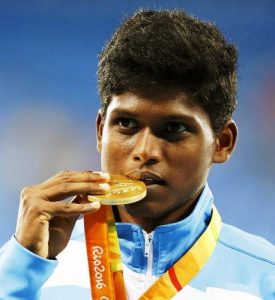 He is the reigning T42 High Jump Olympic Champion. After winning a historic Gold in Rio Paralympics. He is currently world no 5.

He was awarded the Padma Shri and Arjuna Award in 2017. Followed by Major Dhyan Chand Khel Ratna in 2020. He will be India’s flag-bearer and leader of the contingent This time around.

Bhagat is currently world no 1 in men’s SL3 singles. He produced an excellent performance at the 2019 World Para-Badminton championship. Pramod won a Gold medal in men’s single as well as men’s doubles. He is also the reigning Asian Para Games champion.

He is the most successful Indian Para-athlete. He is the reigning Javelin throw Olympic champion in the F46 category. After winning a historic Gold in Rio Paralympics with a world record throw of 63.97m. He broke his own record recently to qualify for the Tokyo edition with a throw of 65.71m.

She is 1st Indian woman to participate in para pistol shooting at the Paralympics. Rubina won the Gold medal and world record in P2 at the recent World cup in Lima. She is currently world no 5.

He won the bronze medal at Rio Paralympics in the high jump. Varun was conferred with Arjuna Award in 2017. He is also a silver medalist from Para Asian games 2018. He is currently world no 5. 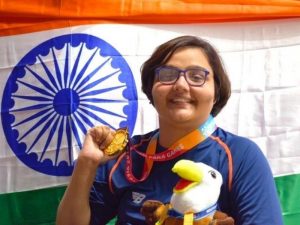 Indian Paralympians: Bhyan has won several national discuss and club throw titles. She started competing only in 2016. She shot to fame with her gold medal-winning effort of 16.02m in the women’s club throw in the women’s F51 category.

Indian Paralympians: He is a world-renowned para javelin thrower. During the National Para-athletics championships, he threw a world record (unofficial) distance of 66.90m in the F44/64 category. He is currently world no 1.

Indian Paralympians: The 19-year-old shooter is currently world no 4 in the men’s 10m air pistol. He started only in 2016 and has won medals on the world stage. But given his caliber and ranking, he will look to bag a medal at the biggest stage of all.

Indian Paralympians: Jadhav is the reigning Asian Games champion in the 50m Butterfly event. He will be competing in the men’s S7 50m butterfly and in the men’s 200m SM7 individual medley in the Tokyo Paralympics.

READ | Sports in Olympics | Know About All Olympic Sports

A glorious history of India at Paralympics