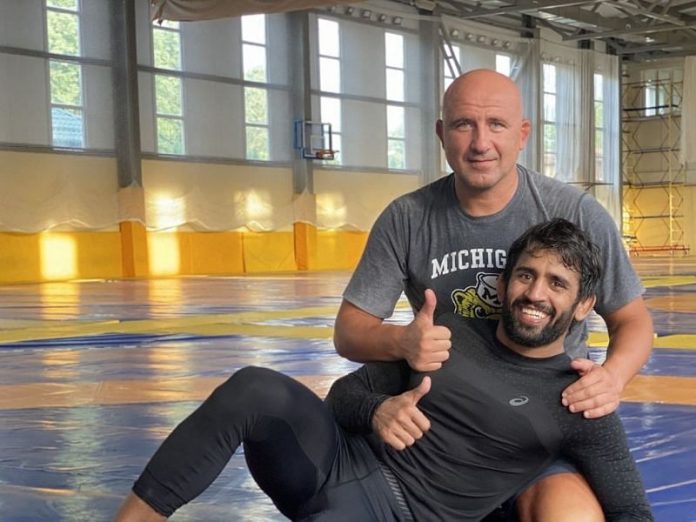 India’s Olympic campaign came to a jubilant end. With this edition being the best ever performance till date in the Mega quadrennial competition. A total of 7 hard-fought medals were won by India: 1 Gold, 2 Silver, and 4 Bronze. Indian sporting stars gained fame overnight like Mirabai Chanu, Ravi Kumar Dahiya, Lovlina Borgohain, Bajrang Punia. While established legends certified their credentials like PV Sindhu, Neeraj Chopra, and the men’s Hockey team. But we need to give credit to the behind-the-scenes heroes as well, coaches and trainers who elevated these sporting sensations. Let’s get to know the Seven Indian Olympic Coaches who were a key part in orchestrating this Victorious moment for Team India.

Indian Olympic Coaches – Neeraj Chopra – The Indian Army was training and nurturing Javelin champion Neeraj Chopra until a few years ago. After which it sponsored him to obtain overseas training from legendary German Javelinist Uwe Hohn. The German coach honed Chopra’s skills and techniques. Dr. Klaus Bartonietz took over him in 2019 who worked on his physical stature and worked on increasing his muscle mass. Even during Chopra’s surgery that same year, Bartonietz continued with his rehab and training competition camps in Europe later on. The result paid well and Neeraj Chopra bagged India’s 1st Athletics Gold in the Olympics and scripted history.

Indian Olympic Coaches – Mirabai Chanu – When Mirabai Chanu became a National weightlifting Champion in 2014. Chief national coach Vijay Sharma took charge of her just before the Glasgow Commonwealth Games. Since then he has nurtured and coached her. Sticking through her highs and lows. Sharma helped Chanu win medals at World Championships, Commonwealth Games, and Asian Games. His own lifting career ended abruptly due to a wrist injury. Instead of leaving, he used his knowledge to help Chanu back on track after a dull Rio 2016 campaign, to bounce back and clinch a Silver medal in the Tokyo Olympic Games.

Indian Olympic Coaches – Ravi Kumar Dahiya – Russian coach Malikov took charge quite recently in April 2021. He was initially brought in to be the fitness trainer of Sushil. But due to Sushil Kumar’s inability to make it to the Tokyo Olympics. He took over Ravi. Malikov arranged quality sparring partners for Ravi. He also worked on the youngster’s reaction time and counterattack to help him clinch a hard-fought Silver medal.

Indian Olympic Coaches – PV Sindhu – South Korean Sang has been Sindhu’s coach for a couple of years. Initially brought in by Chief coach P Gopichand in 2019 to train the men’s team, Sang-soon became a part of Sindhu’s coaching team. He developed her into an all-around player. Park is well established as well, winning a gold medal in the men’s team event at the 2002 Asian games at his home turf. He helped Sindhu improve her deceptive netplay and defense. This enabled the star shuttler to brush off top players like Akune Yamaguchi of Japan, He BingJao of China, and Mia Blichfeldt of Denmark in the knockout rounds. Sindhu won a Bronze and became the 1st Woman athlete to win back-to-back medals in the Games.

Indian Olympic Coaches – Hockey – Aussie legend Reid who is an Olympic medalist himself, winning the silver with Australia in Barcelona 1992. He managed to transform the Indian team. In Rio 2016, India’s campaign ended abruptly in the quarterfinals. In which Reid’s Reid’s Australia also got knocked out by the Dutch. Reid was hired in 2019, he took over a young and resilient team that came back from a 7-1 defeat to Australia. And helped the hockey team clinch a historic Bronze after a 41-year wait.

Coaches behind India’s Olympic medals: Lovlina Borgohain – The Italian played a big part in Lovlina clinching her debut Bronze medal in the women’s welterweight boxing. Bergamasco has taken over various Indian teams since 2001. His contract was not even renewed after the Rio 2016 Olympics. He came back in 2019 and helped the women’s boxing team excel. Raffaele worked under high-performance director Santiago Nieva. He is the man behind who encouraged Lovlina to play more freely and aggressively. 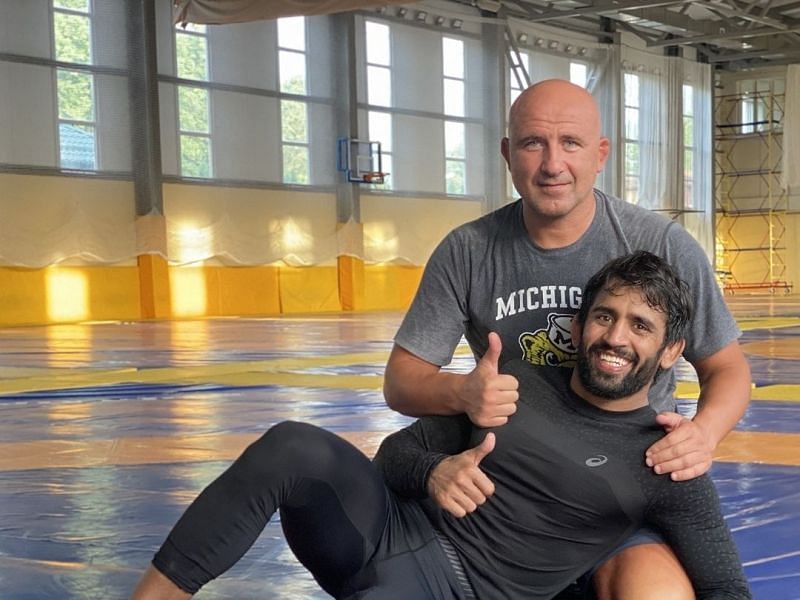 The Georgian coach transformed Punia into a more aggressive type of wrestler. Bentinidis arranged for sparring partners from his homeland Georgia and Russia which are known for top wrestlers. This helped Punia’s mindset transform to attacking his opponent head-on. He was the top contender in the 65kg coming into the Games. But a knee injury hampered his movements. Nevertheless, Punia clinched a Bronze in his debut Olympics.

Santhosh Narayan
Previous article6 Major Badminton Tournaments In India | All You Need To Know
Next articleU20 Athletics World Championships 2021: Indian Athletes To Watch Out For

U20 Athletics World Championships 2021: Indian Athletes To Watch Out For