Hockey India administers the Indian hockey team, which competes in international field hockey tournaments. Previously, the Indian Hockey Federation was in charge of the squad. The International Hockey Federation accepted India as the first non-European team. The Indian men’s team won their first Olympic gold medal in 1928, and they stayed unbeaten in the Olympics until 1960, earning six gold medals in a row. From their first game until losing in the 1960 gold medal final, the squad enjoyed a 30–0 winning streak.

The 29-year-old captain is a natural leader, having captained the national side in both the youth and senior World Cups, although he broke into the senior team considerably earlier. The talented Punjabi midfielder debuted for his country at the age of 19 and is regarded as one of the greatest playmakers in the world. In addition, in 2020, he became the first Indian to be awarded FIH player of the year, and he will compete in his third Olympics in Tokyo. His greatest talents are his ability to identify openings in the opposition’s defense and slice through them with exquisite ball control.

Sreejesh, the team’s senior and most experienced player, will be critical to the team’s success in Tokyo, where he will compete in his third Olympics. The 33-year-old from Kerala made his international debut in 2006 at the South Asian Games in Sri Lanka as captain and the team’s lone goalie. He had to wait until the Asian Champions Trophy in 2011 to make a name for himself, but he has been the top pick for many years after then. His versatility, reading of the game, and ability to stay non-committal until the finish are regarded his strongest qualities on the field, and he remains the team’s top motivator off it.

Harmanpreet Singh, another player who earned his senior squad debut while still in the junior system, is one of the five players from the team that won the 2016 Junior World Cup at home. Prior to it, he had previously competed on the largest platform, as a member of the Rio Olympic team. The stocky 25-year-old defender is vital to the team’s success because to his drag-flicking abilities and excellent defence. He’s not overly enthusiastic or loud, but he’s come a long way over the years and is now the team’s leading penalty corner expert and a crucial component.

Until Harmanpreet stepped up, the 31-year-old defender was the team’s top drag-flicker. With his international debut in 2010, he is also one of the most experienced players on the team, and this will be his second Olympics. He was a prominent component of the squad until 2018, when he fell out of favor following the Asian Games when the team was overhauled, before returning to the national side in 2019. To remain ahead of the game, Rupinder has improved his defensive abilities and added variety to his flicks, and his experience and height will be crucial to the team’s backline.

Surender, one of the cornerstones of the Indian defense, rose to prominence in the Hockey India League, where he impressed with the Delhi Waveriders team, so much so that he was retained ahead of players like Sardar Singh. The quiet, modest, and diligent 27-year-old Haryana late bloomer was rewarded with a spot in the national camp and hasn’t looked back since, participating in the Asian Games and the Rio Olympics, and now being a key element of the team. His defensive abilities are flawless, with clean interceptions allowing him to almost never give penalty corners. He will be the final line of defense before the goalie.

Despite making his international debut in 2013, Amit Rohidas had to wait nearly three years before becoming a regular member of the team. He played in virtually all of the major tournaments that year, including the Asia Cup and the Junior World Cup, although he had to wait his turn due to the presence of older defenders in the squad. The Odisha-born 28-year-old was a regular in the national camp but had to wait until 2017 to show himself in the Hockey India League. He’s been showing himself in the defense since then, and he also doubles up on penalty corners on occasion. In PC defenses, he’s also a reliable rusher.

Indian Hockey Team at Tokyo Olympics 2020: Birendra Lakra, one of the few players in the team with more than 200 international caps, will be competing in his second Olympics after missing the 2012 edition due to a major knee injury and subsequent surgery. The 31-year-old from Sundergarh, Odisha, has competed in nearly every major tournament, including the Asian Games, Commonwealth Games, and World Cup. Despite being classified as a defender, Lakra can also play upfront in the middle, generating opportunities for the attackers. His sprints along the sideline are crucial in creating opportunities for the strikers.

Indian Hockey Team at Tokyo Olympics 2020: The 22-year-old is one of the newcomers to the Tokyo Olympic team and will be eager to show why he was chosen. Hardik was fast-tracked as a crucial component of the team in a short amount of time after making his international debut at the Champions Trophy in 2018. He was a member of Harendra Singh’s probables for the 2016 Junior World Cup, but he did not make the final cut. The lanky midfielder hails from a hockey family, with ancestors including former women’s captain Rajbir Rai and star Jugraj Singh, and will be looking to carry on the tradition.

Indian Hockey Team at Tokyo Olympics 2020: A gifted midfielder whose main assets are his intellect and ability to understand the game. He is the entire package in the vital role of a playmaker, with his speed and superb ball control. Vivek became the second-youngest Indian player to make his international debut in 2018 at the age of 17. He is a product of the MP Hockey Academy, which is coached by World Cup champion Ashok Kumar. In 2020, she earned the FIH Rising Star of the Year award after leading the team to silver at the 2018 Youth Olympic Games. Despite his youth, he has played in major tournaments such as the 2018 Asian Games and will be crucial in establishing an inexperienced forward line in Tokyo.

Nilakanta Sharma of Manipur was another from the 2016 Junior World Cup cohort to make the transfer to the senior side, but he had to wait another two years after that win to reach the senior team. He has, however, been present at every major sporting events since 2018, including the World Cup and the now-defunct Champions Trophy. When he isn’t setting up goals, the 26-year-old midfielder can easily make his way up front, misdirect his defenders, and score goals on his own.

The 24-year-old from Sonepat’s Kurad village made his senior international debut at the Sultan Azlan Shah Cup in 2017 and quickly established himself as a key player. Sumit is the first player from his village to make the Indian hockey team, having been a member of the 2016 Junior World Cup-winning squad. Sumit’s main strength is his stamina; he is one of the hardest workers during training and runs the most on the field, maneuvering the full length from one end to the other, and he is looking forward to appearing in his first Olympics.

Indian Hockey Team at Tokyo Olympics 2020: Shamsher, one of the Olympic side’s surprise packages, only made his debut in the Olympic test event in 2019. The 24-year-old Punjabi will be the first hockey player from the border town of Attari to compete in the Olympics. Shamsher is supposed to be the Indian team’s undiscovered trump card in the forward position, with less than 10 international matches under his belt and minimal experience.

In 2018, the 20-year-old made his debut on the New Zealand tour and impressed the coaches sufficiently to be selected for all three main tournaments of the year: the Commonwealth Games, Asian Games, and World Cup. Despite his lack of experience, the teenage striker is highly regarded and regarded as a potential star. The kid, a product of the renowned Surjit Hockey Academy in Jalandhar, was a regular member of the Indian youth squad on trips but did not make the final World Cup roster in 2016. Now, though, his contributions will be critical to India’s success.

With his goals in the 2016 Junior World Cup semifinal and final at home, the 26-year-old became an overnight sensation. After the 2018 Commonwealth Games, he quickly transitioned to the senior side, but injuries and inconsistent play kept him in and out of the national team. In the beginning of 2020, he returned to the national squad with the Pro League, scoring the fastest international goal by an Indian in 13 seconds, and has been going strong since. In an inexperienced forward line, his one-touch goal shots and poaching talents inside the circle will be crucial. 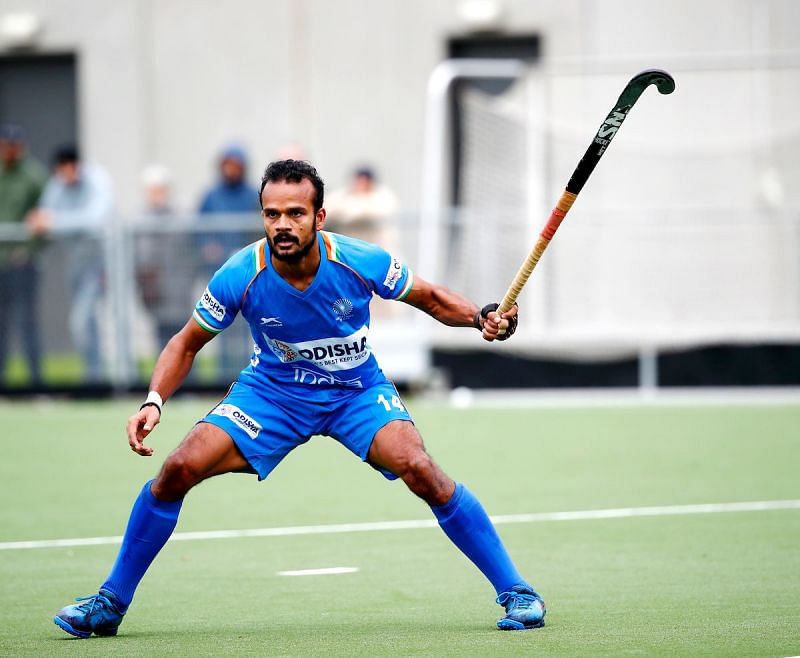 Lalit had an idol in the form of Mohd. Shahid, who came from Varanasi. The 27-year-old, who has excelled in junior and age group competitions, has had to deal with unjustified criticism and being overlooked for a few years due to no fault of his own before being rediscovered and welcomed back into the national team. He is now one of the two seasoned faces in the Indian attack, and his ability to misdirect and evade an opponent, accelerate quickly when necessary, and maintain an eye on the entire field ahead of him will be essential to India scoring.

Indian Hockey Team at Tokyo Olympics 2020: Mandeep, who is 26 years old, is the Indian assault pack’s leader for the Tokyo Olympics. In 2012, he made his international debut in the Junior Asia Cup for India, and he quickly advanced to the senior league, making his senior league debut at the 2013 Hockey World League. With almost 150 international caps and appearances in every major tournament until the Rio Olympics, he has been a regular in the side since then. His greatest advantage is his ability to find the net from sharp angles and be an opportunistic poacher within the circle.

Top 10 Greatest Hockey Players of All Time | Guess Who...