Bearing the national flag of your country and leading the entire cadre of athletes in the great Olympic Games opening ceremony is the utmost honor to anyone who takes pride in their nation. The feeling of being recognized as one of those esteemed sportspersons of the country and presenting our competitors at the world stage is unmatched. This is the list of Indian Flag bearers At Olympics. A list of all those venerated Indian athletes to stand in front of our Olympic team holding the Tri-color flag.

Indian Flag bearers At Olympics: The first-ever Indian flag bearer in Olympics was Purma Banerjee. He was a sprinter participating in the Men’s 100-meter event at the Olympics hosted by Belgium in 1920.

Lal Shah Bokhari was the captain of the Indian Hockey team which won the gold medal in the 1932 Los Angeles Olympic Games. He was born in Faisalabad, Pakistan which was a part of India back then. Played as a half-back, Lal Shah Bokhari’s contributions to the hockey team is unforgettable.

Arguably the greatest hockey player hailed from India, Major Dhyan Chand is known as the Hockey Wizard. He claimed three Olympic gold medals for India playing as the main man of the Indian hockey team in three consecutive years, 1928, 1932, and 1936. In an era where India dominated the sport of field hockey, Dhyan Chand was the pivotal element of the invincible team. 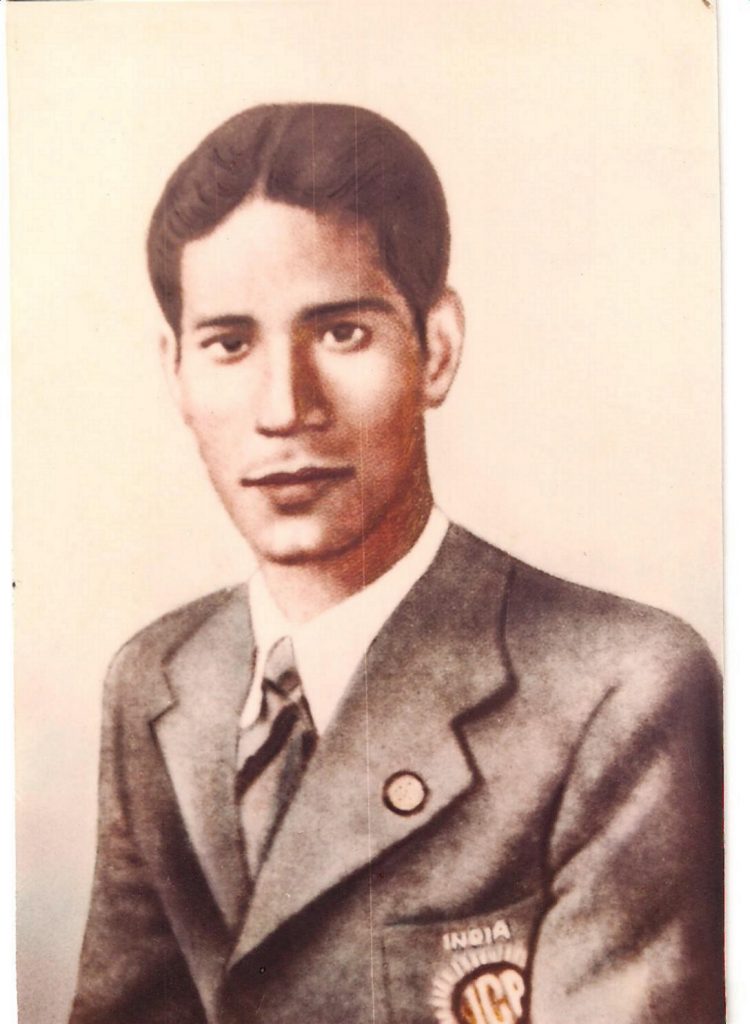 The captain of Independent India’s first football team, that’s how people know Talimeren Ao as. He played a crucial role in winning the Provincial Santhosh Trophy for Bengal in 1945 and that earned him an opportunity to lead the Indian football side at the London Olympics of 1948. He then led the whole Indian squad for the Olympics holding the flag in the opening ceremony at the famous Wembley Stadium.

Balbir Singh Sr. was the only Indian to be a flag-bearer in two Olympic games. He won three Olympic gold medals playing for the Indian hockey side in London 1948, Helsinki 1952, and Melbourne 1956. He was often referred as the next Dhyan Chand and rightfully, he went on to become one of the greatest hockey players of all time.

After winning the gold medal for decathlon in the 1962 Asian Games, Gurbachan Singh Randhawa competed in three athletic events – decathlon, high jump, and 110m hurdles in the 1964 Tokyo Olympics. His major achievement in the Olympic games is the fifth-place finish in 110m hurdles in 1964.

Desmond Neville Devine Jones is a footballer turned boxer who used to work as a Brigadier in the Army Physical Training Corps. He won the 1951 Asian Games gold medal being a part of the Men’s Football team. In the 1972 Munich Olympics, he came as the boxing coach and got the opportunity to bear the Indian flag at the grand stage.

Another famous hockey player to be the flag-bearer of India. Zafar Iqbal was a part of the Indian field hockey side of the 1980 Moscow Olympics where they ended the country’s long gold medal drought. In the following Olympic Games held in Los Angeles, he carried the Indian flag with pride at the opening ceremony.

In the Men’s Freestyle 100kg wrestling event, Kartar Dhillon Singh was a two-time champion at the 1978 and 1986 Asian Games. Unfortunately, in the 1984 Los Angeles Olympics he only managed to be at 7th place. But he won multiple gold medals in the Veteran World Championships over the years.

The first woman flag-bearer for India who was also the defending national champion for an astounding 14 years in 800m race. Shinu Abraham Wilson was one of those first Indian women to make a serious impact in the Olympic track events. She is an Asian Games gold medal winner and the first Indian to woman to reach the semi-finals of an Olympic event.

The Punjabi full-back is renowned as one of the best defenders in hockey to date. He was the captain of the national hockey team in the 1992 Olympics held in Barcelona and the 1996 Olympics in Atlanta. After retirement, he turned to politics and currently serves as a Member of the Punjab Legislative Assembly.

There are only a few professional tennis players from India who had amazing Grand Slam careers and Leander Paes is probably the best of them all. As an exceptional doubles player, he bagged eight doubles and six mixed doubles Grand Slam titles. He was ranked as the No.1 doubles player in the world in 1999.

Indian Flag bearers At Olympics: The only Indian world champion in the IAAF World Athletics Final. Anju Baby George was a sensation in Indian athletics. She was featured in the long jump event and won the gold medal in the 2002 Busan Asian games. Her 6.83m long jump is the standing national record which earned her fifth position in the 2004 Athens Olympics.

Colonel Rajyavardhan Singh Rathore was a former army officer and a brilliant shooter. He won the silverware at the 2004 Athens Olympics for Men’s Double Trap shooting event. Currently, he works as a Member of Parliament from Jaipur Rural.

Indian Flag bearers At Olympics: Sushil Kumar is possibly the most successful Indian wrestler at multi-sport events. He won three consecutive gold medals in 2010, 2014, and 2018 Commonwealth Games and also won the World Championship held in Moscow in 2010. He won the bronze medal in the 2008 Beijing Olympics. In the 2012 London Olympics where he became the flag-bearer for India, he came so close to winning a gold medal but lost to Japan’s Tatsuhiro Yonemitsu in the final.

A national hero, the first and only Indian till date to win an individual Olympic gold medal. Abhinav Bindra in the 2008 Beijing Olympics won the prestigious first prize in the 10m air rifle event. He has also won four back-to-back Commonwealth Games gold medals and a World Championship in 2006.

READ | What is Fencing: Everything about the sport of swords

Indian Flag bearers At Olympics: In Tokyo Olympics 2020, India has two flag-bearers. One is the six-time World Boxing Champion, MC Mary Kom and the other is the captain of the Indian hockey team, Manpreet Singh. Both of them carry high hopes of the one and a half billion Indians and let’s wish they lead the Indian Olympic team to glory.