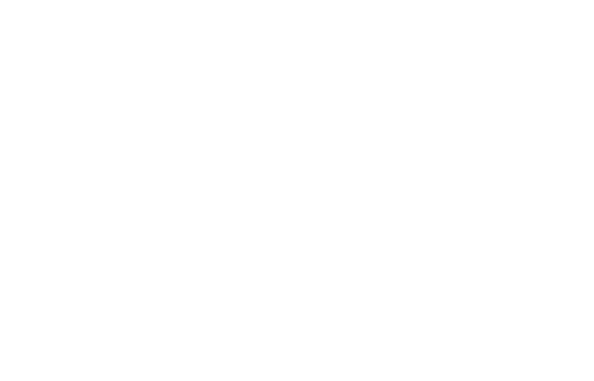 Indian fans will never ever forget this name. Ajit Wadekar was the first the first captain of Indian ODI team. The Mumbaikar led India in two matches but lost both of them. He led the team in their maiden ODI in July 1974 against England. Wadekar later served as coach, manager and chairman of selectors for India. Ajit Wadekar passed away in August 2018 at the age of 77.

S Venkataraghavan was one of the famous spin magicians during 1970s. He also served with peculiarity as an umpire. He took over the rein from Ajit Wadekar and India got its first bowling captain. India lost six matches and won only one under his captaincy. S Venkataraghavan led India in the first ever World Cup in 1975.

A slow and measured run up, flexible fingers as well as wrist and plenty of loop; these were the characters of Bishan Bedi’s bowling.  He was part of the famous Indian spin quartet during 1960s-70s along with Erapalli Prasanna, Srinivas Venkataraghavan and Bhagwat Chandrasekhar. He was appointed as a captain and India managed only one win and lost three under his rein.

Here is the name you must be waiting for.  Sunil Gavaskar commanded  37 matches. Out of which, India won 14 and suffered defeat in 21 games.  During his tenure, Kapil Dev emerged as a front-runner bowler for the country.

Gundappa Viswanath was one of India’s finest batsmen throughout 1970s. In the absence of Sunil Gavaskar, Viswanath led took the ship only for one match.

We know you were waiting for his name! Kapil Dev is still one of India’s most loved captains who won World Cup for the country. The man had the stamina in line with that of marathon runner and the ability to bowl at a speed of 140 kmph. The all-rounder had an impressive winning 54.16 percent as a captain. Under his rein, India bagged victories in 39 matches and lost 33.

BCCI adopted two captain policy during 1987-89. India appointed Dilip Vengsarkar as well as Ravi Shastri as a captain in the span of two years. Dilip Vengsarkar was the fourth captain  from Mumbai. In reign of 18 matches, India won 8 from 18.

After the failure of Ravi Shastri and Dilip Vengsarkar, BCCI gave  chance to K Srikkanth. His stint ran only for one year. In that period, India played 13 matches under his rule in which we suffered defeat in 8 matches.

Continuous failure in leadership led India to suffer defeats in many series. Like they say, ‘Cometh the hour, cometh the man’; Mohammad Azharuddin took the responsibility on his shoulders. Not only the successful captain but prolific batsman Azhar led India for ten years (1990-99). With winning percentage of 54, Mohammad Azharuddin handled men in blue for 174 matches out of which we won 90 whereas 76 were been lost.

India was in backdrop of match-fixing as a result, it was hard to find good captain for India. But on the other side, with the run-machine was evolving. BCCI decided to handle the captaincy to the rising star of Indian cricket at that time none other than Sachin Tendulkar. But captaincy was not Sachin’s cup of tea. As a result, he once decided to give up cricket. He lost the form in batting as well. Under his captaincy India won 23 matches and suffered defeats in 43.

Believe it or not, Ajay Jadeja was India’s greatest talent to be ever produced during 90s era. One can call him as stop-gap captain. He wore the captain’s armband  for 13 matches. With winning percentage of 61.53, Jadeja clinched victory in eight of matches and suffered loss in just five.

Sourav Ganguly, Dada of Indian cricket brought a change to Indian cricket. That change was named as ‘aggression’. As soon as he took the captaincy, he revolutionized the entire team with aggression which was missing from years. Ganguly even led men in blue to the final of World Cup 2003. Under Dada’s rule, India won 76 and lost 76 out of 176 matches.

The vice-captain of Indian side during Sourav Ganguly’s reign, Rahul Dravid decided to be the successor of Dada. The Wall of Indian cricket with his bat as well as captaincy showed some brilliant display. India won 42 matches out of 79 under Dravid’s captaincy.

One of the most successful spinners for India, Anil Kumble was another stop gap man for India. He led India victorious in one match in which he captained men in blue.

The fiery opening batsman from Delhi, Virender Sehwag was deputy to Dravid. Later, India asked him to lead for 12 matches and under him we won five battles.

The golden era of Indian cricket was begun when MS Dhoni was appointed as India’s 19th ODI captain. With his cool attitude India won first T20 World Cup,2007 as well as became victorious in ICC World Cup, 2011. Considered as best captain of India, MS Dhoni led Blue Army in 200 matches out of which India won 110.

Suresh Raina, the southpaw was appointed as a skipper only for two series between 2010-14. Under his captaincy India bagged six wins and suffered five losses.

One can call Gautam Gambhir as a successful stopgap captain. In a quick stint, he led India in six matches and all six of them were won.

The current skipper of India and heartthrob of Indian cricket. Virat Kohli is emerging as one of the most successful captain in the world. The young hot blood has led India in 68 matches so far in which 48 have been won. Calculate that incredible winning percentage!

In the absence of Virat Kolhi , Ajinkya Rahane was given the responsibility to handle the Indian side for three games. All three have been won under his short-stint.

The vice-captain of Indian side was handed captaincy in Asia Cup last year. The calm and composed Mumbai lad has led India in 10 matches for India.

Akshay Badwe
The God taught me to love everybody but the most ones I learned to love are the athletes. Desire, determination and discipline takes me to a great deal of love towards sports. One can call me an avid sport maniac because I love to pen down some glorious content on sports. Being from journalism background with experience in media from couple of years I would like to keep this legacy going and now joining Kreedon gives me one more platform to explore the new world. I am always up to have a word on sports with a coffee.
Previous article10 Highest Team Score in ODI Cricket [2020 Updated]
Next articleTeam India all set for Olympic Qualifiers | FIH Series Finals Preview

Indian Premier League 2020 is a welcome oasis of ‘cricketainment’ T20 style. And the fact that it is happening, is a miracle in itself. One can only marvel at the organisers for having got it under way in these not so normal times.
Read more
Inspiring Stories

There is something about PV Sindhu, something that started a billion conversations, generate millions of dollars, and completely revolutionize Indian sports.
Read more

ICC U-19 World Cup 2020 Preview: Everything you need to know