The Indian football team will mark its historic return to the King’s Cup after a gap of 38 years as one of the most historic Asian competition, King’s Cup will kick-start its 47th edition on 5th June at Buriram, Thailand.

India will begin their campaign on Wednesday with a game against Curaçao. The Islanders are ranked 82nd in FIFA rankings. India, on the other hand, have a rank of 101. It will also be their very first appearance in this competition. Hosts Thailand will face Vietnam on the same day and the winner of both the games will play the final on 8th June.

? @chetrisunil11: "@stimac_igor is someone who talks to every player and tries to help them a lot." ??#BackTheBlue #BlueTigers #IndianFootball pic.twitter.com/v8OwQhHr4T

India’s best performance in this competition came in 1977 when they finished 3rd. But the team will be looking to improve on that under the new head coach, Igor Stimac. The Croatian was appointed after Stephen Constantine resigned after India’s exit from the Asain Cup group stage.

“The weather conditions will be difficult. This being the off-season, the situation is tough. But at the same time, it is the same for everyone. We’re here to win, and do our best,” said Stimac, ahead of his first assignment as India’s coach.

“The boys are confident, and have understood that they can improve their game with hard work on a daily basis. I appreciate the hard work put in by the players over the last 10 days in New Delhi. I expect them to implement their learnings from practice in the upcoming tournament.”

It will also be a historic moment for Sunil Chhetri as is all set to become the most capped Indian footballer. The striker is currently tied on 107 caps with former captain and the legend of Indian football Bhaichung Bhutia. Chhetri is also India’s top-scorer with 67 goals in total.

India’s first game against Curacao will be broadcasted on Star Sports 3 on 5th June.

The opening match of the King’s Cup 2019 between India and Curacao is scheduled to take place on June 5, 2019 with the kicks-off at 2 PM according to the Indian Standard Time.

India’s matches in the King’s Cup 2019 will be broadcast live on Star Sports 3. They can also be viewed LIVE on Hotstar. 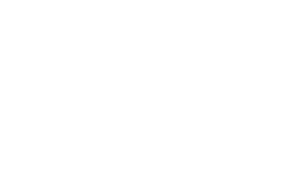 Chinmay Pagar
I might be a Mechanical Engineer on the paper, but I was a Sports enthusiast since childhood, screaming at the TV watching cricket at the age of 4. Not much excites me other than sports unless it's free pizza. I can watch literally anything remotely related to sports; Cricket, Football, Tennis, F1, Hockey, Athletics, Chess, you name it! And I love to write too, so at the time I'm not watching sports, I'm writing about it. Or eating pizzas, of course.
Previous articleThese Staggering Figures Prove Why Cricket is Most Loved Sport in India
Next articleIND vs SA Dream11 Prediction | Fantasy Cricket Tips