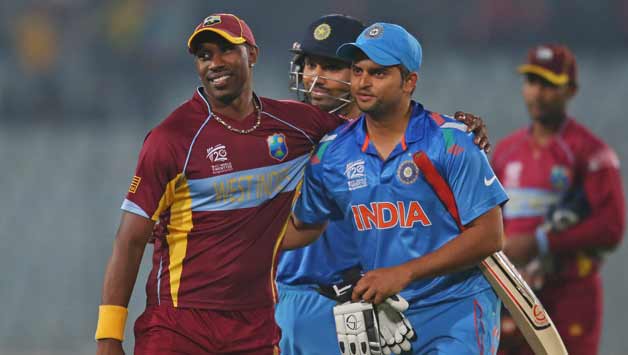 India vs West Indies 2018: After clinching the Asia Cup title for a record 7th time, team India will now focus their sights to end the last quarter in style. Before the daunting Australia tour that beckons them coming November, India first welcome West Indies. The contest against the Caribbean would be a perfect test for the Aussie challenge. We take a look at this enticing tie between two old nemeses.

Among all them, the 1983-84 India vs West Indies series was the most noteworthy. The West Indians had suffered a surprising loss against India and this tour was meant to provide some respite.

The Caribbean went on to crush Indians by 3-0 in the six-match series- the worst defeat ever for a host at that time. They also won the Charminar Cup (ODI series), winning 5-0 outright. Thus, the series came to be known as the Revenge series.

The recent phase, though, the story has been very different. It has been a cakewalk for the Indians, with the hosts condemning the visitors literally every time they visited. They won all the 2006-07, 2011-12, 2013-14, 2014-2015 ODI series (3-1, 4-1, 2-1 and 2-0 respectively). In tests too, they have won all the series they have played in this period. India’s dominance was heavily backed by the legendary batting line including Tendulkar, Dravid, Ganguly, and Sehwag.

WI are yet to officially announce the team for the series.

Shikhar Dhawan will miss the two-match test series. This may be partly due to a disastrous outing in England, and partly due to an exhausting Asia Cup. His partner, Rohit Sharma also won’t be playing.

Likewise, the pacer duo of Bhuvneshwar Kumar and Jasprit Bumrah would follow him and be rested. Jointly they have scalped 14 wickets in 4 matches in Asia Cup.

Thes omissions would mean some newer faces would get a rare chance to show their talents. Mayank Agarwal and Mohammed Siraj are notable names among the list.

Agarwal has had an exceptional Ranji trophy season, scoring 1160 runs in 8 matches. Siraj, on the other hand, was recalled for taking an impressive 41 wickets from 8 matches.

As the tests could possibly be a screening test for the Australia tour, everyone would be conscious to give their best.

Indian Captain Virat Kohli will be back in action after an extended rest. However, Prithvi Shaw and Hanuma Vihari both retained the spots they earned before the England tour.

West Indies have not been impressive in their one-day exploits. They lost the one-day series against Asia Cup finalists Bangladesh and New Zealand. More disappointingly, they have also lost twice against the minnows Afghanistan in the World Cup qualifiers.

The main culprit has been their underperforming batting attack. Out of those 8 ODIs, they have lost more than 9 wickets on 7 occasions. This is a statistic they would definitely want to change.

Indian witnessed a relatively successful campaign at home, but not quite so overseas. In ODIs, they were victorious for against Sri Lanka (2-1) and South Africa (5-1). But they struggled to perform in England, losing the series by 2-1. In the sole major test series of 2018 also against England, they lost by a margin of 4-1.

Reasons stated for their poor show in England were a fragile middle order, lack of rest for the Indian IPL stars and an over-dependence on captain Virat Kohli.

Nevertheless, having seen themselves conquering the subcontinent, Indians would now be hoping to come back to the winning ways in the sport’s traditional form, the tests.

The first test starts on 4 October.

Monish Gadiya
Monish Gadiya is the Head of Content at KreedOn. He is a thorough tech-enthusiast and believes that innovation is the answer to all the problems prevalent in the society. Monish graduated from University of Pune with a degree in Civil Engineering before pursuing a post-graduate diploma course in intellectual property rights. A die-hard football fan, he has represented his college at various football competitions.
Previous articleAbhinav Bindra: Who Shot His Way to Olympics-Athlete Story
Next articlePro Kabaddi League 2018 Preview: What to expect this time?

10 Sports Commercials that blew our minds with Creativity!