The bilateral relations between India and Pakistan have always been antagonistic and complex due to the bitter political events. The relationship of the two nations has been plagued by belligerent and sceptical instances that arose overtime. Thereby, the India vs Pakistan rivalry is one of the most fierce and vehement sports rivalries in the world. The tensed relations of the two countries stems from the bitter diplomatic relations and conflicts that originated during the time of partition in 1947 and its repercussions are yet being experienced by people of both the nations. It also resulted in Ind vs Pak wars and further led to the Kashmir crisis, which laid the foundation for the emergence of an intense sporting rivalry between the two nations.

The partition of British India led to massive territorial disputes and bitter feuds in the domain of sports including hockey, football, and especially cricket. It is not surprising that both the nations share a common cricketing legacy and it is one of the most popular sports in both the countries. The bitter rivalry between India vs Pakistan has been in existence ever since and can be witnessed in the sporting heritage.

The Revolution in cricketing legacy 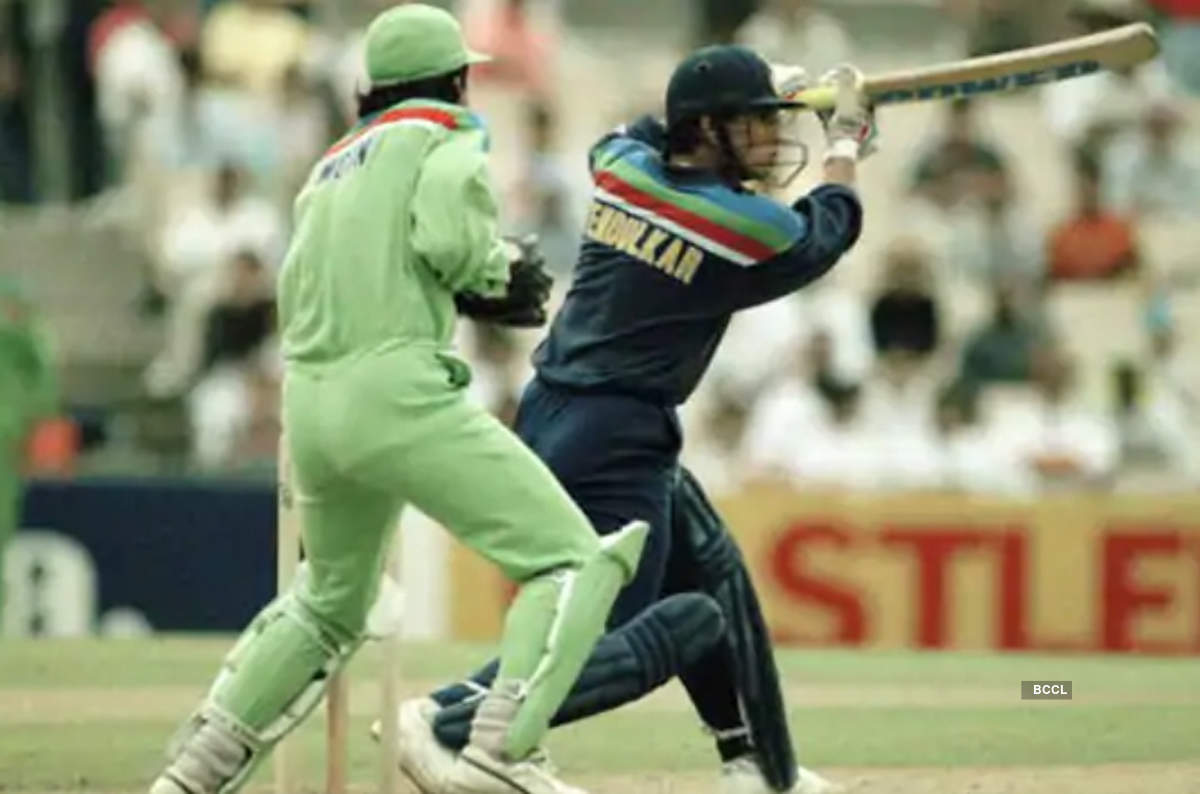 As soon as in July 1948, Pakistan became a member of the Imperial Cricket conference and the same year Pakistan lost to Delhi in India. It evoked outrageous sentiments from Pakistan against the Indian players as they were grief stricken due to their defeat. Both the nations were using defensive tactics against each other and it resulted in a drawn series in 1955 till 1961. The sporting relations between India & Pakistan remained hostile for a long period of time due to the Ind vs Pak war of 1965 and 1971. As a result the matches were put on hold due to sports diplomacy but post-1971, both the nations resumed playing.

Later in the 1980s and 90s, both nations played at neutral venues. They also played a series in Canada, known as “Friendship Cup” in the 2000s. The emergence and growth of multinational competitions like ICC Champions trophy, Cricket World Cup, ICC T20 World Cup, Asia Cup, etc led to regular contests between the two nations. There have been several instances afterwards that hindered the cricket series as neither of the two wanted to contest against each other.

In December 2012, BCCI instigated an agreement between India and Pakistan to play six bilateral series across eight years. These negotiations continued till 2015 and the governments of both the nations held a meeting in Dubai for the final resolve. Even though the relations of the two remain strained yet they counter battle each other in cricket and other sports.

India vs Pakistan: The heated moments of the cricketing heritage

In the past few years, the clashes between India vs Pakistan matches have decreased yet the age-old rivalry has been witnessed in several matches of the bilateral series.

During the 1992 Sydney World Cup, Javed Miandad acrobatically mimicked Kiran More during India vs Pakistan match. More appealed for a run out leaping up and down that made Miandad furious. In return he turned towards More and the two exchanged a few words. On the next ball, More again flipped the bails off but Miandad got through the run out again and this time imitated More jumping up and down to humiliate him.

Not one but there have been constant on field clashes between the players of the two nations.

In 2007, Gautam Gambhir and Shahid Afridi were involved in an ugly spat in Kanpur during their match and the umpire had to intervene to resolve their hostility. In 2010, Harbhajan Singh and Shoaib Akhtar were involved in a bitter on-field splutter. These small clashes during the game surges the heat and intensifies the severity of their rivalry.

India vs Pakistan: The history of test matches and ODIs

The perpetual tensions between India and Pakistan did not allow them to contest against each other in many test matches. However, they met occasionally outside their respective nations to play tournaments such as One Day Internationals. The first on-field cricket meeting of the two countries was held in 1952. India warmly welcomed the Pakistan cricket team to the country. They played over five test matches in which three matches resulted in a draw between them. Although, India was able to achieve victory over its arch rival during their first meeting in the third test match. It was a prodigious moment for India.

The match was held on 13th till 16th November. India performed magnificently and won by ten wickets in that test. The actions of the team and players are largely fan-driven. Neither of the two have a mindset to lose but rather to compete and win. 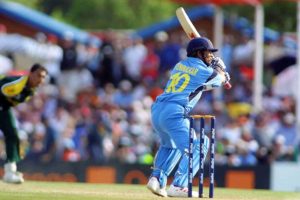 There are numerous striking moments in cricket and one amongst them is the 2003 Cricket World Cup. The master blaster, Sachin Tendulkar led India to a golden victory. The epic knock of Tendulkar is termed as one of the best individual innings in the history. He smashed Shoaib Akhtar, one of the fastest bowlers. It was a winning shot played by Sachin and the Indian fans lauded his performance.

The Indian team also outshined the Pakistan cricket team in the T20 World Cup of 2014 and 2016. Another most striking victory of the Indian team was during the 2007 ICC World T20 tournament. Dhoni cleared the pitch by defeating Pakistan in an exhilarating final of the T20 Tournament. India became the champions in the inaugural World T20 match held in South Africa on 24 September 2007. All these remarkable performances of the Indian cricketers have inscribed their names in the golden history of the nation by bringing pride and honor. 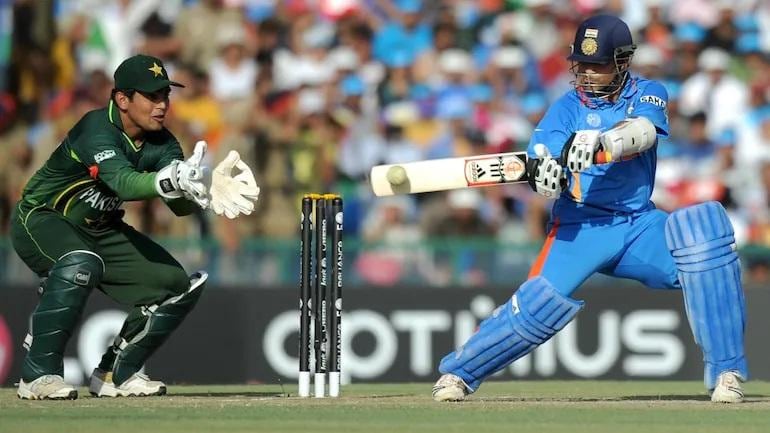 Then comes the 2011 World Cup, it is one of the most celebrated moments in the world of cricketing history. On 30 March 2011, the Indian Cricket team defeated the Pakistan Cricket team by 29 runs in the semi-final clash held at the Punjab Cricket Association IS Bindra Stadium in Mohali. The five Indian bowlers, Zaheer, Ashish Nehra, Munaf Patel, Yuvraj, and Harbhajan Singh took two wickets each to knock out Pakistan for 231, resulting in an Indian win by 29 runs. Moreover, the men in blue maintained their unbeaten record by defeating their arch-rivals in the 50 over World Cup of 2015 and 2019.

The relations between Indian and Pakistan governments have never been steady. And the after-effects of the existent tensions have a diverse impact on the game of cricket. However, cricket is one of the most beloved games worldwide, which attracts a huge audience. It plays a crucial role in determining the performance of the respective teams. The governments of both nations connive and scheme against each other to get one or the other expelled from ICC. Further barring opportunities for one another. Yet it is worth noting that matches between India vs Pakistan have produced the three highest television ratings in cricket history and fanatical fandom. High stakes and political ramifications makes the rivalry unparalleled in all of the sports.

The game of cricket is worshiped like a religion and this is what makes it an iconic event. Despite the India-Pak internal crisis, cricket enables the two countries to perform and showcase their talent and aversion against each other through a clean game of sports.