After a successful Commonwealth Games in Gold Coast Australia, the Indian Badminton team is set to dominate their opponents, but this time at the Thomas Cup 2018 to be held in Thailand from 20th May 2018.

The Indian Badminton team have been placed in Group A along with nine-time champions China, and minnows France, Australia at the upcoming Thomas Cup. However, Indian sports fans must know that India have not even managed to reach the semi-final of the biennial tournament since 1979. 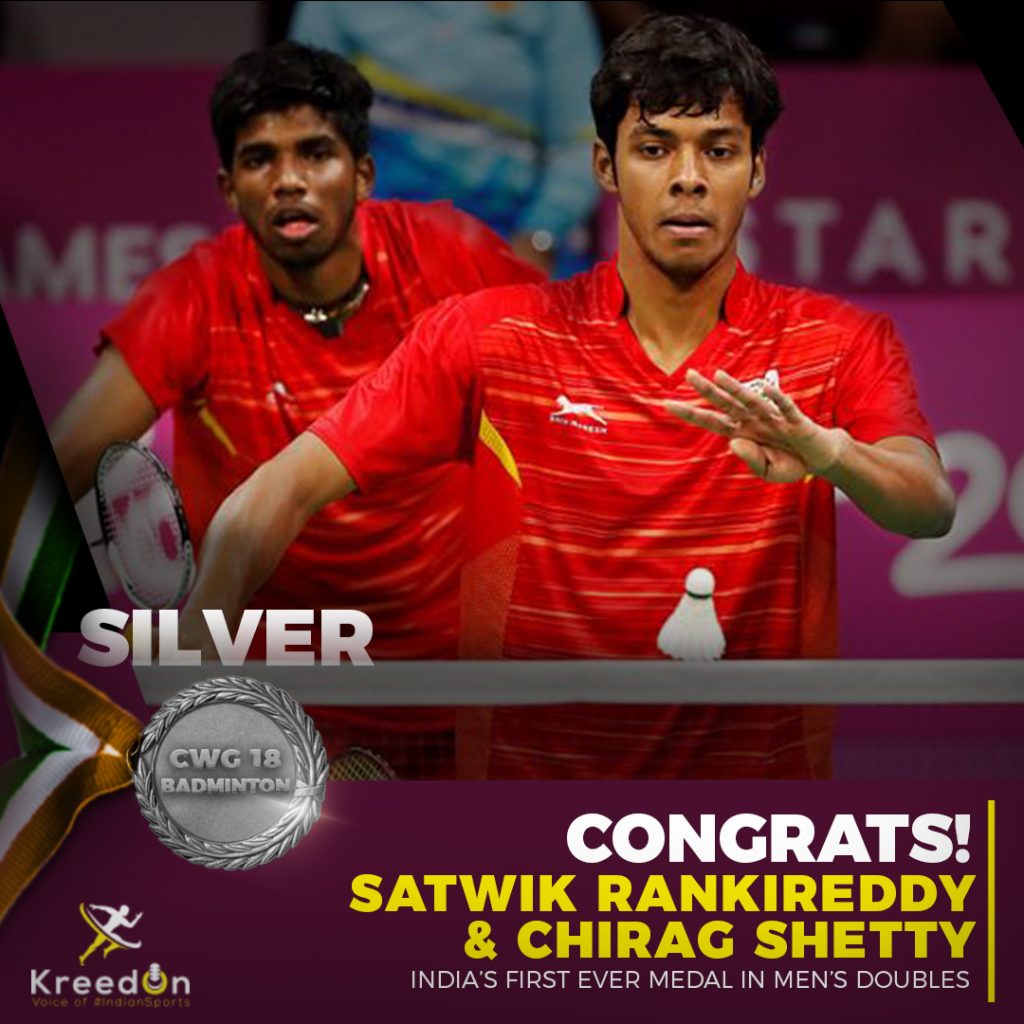 Satwiksairaj Rankireddy and Chirag Shetty, who form one of the most promising men’s doubles pairs in badminton, are confident that the country’s men’s team can finish on the podium at the 30th edition of Thomas Cup, starting May 20 in Bangkok, Thailand.

India have not even reached the semi-final of the tournament since 1979, let alone winning the tournament. Notably, the men’s team had failed to progress to the knockout stages in 2016 as they finished winless in Group B, which had heavyweights Hong Kong, Indonesia and Thailand.

But, Rankireddy and Shetty, who are ranked 18th in men’s doubles category, are banking on the top-ranked singles stars, to give the team the edge over heavyweights “China, Japan, and Indonesia”.

The Indian Badminton squad have been drawn alongside nine-time champions China and minnows France and Australia in Group A. The road to quarter-final looks smooth for India as they are favorites to qualify for the quarter-finals, which will be contested by top two teams from each of the four groups.

“I think we have a great chance of winning a medal. Our top three singles players are in top 20 and then we have Sameer Verma and in doubles also apart from us, there is Manu [Attri] and Sumeeth [Reddy], so if we can pull off one doubles, we can win,” Shetty told the Press Trust of India.

“Srikanth, Prannoy and Sai Praneeth have already proven themselves and we are also confident that we can beat the best players from China, Japan, and Indonesia.” He added.

17-year-old Rankireddy added: “I am preparing for 12th exams and I will join camp in 10 days for our preparation for Thomas Cup. We have a great chance to win the team event as we have three strong singles and two doubles.”

The Indian team at Thomas Cup will be led by world number five Kidambi Srikanth. Prannoy, the world number 10 and Praneeth, world number 19, are expected to play key roles in the team’s campaign.

Both Rankireddy and Shetty are confident of a good show in Bangkok, especially after their impressive show in the recently-concluded Commonwealth Games.

The much-talked-about pair, which reached the final stages of Superseries tournaments in 2017, won India its first medal in the men’s doubles badminton event at the quadrennial multi-sport spectacle in Gold Coast.

They were also part of the Indian team that won an unprecedented mixed team event gold medal.

While maintaining the CWG silver medal was “special”, Chirag opines that his partner and himself are working on various aspects of their game, including attack and net play, in order to prepare themselves for stiffer tests in future.

“The feeling of winning a silver has sunk in now. It was our very first CWG and returning with a gold and silver was dream come true. A year back we didn’t even think of qualifying. Our only aim was to get higher in ranking,” Chirag told PTI.

“We gel very well on the court now. I have started playing well at the net and create an opening for Satwik and I am sure if we can keep our attack for 90 percent of the time, there are hardly any pair who we cannot beat,” the 20-year-old added.

KreedOn Network
We are a team of sports writers who research about sports in India day in day out. Please reach out to us in case of any specific requirement of digital services on [email protected] .
Previous article
Will India’s CWG triumph translate into Asian Games success?
Next article
Indian Tigers tame Chinese Dragons in World Series Boxing

Top 10 Most Common Badminton Faults You Need To Know