India has been on a roll in the tour of Australia. Agreed, the team was in a tremendous form, having already won the Asia Cup and the series against West Indies with fair comfort. But, going by their disappointing overseas record, it was always going to be an uphill task for the Indians in their tour of Australia.

Fast forward to 2019 and India already retained the Border Gavaskar trophy with a 2-1 victory (which would most probably have been 3-1 had the rain Gods not shown mercy on the hosts!).

Who will be lifting this after the third ODI at the MCG in a week? #AUSvIND pic.twitter.com/bQ65NdkaMD

That win was historic in every sense with the Virat Kohli’s team being the first Asian team to win a series in Australia. In addition to that, India also became only the fifth team ever to win in the country (after England, West Indies, New Zealand, and South Africa).

The Men in Blue have suddenly become favourites to win the ODI series now, with both momentum and form with them. Could they script another famous series win as well? 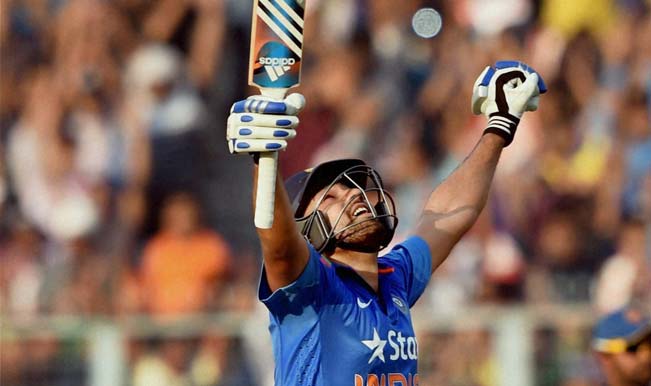 India’s One day International record in Australia is not very encouraging. Apart from a couple of players, the Indian team has traditionally struggled to perform well on its travel. Their last ODI tour came two years ago in 2016-17, under the stewardship of the then captain MS Dhoni.

The 5 match series was an outright run-scoring fest, with both the teams scoring over 300 runs on four of the five occasions. In fact, the series set a new record for most number of runs scored in a bilateral series, with 3,159 runs scored.

In addition to that, the highly entertaining contest also saw as many as eleven centuries. Rohit Sharma was the star of series, scoring blistering innings of 171* and 124. Although the hosts won the series by 4-1, the matches were far from one-sided. India did not necessarily play badly, but it was just that Australia had an edge.

When it comes to ODI form, Australia is at its lowest point as compared to the recent years. The team’s downturn seems to have started after the infamous ball-tampering scandal that saw its captain and vice-captain been barred from international cricket for a year. Post that, they have gone on to lose two ODI series against England (4-1 at home before a whitewash of 5-0 in England) and one against South Africa (2-1, again at home). That puts the Kangaroo’s ODI figures at 2 wins and 11 losses.

That dismal run of defeats has seen them slip to a 6th rank in the ICC ODI rankings with a rating of 100, their lowest in the recent past. If the Indian team is looking to win its first ODI series win in Australia, this is a perfect time.

India, on the other hand, had a blockbuster 2018 when it comes to the ODI form. The team started the year with won the memorable 5-1 ODI series win in South Africa. Although they closely lost out to England by 2-1, the Men in Blue went on to win the Asia Cup before ending the year with a 3-1 series win over West Indies.

India is now ranked second in the ICC ODI ranking and only 5 points short of England. It goes without saying that a series win over Australia will see them topple the European side at the top. More importantly, it will set a solid foundation for the upcoming ICC World Cup 2019.

Australia name a much changed starting XI for the 1st ODI against India on Saturday.

For interesting updates on Indian Sports, stay tuned with KreedOn.

Monish Gadiya
Monish Gadiya is the Head of Content at KreedOn. He is a thorough tech-enthusiast and believes that innovation is the answer to all the problems prevalent in the society. Monish graduated from University of Pune with a degree in Civil Engineering before pursuing a post-graduate diploma course in intellectual property rights. A die-hard football fan, he has represented his college at various football competitions.
Previous article
Khelo India Youth Games 2019: Maharashtra Dominates the Medal Tally
Next article
Prajnesh Gunneswaran Qualifies for the Grand Slam Main Draw

Get to Know What the Six-Hitter Rohit Sharma Does to Stay...