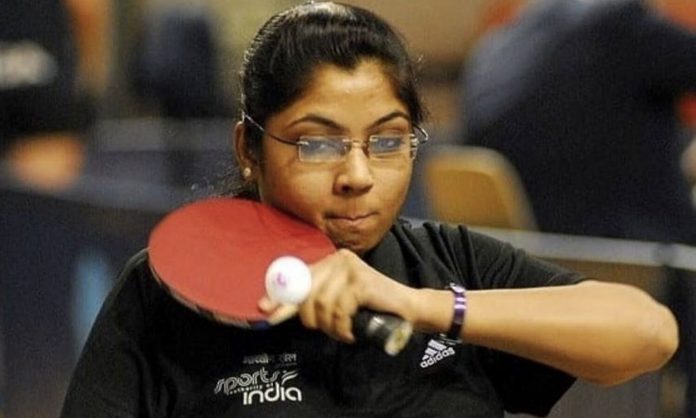 Tokyo Paralympics:  An eventful day for India at the ongoing Paralympics. India competed across 5 sports on Day 3. Paddler Bhavina Patel has assured India of its 1st medal at the games. She stormed into the semifinals. While there was also action in the shot put, archery, and powerlifting.

Bhavina Hasmukhbhai Patel stormed into the semifinals of para table tennis. After losing her opening match, Patel came back strong in the women’s singles C4. She went on to win 3 consecutive matches to make it into the semifinals. And ensured India’s 1st medal at the games. She became the 1st Indian to secure a medal in para table tennis. And only the second female para-athlete after Deepa Malik in Rio 2016.

Patel is up against Zhang Miao of China in the semifinals tomorrow. She is one match away from gold medal contention.

Archers Rakesh Kumar and Shyam Sundar Swami kicked off their campaign. In the ranking round, they finished 3rd and 21st respectively at the Yumenoshima Ranking Field. Rakesh broke off his Personal best.

Vivek and H. Singh finished 10th and 21st respectively in the recurve ranking round to kick off their campaign.

Archer Jyothi finished with a season-best of 671 points and finished 15th.

Rakesh Kumar and Jyothi finished 6th in the mixed compound ranking round. They finished with a combined 1388 points.

Tek Chand threw his season-best of 9.04m and finished 8th. He registered 4 throws out of the 6 allotted. Wallace Santos of Brazil broke the F55 category world record with a 12.63m throw.

Para swimmer Suyash Jadhav finished 6th in Heat 2 of men’s 200m medley SM7 category. He failed to qualify for the next round. He will feature next in the men’s 50m butterfly S7 on September 3rd.

Lifter Sakina Khatun finished 5th. Her final lift was of 93kg after succeeding in the second attempt. Hu Dandan of China clinched gold.

Lifter Jaideep, unfortunately, failed to register a single lift, in his three attempts of 160 kg, 160 kg, and 167 kg. Lei Liu of China clinched the gold