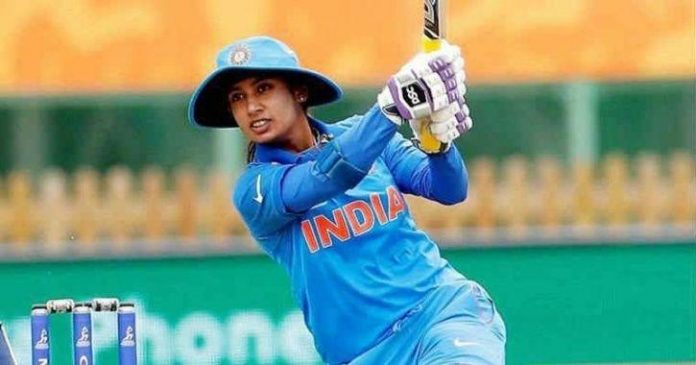 Mithali Raj guided India A to their second T20 win against Australia A with a record-setting and unbeaten century on Wednesday. India now has a 2-0 lead in the three-match T20 series. As a result, the victory meant that the final match, to be played at the Mumbai Cricket Association’s Bandra-Kurla facility as well, will only be a formality.

A veteran, Mithali opened the innings along with Smriti Mandhana, was agonizing for the Aussie bowlers, as she inflicted a 105-run unbeaten knock off just 61 balls.

Although the former went off for just 1 run, Raj stuck to the crease. After Smriti, Jemimah Rodrigues (5), D Hemalatha (2) and Anuja Patil (0) to return quickly. But that did not prevent Mithali from playing defensively. In fact, she played an attacking brand of cricket, striking 18 boundaries and a six in the process.

It took just 31 deliveries for her to amass the first fifty runs. The next 50 came in 29 balls, to round off an impressive ton.

On the way, the right-handed opener registered the highest score by an Indian woman in T20 eclipsing the 102 set earlier by her fellow opener Smriti Mandhana. Mithali, considered as one of the best batswomen in the world of women’s cricket also tuned up well for the World T20.

Skipper Harmanpreet Kaur provided an able support to Mithali with a 57 off 33 balls as they put up a stand of 85, ensuring that the hosts went past the 175-run mark with fair ease.
Due to their unbeaten knock, the hosts were successful in piling a colossal 184/5 in 20 overs, a score the visitors could never surmount.

Indian bowlers then restricted the visitors to 156/9, ensuring an easy win for the team.
The Aussies were never in the hunt in the chase as they lost wickets at regular intervals.
Though opener Tahlia McGrath with a 47 did show some resistance, she found no support from her partners as the Indian bowlers ticked all the boxes.

Spinner Deepti Sharma (2-32), Poonam Yadav (2-29) and Anuja Patil (2-31) were at the wicket hunt as Radha Yadav, Pooja Vastrakar and Harmanpreet Kaur too grabbed a wicket each.

The results will be a welcoming sign for the team, especially with World T20 approaching in the Caribbean land next month.

KreedOn Network
We are a team of sports writers who research about sports in India day in day out. Please reach out to us in case of any specific requirement of digital services on contact@kreedon.com .
Previous articleIndia vs West Indies 2nd ODI: ‘Magical’ Virat Breaks Records as an Inspired WI Tie
Next articleGiving a boost to sustainable sporting eco system in India, Global Sports Show 2018 is back with its third edition