Team India claimed their biggest test win in terms of runs by defeating New Zealand by 372 runs on Monday. India finished the New Zealand 2nd innings for 167 on the fourth day of the test. The kiwis were chasing a mammoth total of 540 after getting bowled out for 62 in their first innings.

India had made an impressive total of 325 in the first innings. The biggest contributor in the innings had been Mayank Agarwal with his century. He ended up scoring 150 runs. Important contributions were made by Axar Patel (52) and Shubman Gill (44) too.

Azaz Patel became the third person in the history of cricket to take 10 wickets in an innings.

The second innings of the New Zealand team ended quickly as India dispatched them for 62 after deadly bowling from Ravi Ashwin (4/8) and Mohd Siraj (3/19).

India declared their second innings for 276/7 giving the World Test Champions a huge target of 540. Mayank Agarwal (62) was once again the pick among the batsmen.

The 2nd innings of New Zealand were once again finished in less than 60 overs despite contributions from Daryl Mitchell (60) and Henry Nicholls (54). India won the match by 372 runs, bowling the kiwis out for 167.

There were several records made in this match including- 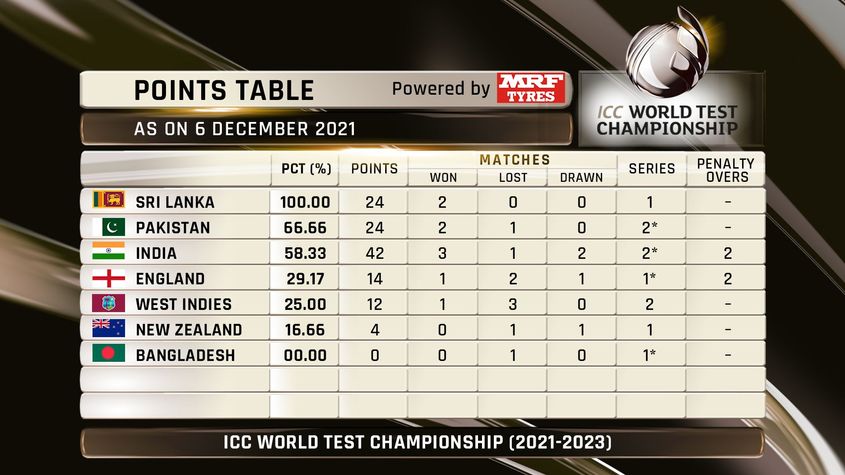 After this series and match win, India now stands on number three on the World Test Championship points table. India has 42 points and a win rate of 58.33. Team India is only behind Sri Lanka and Pakistan in the points table.

India will now play a three-match away test series against South Africa from 17th December.