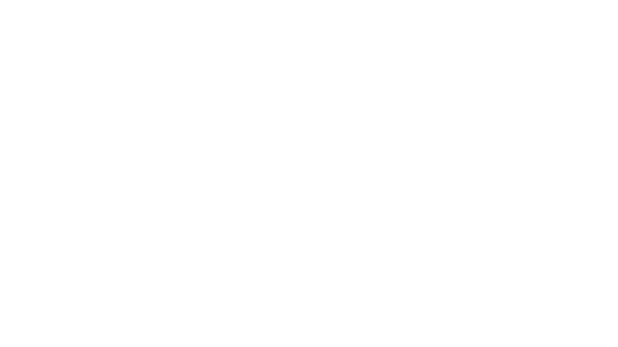 Lose out in a thrilling contest by 4-runs, Dhawan’s heroics in vain.

Team India failed to start the Australia tour ideally after losing the rain-hit opening T20 International by 4 runs at the Gabba in Brisbane on Wednesday.

India had a bad day fielding, as they let Australia score 158/4. It was T20 specialist Glenn Maxwell who rose to the occasion for Australia, hammering 46 runs from just 24 balls. However, a 45-minute rain stoppage only meant India had a daunting, revised target of 174 runs from 17 overs.

Opener Shikhar Dhawan hit a convincing 76 off 42 balls, boosting his chances for inclusion in the ODIs. He was followed by Dinesh Karthik, who came up with a sublime knock 30 off 13 balls towards the end. However, that was not enough as India fell short by 5 runs after wrapping up for 169/7.

As for the hosts, it will be a morale-boosting win, having endured a grim run in the limited overs cricket of late.

The second T20 of the three-match series will be held in Melbourne on Friday.

Australia started the first innings in a slow fashion after asked by India to bat first on a green field.

Bhuvneshwar Kumar (0-15) and Jasprit Bumrah (1-21) were the picks of the Indian bowling side as India ensured a dominating display. Kuldeep Yadav too was impressive.
Elsewhere though, it was a match to forget for Khaleel Ahmed and Krunal Pandya. Both of them proved to be costly, having conceded 42 and 55 runs respectively.

Glenn Maxwell and Chris Lynn ensured that Australia was successful in putting up a competitive total of 169/4 before rain stopped the proceedings.

Shikhar Dhawan propelled India to an impressive start. He successfully registered 35 off 25 balls for the opening partnership with Rohit Sharma (7).

Sharma, having started slowly, got caught at long-on off a Jason Behrendorff delivery in an attempt to accelerate his innings.

Coming at number 3, Rahul and Dhawan did look to settle in their roles as they put up 46 runs for the second wicket. But the former got out after scoring just 13 runs after being stumped off Adam Zampa in the 9th over.

Nevertheless, Dhawan was continuing his onslaught on Australian bowlers, hitting ten 4s and two 6s (on the whole). His ninth T20I half-ton came off only 28 balls.
Zampa went on to send another victim back to the pavilion, this time Indian captain Virat Kohli, who managed 4 runs in his brief appearance.

As the asking rate started climbing Dhawan started too hit big shots. In fact, he was twice lucky, after being dropped on 65 and then on 74 by substitute Nathan Coulter-Nile. However, he was eventually ousted by Stanlake.

As a result, it was onto the pair of the rookie batsman Rishabh Pant and experienced T20 expert Dinesh Karthik.

They almost achieved what looked like an impossible target, scoring 51 off barely 24 balls. However, as Virat later rightly pointed out, the dismissal of Rishabh Pant that was the key for the Aussies to turn the tide in their favour.

After the wicket-keeper-batsman departed, it left Karthik with a difficult task of finishing off the innings, and he indeed found the going tough with minimal batting support on the other end. The match went down to the wire with India needing 13 off the last over.
The nerves got the better off Karthik, as Marcus Stonis (2-27) dismissed him and later Krunal Pandya (2) in consecutive deliveries to see off the match.

Later he also picked up 2-24 in his four-over spell. He dismissed Finch and then sent back Lynn as well, thus reducing Australia to 75-3 in the 11th over.

Apart from Yadav’s stunning effort, India was rather poor in the field. Skipper Kohli had dropped Finch in the fourth over, a straight chance spilt at the cover, and then miss fielded later on as well.

Ahmed too dropped Stoinis (33 not out off 19 balls) late in the Australian innings, while Maxwell should have been run-out.

Finch took advantage of the reprieve and put on 40 runs off 26 balls with Lynn for the second wicket.

But it was Maxwell who stole the show with his belligerent hitting as Australia crossed 150 in the 16th over. He put on 78 runs off 37 balls with Stoinis as Indian bowlers proved expensive even before the death overs began.

Krunal Pandya had a forgettable day with both bat and ball. He went for 0-55 in his four overs before rain intervened, sucking out momentum from the Australian innings and leaving them only five deliveries on the resumption of play.

Bumrah bowled cleverly, conceding only five runs after the disruption, while Australia still finished with a challenging total on the board.

Monish Gadiya
Monish Gadiya is the Head of Content at KreedOn. He is a thorough tech-enthusiast and believes that innovation is the answer to all the problems prevalent in the society. Monish graduated from University of Pune with a degree in Civil Engineering before pursuing a post-graduate diploma course in intellectual property rights. A die-hard football fan, he has represented his college at various football competitions.
Previous articleRahul Chaudhari Biography, Kabaddi, Age, Instagram, Lifestyle, Raider
Next article‘Magnificent Mary’ Storms into the Finale of the Women’s World Boxing Championships

India vs Australia Preview: Can the Men in Blue Repeat the Trick?

India vs Australia Preview: Can the Men in Blue Repeat the...