If IPL 2019 Players Were the Cast of Avengers Endgame 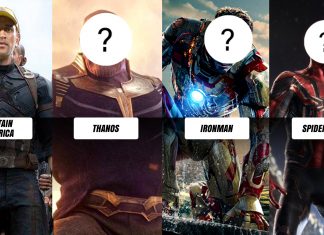 What happens when superheroes gather to avenge their beloved friends’ death and rally against the universe’s most dreaded villain ever? An epic finale, isn’t it? Well it is indeed! Marvel’s Avengers Endgame has taken the global box office by storm with fans queing up to watch their favourite superheroes fight it out for the one last time. The film has already shattered the world record by grossing $1.2 billion globally and the figures are only going to swell in the coming time.

But what if the IPL 2019 players were the cast of the Avengers Endgame? Can you guess which Marvels character your favourite cricketer be? Let’s have a look:

(Please note that the blog may contain spoilers. Read at your own risk!)

In Infinity Wars, Dr. Strange used his Mystic Arts to view some 14 million possibilities in which to defeat Thanos. Back at home, Mystery spinner Ravichandran Ashwin had to use his immense powers himself to find that one way to dismiss Rajasthan Royals’ Jos Buttler, who was batting at 69. In the end, like Dr. Strange, Ashwin did find out the one possibility of stopping Buttler – by Mankading! And indeed, the prophecy did help as the dismissal changed the course of the match.

In Avengers Endgame, Chris Hemsworth’s Thor is depicted as someone who has lost everything, his family and friends. He went into depression but still took on the mighty Thanos – and defeated him.
Similarly, Hardik Pandya lost his career after the infamous KWK controversy that saw people question his place in Indian line-up. Nonetheless, like Thor, Pandya made a comeback by helping his team win on multiple occasions. He even won his place back in the Indian team for the 2019 World Cup.

Virat Kohli and Ironman share many similar traits making this an obvious match – extremely talented, smart and consistent. What more, even their outfit colours (Red and Golden) match!

But that is not the only reason why we think Kohli is the doppelganger of Tony Stark. Like Ironman takes his defeated Avengers team (from the Infinity Wars) to beat Thanos (in the Endgame), Kohli also took his team from 6 consecutive defeats to four wins in the last six games. Of course, it would have been a dream if RCB would have made it to the Playoffs. But then, life is never really same to that depicted in the movies.

In 2017’s Spiderman: Homecoming, Peter Parker is shown as a teenager with immense talent but oblivious on how to use his skills. But then, Tony stark saw his potential and gave him a break with the Stark internship. With his due mentorship and grooming, Spiderman developed into one of the main constituent of the Avengers.

Almost similarly, Virat Kohli discovered Yuzvendra Chahal‘s talent and backed him. As a result of his support and mentorship, Chahal became one of the country’s leading bowlers. He also made it to India’s World Cup squad.

Chahal is known to throw deceiving balls, just like Spiderman throws web-balls. What more, they even have a similar lean physique!

For the first time in the Avengers series, there was peace and balance between Bruce Banner and Hulk. Banner could transmogrify into the green giant almost whenever he wanted and this was crucial in the Avengers win in the end.

Quite similarly, SRH’s David Warner and Jonny Bairstow maintained a balance between each other and played some sublime innings in the opening slot. In fact, they amassed a total of 1056 runs between them. It is important to know that the two openers from England and Australia are fierce rivals in international cricket.

This is not the most difficult guess at all. Captain America is known to be a have a peak physical condition, heightened strength, endurance & agility. Moreover, he is also known for his skilled military leadership and strategies to guide the Avengers against the evil forces.

India’s very own Captain Cool, Mahendra Singh Dhoni is no less. Even at the age of 37, he is as fit as a player in his late 20s. Moreover, MSD shares the cool and smart leadership qualities with Captain America.

In the Avengers Endgame, like Black Panther comes in at the end and saves the world, South African bowler Kagiso Rabada helped his team, Delhi Capitals, make it to the playoffs with an incredible bowling display.

Not only do the two hail from the same region (Southern Africa), but they also uncannily resemble one another.

While Black Panther has given Marvel Comic Universe’s its highest rated film yet (Black Panther), Kagiso Rabada has given Delhi Capitals the highest number of wickets this IPL season.

Loki is one of those interesting characters of the Marvel Universe who, like a pendulum, goes from being good to bad in matter of seconds. He is never in the main action and always likes to be behind the scene. You may have known by now where this is headed.

In the 2019 IPL edition, the umpires’ erroneous decisions have been the talk of the town. May it be Malinga’s last over no-ball against RCB, or Ben Stoke’s illegal delivery against CSK, umpires’ inability to discern these match-turning events made them villains for the losing teams, thus, the comparison.

Thanos, the ultimate bad men of all, is known for possessing limitless superhuman strength, stamina, speed, immortality. And the one IPL player that can have such capabilities is Andre Russell. Agreed, Andre Russell deserves to be compared with anyone but the most dreaded villains of Marvel Universe. But then, while he becomes the Kolkata Knight Riders fan’s superhero (In fact, Russell recently revealed how he loved fans calling him a superhero) by single-handedly changing the course of the games, he becomes a villain for opposition teams. To put it simply: Similarly as the Avengers feared the stones-laden Gauntlet didn’t fall to Thanos, the IPL teams fear Andre Russell doesn’t get his hands over the bat.

For more updates on IPL, stay tuned to KreedOn, the voice of Indian sports.

Monish Gadiya
Monish Gadiya is the editor of KreedOn. He is a thorough tech-enthusiast and believes that innovation is the answer to all the problems prevalent in the society. Monish graduated from University of Pune with a degree in civil engineering before pursuing a post-graduate diploma course in intellectual property rights. A die-hard football fan, he has represented his college at various football competitions.

The 14th of February is celebrated worldwide as Valentine's Day. Flowers, Candy, and gifts are exchanged across the world between loved ones on the...
Read more
Top Picks

Badminton is a sport with a massive following in India. The country has produced some top stars of the sport over the decades including...
Read more

5 Best IPL Funny Moments That Will Make You Go ROFL