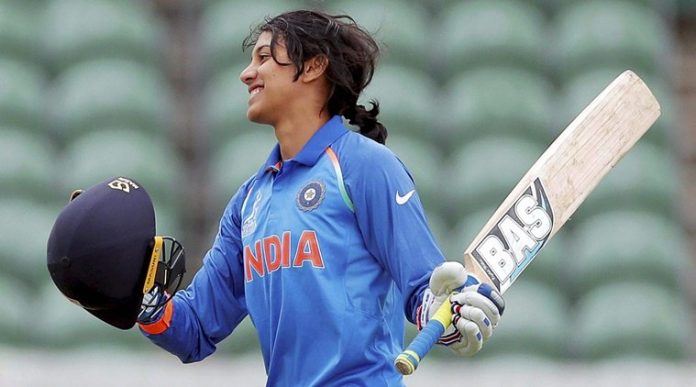 Indian batswomen Jemimah Rodrigues and Smriti Mandhana have jumped four places in the lastest T20I rankings released on Tuesday. Rodriguez and Mandhana are now ranked second and sixth respectively in the ICC T20 rankings despite their team’s 0-3 loss in New Zealand.

18-year-old Rodrigues’s 132 runs in the three-match series against New Zealand have propelled her to the second position while Mandhana who is the numero uno in ODI rankings, has jumped four spots to number six after finishing as the leading run scorer in the recently concluded series with a total of 180. The left-hander blasted two half-centuries against New Zealand.

New Zealand’s most experienced Suzie Bates leads the chart of the ICC T20I batting rankings followed by Rodriguez. Deandra Dottin from West Indies is the third and Australia’s Meg Lanning is the fourth. Another Windies player features in the top five. Stephanie Taylor is fifth.

Indian Spinner Radha Yadav has jumped a massive 18 places, moving to 10th after taking four wickets in the series, and Deepti Sharma has gone up by five places to 14th. Poonam Yadav is the top-ranked Indian bowler. She is placed 2nd on the chart.

Australia’s Megan Scutt leads the table by a huge margin. It would be near impossible to catch up with her in near future. She is at 796 points followed by Yadav’s 707. England’s Sophie Ecclestone and Anya Shrubsole are ranked third and fifth respectively. Australia’s Ellyse Perry is fourth on the list.

Windies’ Deandra Dottin has grabbed the top spot among all-rounders. Dottin has been an amazing performer in a 2-1 series win in Pakistan. Dottin has moved up two places to third among batters after scoring 158 runs in the series while her three wickets have lifted her two slots to 29th among bowlers. She is followed by Stefanie Taylor (WI), Dan van Niekerk (SA), Sophie Devine (NZ) and Ellyse Perry (Aus).

In the team rankings, New Zealand has overtaken England to second place. Australia continues to lead the table while the West Indies and India are fourth and fifth respectively.

For more updates on cricket, stay tuned to KreedOn, the voice of Indian sports.

Gaurav Kadam
Gaurav Kadam is a young sportswriter and journalist who is a huge cricket enthusiast. He is a bibliophile and a movie and American TV series buff, who is completely addicted to Netflix. Gaurav is liberal in thoughts and agnostic in deeds.
Previous articleIrani Cup Day 1 Roundup: Vihari, Agarwal guide Rest of India to 330
Next articleTop 10 Indian Women Cricket Players to ever graced the game

Indian women’s team thump West Indies in their own backyard