Basketball is one of the most popular games played and watched throughout the world. It is a physical game that demands fitness and shape. This makes the sport both challenging and fun at the same time. If you are a newbie in the game looking for the right direction to go to, you are at the right place. Here’s a complete guide on how to play Basketball for beginners. So without wasting any more time, let’s get started.

I. Basics of the game

Before starting to play the game, it is important to know about its rules. Basketball is a 2 team game with 5 players of each team playing on a court at a time. The team having possession of the ball is called the offence and the other team is termed as the defence. It is played on a rectangular court with a hoop and ring system, known as the basket, set up 10 ft above the ground on each end of the court. The ultimate objective of each team is to put the ball in the basket and score more than the opponent team in the given time.

A team is awarded 3 points for scoring the basket from outside the 3 point arc and 2 points for scoring from inside the arc. In the case of free-throws, only 1 point is awarded per basket. Free throws are awarded in special scenarios where fouls are involved. Before we get into different player positions in basketball, here are some basics of fouls and violation rules of the game that one needs to keep in mind while playing.

Also Read | All You Need to Know About Basketball: History, Dimensions, Rules and Competitions

Fouls and violations are the only reason apart from the ball going out of bounds for change of possession of the ball in a running game.

Hitting, pushing, slapping, holding, reaching (sticking out a limb to block the path of an offensive player) or any other illegal physical contact.

When an offensive team player runs over or pushes a defender who has established his defensive position.

When a defender has not established his position while blocking a player’s drive to the basket.

Hitting, kicking, punching or any other violent physical contact with the opposite player.

Intentional physical contact without enough effort to steal the ball.

Foul Language, obscenity, obscene gestures or any other unsportsmanlike conduct. Even misbehaviour with the referee or audience can lead to techs.

Taking more than 2 steps while in motion or lifting the pivot foot from a stationary position with the ball is counted under travel violation.

Palming the ball or taking a hand too far to the side is termed jas carrying violation.

Dribbling the ball with both hands or dribbling it again after once stopping the dribble.

If multiple opposition players gain possession of the ball at the same time, it makes for a held ball.

If the offensive team the ball back to the defending court, it is called a backcourt violation.

Now that we know all the basic rules and regulations of the game, let’s get into different positions in basketball and corresponding skills that are required at that position.

The point guard is also known as ‘floor general’ or ‘coach on the court’. They are responsible for directing other players on the offensive end orchestrating a play like an orchestra conductor. He is generally the best ball handler in the team and also has the best court vision and decision making in the team.

Shooting Guard is generally the best scorer in the team. They are the best outside shooter on the roster. A shooting guard also has the ability to dribble fast and drive to the basket which makes them a problem for the defensive team.

Power forwards are also known as the post up players as they play close to the rim like centres. They spend most of their time inside the 3-point line. They are basically more agile centres who plays with aggression on both ends of the floor.

a) Shooting: They are expected to take position near the low post and hit some easy shots over the defender.

b) Defence: Generally the second tallest player the squad, they have to be active in the paint to block the shots. Also, because of their position on the court, they might end up defending the opposition’s centre. This is all the reason for a power forward to be quick and strong in defence.

c) Rebounding: Power forward makes all the difference in the extra rebounds that a team can collect on both the ends. Being close to the rim makes it a necessity for them to have great rebounding skills. It is about how hard one wants to get that ball bouncing off the rim.

The centre is usually the tallest and the strongest player of a team. They are positioned near the basket to dominate the opponent close to the rim.

On the defensive end, they are expected to block the opponent’s shots and steal some passes in the vital area. Also, being closest to the rim and tallest player in the team, they have the highest probability to secure the rebound.

Here are some final tips you might want to remember while to play the beautiful game of basketball. 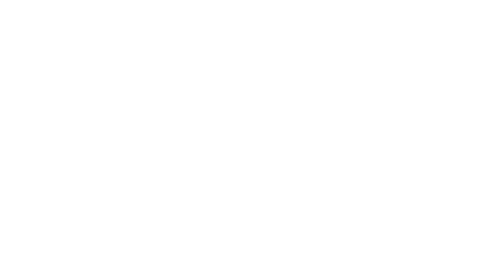 “If you do the work you get rewarded. There are no shortcuts in life.”

Raghav Heda
Raghav is a sports enthusiast and a content writer at Kreedon. Being a former state-level cricketer and Captain of the Basketball team at IIT Patna, he understands the problems faced by a student-athlete in India. He is also a die-hard NBA fan and has been following the league and American Sports Media for long. Comparing the Indian sports economy to American Sports' was something that motivated him to work for the development of Indian Sports.
Previous articlePriya Punia Biography: Behind every successful girl is a supportive father
Next articleIndia’s 2011 World Cup hero considering retirement for T20 Leagues

There is something about PV Sindhu, something that started a billion conversations, generate millions of dollars, and completely revolutionize Indian sports.
Read more
Squash

With its unique four-walled court and one of its kind playing style, Squash is one of the most interesting indoor sport. Squash has gathered...
Read more

Pacers and Sacramento Kings to Play in the First Ever NBA...

Satnam Singh: The One in a Billion Basketball Player from India