Our everyday lifestyle is regulated by the field of data analytics, rapidly expanding in new markets and prospering to a great extent. Nowadays, research analysts are attracted to sports data analytics. New strategies are in use by coaches and players to improve their performance. They together review the game’s film, which gives them a new insight into the game’s strategy based solely on the footage. This not only improves their game plan but also enables the coach to recognize the strengths and weaknesses of the team players without having to keep an eye on them all the time.

Over the years, sports data analytics has transformed decision-making and other strategies such as preparing defensive strategies, drafting players, and so on. Data analytics has revolutionised the sports era with its principles and data collection methods.

The transition of data analytics in sports

Sports data analytics is a boon to the sports industry and has well established its roots in the foreground of the institution. Its transition in the sports industry can be traced back to the victory of the Oakland A’s and Billy Beane over the competition. The Executive Vise President, Beane used a contemporary and creative approach for his team members by hypnotizing them and making them believe that the game could be won using players with the highest on-base percentages. However, this was unfamiliar and discrete from the norms of the traditional approach. In response to his strategy, his team recruited and mustered baseball players that seemed appropriate according to his theory, which grasped a grand success for the team. Signing up unconventional baseball players was a huge achievement with fruitful results.

Subsequently, sports analytics skyrocketed its influence upon every major and minor sports platform and in no time established its own position as an independent organisation. Currently, data analytics gathers and analyzes information that governs every move, decision, goal, shot, assist and pass made by the player in all the tournaments.

Several strategies came into existence for collecting data for sports analytics, especially cameras that were effective for accumulating data based on the performance of the players. For instance, in the early 2000s cameras were installed in all stadiums to keep tabs on the performance of players at different tournaments. One tournament that followed held by National Basketball Association, used cameras for observing and analysing performances. The cameras were a boon to the game as they recorded everything during the game, which included blocks, picks, shots, movements, and other specialized moves.

This information is recognized and recorded by software and is further sent to a team of professionals for analysis. A team of analysts is appointed to examine the game film for inputs and insights that help to improvise the performance. The analytics recreate sports scenarios using the available data to monitor and determine every step, shot, and pass made by the player. The data is further compared to other leagues.

Different games use varying methods to collect and analyze data, which is efficient for regulating team strategies, and collective and personal decisions that help the team.

Uses of data science in sports

Sports analytics is beneficial for both the coaches and players, while some argue that relying solely on the data affects the performance of the players. The data analysis and decision-making of players should go hand in hand during the game. However, the players always have a final say in their performance and sports analysis is used as a tool by the coaches and players to accomplish in the tournament.

Analytics also help to determine the strengths and weaknesses of the players, which further helps to formulate relevant strategies against the opponents. Data is not only analyzed for the home team but also the weaknesses and strengths of the opponent team are analyzed for better performance.

However, relying only on sports analytics doesn’t make a difference unless the coaches and players imply backbreaking efforts and sheer hard work for improving their game mobility. It benefits them to seek and understand information throughout the course of a season of a game.

READ | The changing view of sports experience through social media

Sports analytics has revolutionised the era of the sports industry with its outstanding methods of data interpretation. For instance, it has transformed the way every team shoots the ball in the NBA and has vitally improved the performance of other games as well. Sometimes, the best and strategically important players are overlooked by the team but sports analytics help in recruiting them for the best results.

It is also widely used by recruiters and coaches to sign and draft the data of the non-popular players that are at the same time very productive. These players accumulate honourable achievements for the team and glorify their name, assigning great value to the team and teammates.

Sports analytics is widely being used by all sports enthusiasts to change the future of the sports industry. 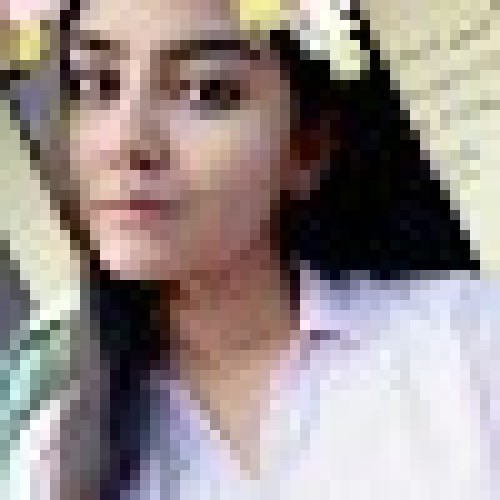 Ayushi Bhatti
I am Ayushi Bhatti, a graduate of B.A. English Honours from St. Stephens College, University of Delhi. Currently, I am pursuing M.A. in Journalism and Mass Communication from Sharda University. Over the years, I have attained proficiency in the English language through my consistent hard work and efficient writing skills. I have formerly written content for several prestigious platforms and some of them are NDTV Lifestyle Swirlster, LernEzy, Yhills, Kreedon, Zee Media. I have also been doing freelance writing besides writing articles, blogs, advertisements for campaigns, and website content. I possess the capability to write insightful and lucid content to bewitch my readers.
Previous article
CWG 2022 Day 6: 1st ever medal for India in High Jump & Squash | CWG 2022 Day 6 Highlights
Next article
Top 10 Biggest Sports management companies in India

Anurag Thakur: India Ready To Bid For 2036 Olympics, Gujarat has...