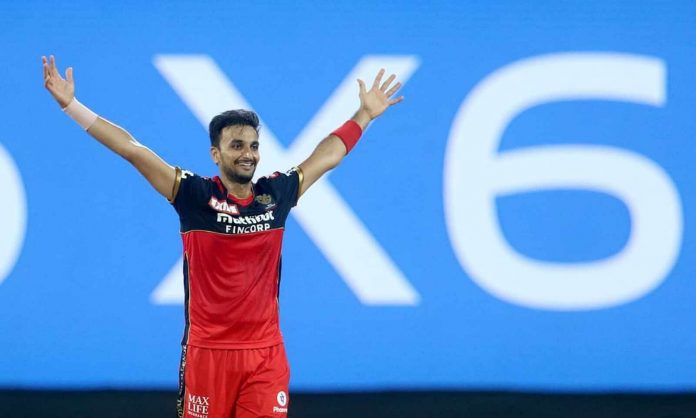 Dwayne Bravo in 2013, Kagiso Rabada in 2020, and Harshal Patel in 2021. These are the three times an IPL Bowler took 30 or more wickets in IPL. Unlike the other two, Harshal Patel was not a favorite to win the prestigious purple cap at the start of IPL 2021. But what experts will always say is that there always seemed something special in the right arm seamer who has a particularly dangerous Slower ball.

At a very early age, in 2005, when his parents decided to move to the United States, Harshal chose to remain in India to prepare himself for the Indian Cricket Team. Harshal is thus a USA Green Card Holder.

From a very young age of eight, he started training under the guidance of Tarak Trivedi on Cricket. He also played in the CLNJ Tournament, an acronym for Cricket League of New Jersey after joining the Aggressive Cricket Club.

His performance in the under-19 level was impressive as he took 23 wickets in the 2008-09 Vinoo Mankad Trophy. Then, after working with Former England Cricketer Ian Pont, Harshal made his debut for Haryana against Delhi in 2011.

Harshal got selected for the U-19 World Cup in New Zealand, held in 2010. Patel made his debut against Delhi in the domestic cricket circuit. He later took five wickets against Bangalore. Harshal continued his great run, taking eight wickets in the next match against Rajasthan.

Harshal Patel has continuously proven himself impressive with his bowling. One of his standout performances came during the 2011-12 Ranji Trophy season where he had taken two consecutive eight-for in the quarter-finals and semi-finals.

He began playing for Haryana only after he had not been given any chance to play for Gujarat for a Long Time. His bowling speed might be average but his slower deliveries and his ability to swing certainly make him a great candidate for Indian Team in the Future. 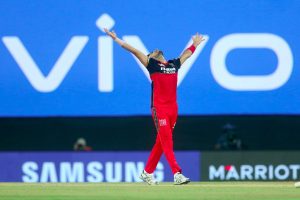 Harshal was bought by Mumbai Indians way back in 2010 for Rs 8 Lakhs but unfortunately, he didn’t get to play that year. He began his IPL journey in 2012 with RCB. He was later taken by Delhi Capitals (Then, Delhi Daredevils). He returned to RCB in 2021 which turned out to be his best year to date.

His best year before 2021 was 2015 where he took 17 wickets for RCB. In the first match of 2021 itself, he started the season on a high note taking five wickets against Mumbai Indians. Later he took a hat trick against the same team.

Despite going for 37 runs, the joint-most expensive over in IPL history, Harshal Patel still emerged as a champion player in IPL 2021 taking 32 wickets in the entire season, the joint highest wickets for an IPL bowler in a season, a record he shares with T20 veteran Dwayne Bravo.

During the RCB vs SRH encounter in IPL 2021, there was a small controversial event as SRH Captain, David Warner, seemed to be upset with the umpires that Harshal Patel was not dismissed from the bowling attack after bowling two waist-high no balls that day.

Later, Patel discussed how the No-Balls were basic mistakes that shouldn’t be happening from him. He also said that the bowl was slipping out of his hands due to sweat which might have caused the no balls.

This one means a lot. 45 days of despair and disappointments made this last game (my first) very special. pic.twitter.com/VZiUvBlzHT