An Engineer from IIM Ahmedabad turned Sports Broadcaster, Harsha Bhogle is very popularly known as the Voice of Indian Cricket. He works as a presenter, anchor, commentator, and expert for various media houses. Harsha Bhogle is regarded highly among the Indian and International audience to get their cricketing knowledge right. He is very popular for the style of his storytelling. 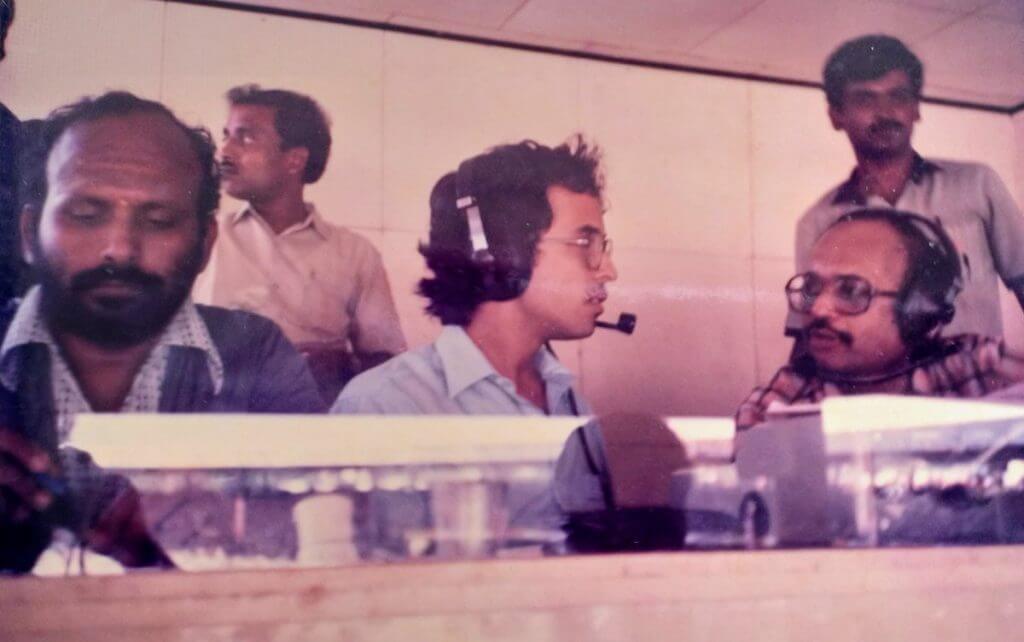 Bhogle, an Engineer from IIM Ahmedabad, considers himself the least educated in the family. His father, A.D. Bhogle is a professor of the French language. And his mother, Shalini Bhogle is a professor. His two siblings, Svati Bhogle and Srinivas Bhogle are also highly educated.

Harsha Bhogle completed his B. Tech in Chemical Engineering. After that, he worked in an advertising agency for two years. He switched lanes after that and joined a sports management company, where he worked for two more years. He is married to Anita, his classmate from his engineering days. They have two children, Chinmay and Satchit.

Bhogle has changed his career a few times. During his university days, he played as a division cricketer for Hyderabad and represented Osmania  University in the Rohinton Baria tournament. After he completed his education, he worked in an advertising agency and a sports event management company for a few years.

He got his first gig as a cricket commentator at the age of 19 with All India Radio while living in Hyderabad. He became the first Indian to be invited by the Australian Broadcasting Company to cover Australia vs India series in 1991-1992. Ever since then, he covers India’s Australian tours for ABC.

He started working as a commentator in IPL in 2009. Before that, he was Mumbai Indian’s cricket advisor. He was dropped out of the 2016 season based on some alleged criticism from some players.

He started hosting the pre-match and post-match shows in the 2011 World Cup hosted by India, Sri Lanka, and Bangladesh. Ian Bishop asked him to do the commentary all alone in 2013 in Sachin’s retiring moments. He considers this as an achievement.

Harsha currently works as a broadcaster and expert with Sony Sports Network and Times group subsidiary Cricbuzz. He also works on many other projects. Mission ISRO, a podcast on Spotify is one of them.

Harsha Bhogle has authored a few books including a biography of Mohammad Azharuddin. Based on his knowledge gained from the business in the sporting world, he and his wife Anita co-wrote a book called The Winning Way. He has collected his published articles in a book called Out of the Box.

Started at an early age with no formal training, Harsh Bhogle is one of the most appreciated, experienced broadcasters and journalists in the world who is inspiring many young minds to take up this field of work that is not so usual among other careers.

Welcome to #MissionISRO season 2. The Asiad in 1982 was the first time India saw live sports in colour, and ISRO was a critical part of the plan. Could they make it happen on time? Listen now – https://t.co/ZZYCxyJ31M on @spotifyindia pic.twitter.com/7SQbVSMSzs

This was one of those nice moments that you encounter only occasionally. I've done a post on it on my Instagram account, in case you want to hear a bit more. pic.twitter.com/zworRuAhRs

50 Best Motivational Books on Athletes Everyone Should Read

This is what makes Sachin Tendulkar the ‘God of Cricket’ |...