One of the highly discussed-about personalities in the current Indian squad, Hardik Pandya is a complete white ballplayer who has been successful in surprising everyone with the red ball as well. In his short career in international cricket, Hardik has made an excellent name for himself while registering some great numbers in the process. From being dropped out of state team with attitude issues to cementing his place in the Blue squad, Hardik Pandya has had one heck of a career. One of the most talked-about celebrities in India, Hardik manages to remain in the news, either for his remarks on talk shows or his match-winning performances for the nation. Through all his thick and thins in the recent past, the Hardik Pandya family has been standing by his side.

There is no hiding the fact that Hardik is an outspoken expressive personality. Apart from his immature behavior in public, every Indian fan hopes and believes that we may have finally found a true fast bowling all-rounder for the first time after legendary Kapil Dev. In his short but glamorous career till now, Hardik has never forgotten to thank his parents and family. Here is a complete look at the Hardik Pandya family.

Hardik was born on 11 October 1993 to Himanshu and Nalini Pandya. Himanshu was into a small car finance business in Surat where Hardik and his brother Krunal were born. A visionary of his kind, Himanshu decided to provide both his son with a better cricket facility and the family shifted to Vadodara. Hardik was just five years old when Himanshu enrolled both his sons into Kiran More’s cricket academy in Vadodara. The Hardik Pandya family would live in a rented apartment in Gorwa. The Pandya brothers used to travel by second-hand car to the Cricket ground far away from their rented home.

In spite of being financially weak at the time, Himanshu ensured that kids don’t go to sleep hungry at night while paying for their schooling and cricket fees. He supported his son’s decision of dropping out of school in the ninth grade to focus on Cricket as he always believed in both of them. In fact, his father jumped to his defense during Koffee with Karan controversy. He claimed that his son was innocent, and he spoke only to entertain the audience.

“He was only looking to entertain the audience. So, it [his comments] should not be viewed very seriously or negatively. He is an innocent boy with a very fun-loving nature.”

Hardik was highly criticized for his borderline sexist and racist comments during his appearance at Koffee with Karan alongside KL Rahul. But the Hardik Pandya family stood by him in his odds.

Left-handed batsman and spinner, all-rounder Krunal Pandya is the real brother of Hardik Pandya. The Pandy brothers are the rare siblings who have played for an international team together. Though Krunal is two years older than Hardik, he was marginally late in making it to the big stage. Hardik and Krunal (Pandya brothers) have always played together since childhood. Both all-rounders and matchwinners used to complement each other well.

11 Famous brothers in cricket history who glorified the game

The Pandya family was in worse financial shape in 2015 before Hardik was picked up by Mumbai Indian for the IPL. One season later, Krunal was also picked up by the side. Since 2016, both Pandya brothers have produced match-winning performances with both bat and ball for Mumbai Indians. This includes Krunal’s player of the match performance against Rising Pune Supergiants in the 2017 IPL Finals, helping Mumbai claim the title once again.

In an interview with Indian Express in 2016, Hardik replied when asked about their condition before IPL:

After all the struggles, the duo has come out big-time, to say the least. Hardik Pandya has already played in 60 ODIs and 48 T20I for India. While his brother Krunal Pandya made his ODI debut for the men in blue in March 2021 (India vs England). Krunal has also played in 18 T20Is for the Indian team alongside his brother. Krunal tied the knot with his ladylove Pankhuri Sharma in 2018.

Hardik Pandya got engaged to his Serbian girlfriend Nataša Stanković on 1 January 2020. 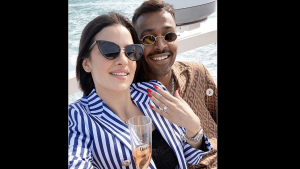 On 30 July, their first child, Agastya Pandya, was born.

“Natasa and I have had a great journey together and it is just about to get better 😊 Together we are excited to welcome a new life into our lives very soon. We’re thrilled for this new phase of our life and seek your blessings and wishes,” Hardik said in the post.

Hardik and Krunal Pandya lost their father Himanshu Pandya on the 16th of January 2021 due to a cardiac arrest. It was a tragic loss for the Hardik Pandya family. Pandya brothers stood by their family in the tough times.

Raghav Heda
Raghav is a sports enthusiast and a content writer at Kreedon. Being a former state-level cricketer and Captain of the Basketball team at IIT Patna, he understands the problems faced by a student-athlete in India. He is also a die-hard NBA fan and has been following the league and American Sports Media for long. Comparing the Indian sports economy to American Sports' was something that motivated him to work for the development of Indian Sports.
Previous article
Dream11 HYD vs JAI Pro Kabaddi League 2019 | PKL Prediction
Next article
7 Best Indian Swimmers of all time