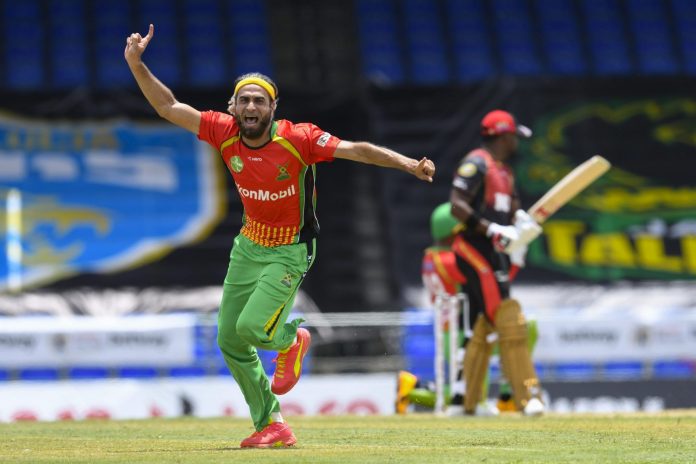 GUY vs SKN Dream11 Prediction, Caribbean Premier League: At a point, Guyana Amazon Warriors were in a do-or-die situation. Had they lost any match, they would have not been in the semi-finals. They won their last three matches and have managed to get in the knockout stage. This match is going to be very important for them because if they win the match, they will directly go to the finals. Just like all the other teams, they cannot afford to lose this match.

St. Kitts and Nevis Patriots have produced some great performances this season so far in all the departments. But the problem here is that most of these performances came in the first half of the tournament. In the second half, they have not been very consistent. Now they found themselves in the fourth position of the points table. If they can get the performance game up, they can surely beat Guyana and make a difference in the head-to-head stats.

Nicholas Pooran- Pooran is Guyana’s captain and has performed well in this season. He still has to be more consistent with his scoring so that their batting can become a little stronger. He is a quality striker and will have a big role in his team’s success.

Joshua Da Silva- He is a fairly young player, and it is not fair to expect a lot from him. He has the potential to get big scores, and he would want to get some runs under his belt as well. He got a match-winning fifty in the last match.

Evin Lewis- Just behind Roston Chase, Evin Lewis is the second-highest run-scorer this season. He has batted with a strike rate of close to 160 and will want to continue this in the semi-finals.

Chris Gayle- In his new role at number 3, Chris Gayle has become very comfortable with how he is performing. We are still seeing the same powerful Universe Boss as always, but he opened the innings in the last match, which means he has become very flexible with his batting.

Shimron Hetmyer- Hetmyer is a brilliant striker of the ball, and he has made some contributions to his team’s victories. These playing conditions are made for him. If he gets going the opposition will be in a lot of trouble.

Sherfane Rutherford- Rutherford has been in great form recently, and in this season of CPL, he is St. Kitts and Nevis Patriots’ highest scorer. He will want to continue this in the semi-finals as well.

Dwayne Bravo- Bravo has been in and out of the team this season, but still is the second-highest wicket-taker for his team. He has not been very economical and would want to change that in the semi-finals.

Fabian Allen- His bowling approach is very different from other left-arm orthodox bowlers. He bowls very wide outside the off-stump. He has not been in the best form this season, but that can change if he gets a few wickets.

Fawad Ahmed- He has not picked up many wickets this season, but in the last match, he looked good. His economy throughout this season has been decent too. He will look to perform better in the coming matches.

Romario Shepherd- He has been the star performer for Guyana this season. He has taken wickets in every match with consistency and is the second-highest wicket-taker till now. He is also not giving too many runs. His economy is just 6.2 runs per over.

Imran Tahir- At the age of 40, Tahir is still at the top of his game and is still getting results. He has picked up 10 wickets so far and is among the leading wicket-takers. He is also very economical by conceding just over 6.1 runs per over.

KreedOn Network
We are a team of sports writers who research about sports in India day in day out. Please reach out to us in case of any specific requirement of digital services on [email protected] .
Previous articleTKR vs SLK Dream11 Prediction | CPL 2021 Semi-Finals 1
Next articleSports Marketing | The evolution of relationship between brands & athletes