A boy living in Muktsar, Punjab developed a similar obsession with the game of cricket as many of us do. Thus was born a dream to play for the Indian Cricket Team. This is life & style of Indian’s rising superstar, very young and talented cricketer – Gurkeerat Mann Singh.

Gurkeerat Mann Singh is a right-handed batsman and right-arm off-break bowler. He plays for the Kolkata Knight Riders in the IPL and for Punjab in Domestic Cricket. He has also been a regular player for the India A team for a long time.

Gurkeerat Mann was called on to make his debut for the Indian National Cricket Team for the 2015 South Africa Series but ultimately made his ODI International Debut against Australia in 2016. He also plays for North Zone in the Duleep Trophy and Deodhar Trophy. Gurkeerat Mann is someone who knows his limitations and tries to maximize his strengths to his and his team’s full advantage.

Let’s dig deeper into the life and career of Gurkeerat Mann Singh. 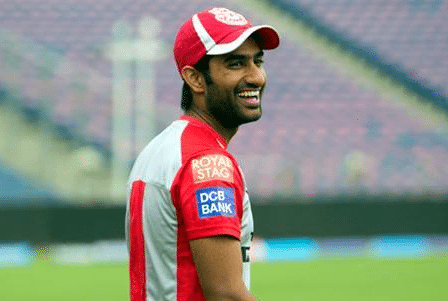 Gurkeerat Mann Singh originally hails from Muktsar, Punjab but moved to Mohali, Punjab at a very early age. According To Gurkeerat Singh, he had started to play cricket at the very nacent age of 10 years.

Gurkeerat has revealed that as a kid he used to visit PCA stadium in Mohali and used to watch various cricketers practice. His performances in the various U-19 and U-22 tournaments enabled him to play for Punjab at the Domestic level. Particularly, his performance for the U-22 team which won the CK Nayudu Trophy.

Gurkeerat Mann got selected for Punjab and made his T20 Debut against Haryana in the Syed Mushtaq Ali Trophy. The match was held in Rohtak, Punjab.

He has two continuous brilliant Ranji Seasons in the 2013-14 Ranji Season where he scored 449 runs and the 2014-15 Ranji Trophy where he amassed 677 runs. He was considered as probably the most important player for the Punjab Domestic Team.

His unbeaten 73 on a fourth-day track while chasing 205 for Punjab is considered one of his best innings. He later scored a century against Karnataka. Gurkeerat’s highest score is an unbeaten 201 he scored against Railways in the 2015 Ranji Season. He then also went on to take 9 wickets for Punjab in a match against Andhra.

Gurkeerat Mann Singh got a chance to play a match for India ‘A’ in 2014 against Bangladesh ‘A’. He displayed some quality cricket in that match by taking 5 wickets for 29 runs and scoring a well-made half-century (65 runs).

In 2015, while in the finals of a tri-series, India had lost 5 wickets for 82 against Australia A while chasing a score of 227, When Gurkeerat Mann entered to bat. India went on to win the match as he scored an amazing 87 runs off 81 balls.

He was selected for the 2018 Duleep trophy for India Green and was the highest run-scorer in the 2018 Vijay Hazare Trophy with 295 runs in six matches. Gurkeerat Mann Singh made his  ODI debut against Australia at Melbourne in the third ODI in Australia. He had been selected in the squad for the South Africa Series after his performance against Bangladesh but he wasn’t given any chance.

Gurkeerat Mann Singh was bought by Kings XI Punjab in the 2012 edition of IPL. He played as a finisher for the team and managed his work well. One of his best cameos in IPL came in his second match during a chase as he scored a match-winning 29 off only 12 balls.

Gurkeerat Singh is an example of how useful all rounders can be to any team as he can not only hit big sixes but can also ball useful overs as a right-arm off-break.

Gurkeerat Mann is also popular as a great fielder as proved by his brilliant catch of Ross Taylor for which he was awarded the catch of the tournament award.

He was then bought by Delhi Daredevils but was not given many chances. Then, he was bought by Royal Challengers Bangalore in 2019 for 50 lakhs.

In 2021, he replaced an injured Rinku Singh in the Kolkata Knight Riders Team for the season. Although Gurkeerat Mann didn’t get to play many matches, the team made it to the IPL 2021 Final.

Every sunset brings promise of a new dawn. 🌅 pic.twitter.com/eGUIC9fCP9

passion first and everything will fall into place pic.twitter.com/DIPMBVcbdl