10 Surprising Benefits of Gully Cricket You Didn’t Know About 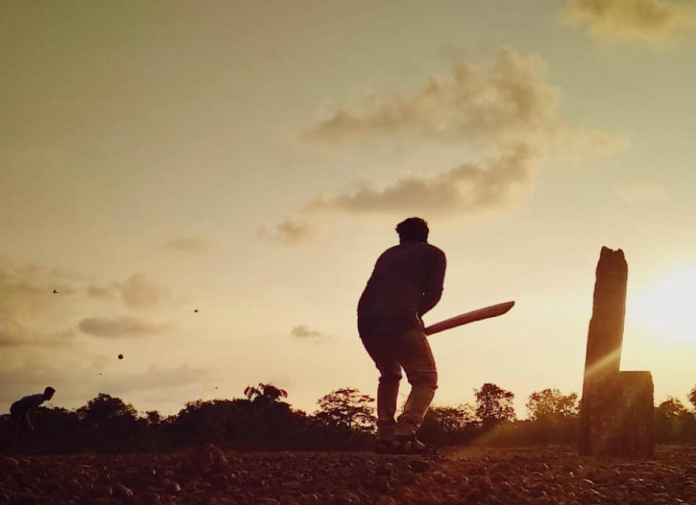 Since the 1983 World Cup Final win at Lord’s, the gentlemen’s game became the most favourite sport of India. The popularity is so intense that cricket is often referred to as a ‘religion’ in India. Unsurprisingly, apart from watching the game, Indians also love to show off their skills on the field. And they don’t Floodlit stadiums or 22-yard pitch to do this. Just a humble bat and a ball would quench their thirst. ‘Gully cricket’ is one of those forms of the game which has been developed for those who don’t have the facilities and infrastructure to play their favourite game at the top-most level.

Indian cricket legends like Sachin Tendulkar, Kapil Dev, MS Dhoni and Virat Kohli have all played on streets at some point of time. This contains a lot of random rules suited personal convenience or the kind of playing area available. So without further ado, let us have a look and understand why everyone should play gully cricket.

Why is Gully Cricket important?

Here are the reasons for explaining why every aspiring cricketer should play gully cricket:

Helps playing along the ground

In order to save your dad’s thousands of rupees on Patel uncle’s broken window, you’ll always try to hit the ball along the ground. This would help a batsman taking less risks and still managing to score runs. This would also give you an idea of how to keep the scoreboard ticking all the time, without always looking to smash the ball for a boundary.

To avoid getting out one-tip-one hand, the batsman tries his/her best to keep the ball away from the fielder. This also helps you in guiding the ball safely, by playing it with soft hands.

Improves batting in the ‘V’

Due to constraint of area on the leg-side or the off-side, the batsman has the only option of getting a boundary by hitting straight down the ground. Also no run behind the batsman’s stumps is eligible. Hence, all these factors help in improving your straight drives, which is one of the most safe and effective scoring option. It was dominantly used by legends like Kumar Sangakkara, Sachin Tendulkar and Rahul Dravid and they might have also developed it by playing gully cricket in their childhood.

It makes you think as a batsman:

The batsman has to think about alternative scoring opportunities as the area of play is very less. You constantly look to do something different so that you score more and more runs.

A legendary bowler like Saqlain Mushtaq developed the ‘doosra’ while playing gully cricket along with his friends in the streets of Pakistan. Even India’s Ravichandran Ashwin started using the ‘carrom ball’ in his streets. He mastered in it in the training nets and has picked up a lot of wickets at international level with  this unconventional delivery.

Improves bowling in the death overs

As every ball is a must hit in a 5-6 over gully cricket match, the batsman tries to hit the ball for a boundary right from the first delivery. Hence, the bowler tries to pick up the wicket by bowling good Yorkers hitting the middle stump. This helps the bowler in resisting a batsman from hitting long sixes in the death overs.

I believe that the best short-leg or short-cover fielders in international cricket would have emerged because of playing gully cricket. This is because you have to field very close to the batsman while playing this format. The fielder has to be sharp and should have good reflexes to ensure that the batsman gets caught.

Improves running between the wicket:

As a kid who has only an hour to enjoy playing cricket downstairs, the last thing you want is to get run out. In order to prevent it, you have to have good communication with the batsman while taking a single. Hence, gully cricket helps a batsman to not lose his/her wicket in a run out so that you can bat as long as you want, till your mother screams your name from the sixth floor of your building.

As there is only one stone/brick to hit on the non-striker’s end, you have to develop the skill of aiming exactly at the base of the stump. This can help you as fielder at first-class level as well.

Last but not the least, gully cricket improves your bonding with your team members because the last thing you want to do before going home and doing your homework is to win a match, be happy and end the day’s play on a positive note.

The person who owns the bat will bat first:

If your dad bought you a new bat, you’re lucky because you’ll be batting first. Always. Well that’s fair enough to me because this is the guy who’s making it possible for everyone to play the game at the first place.

Every time the ball hits your bat, you’ll be given a run. This is irrespective of the fact whether it the ball goes in the gap or along the ground directly in the hands of the fielder.

Batsman has to show all the 3 stumps to the bowler

“Taking a middle-stump guard on arriving at the pitch, sorry what’s that? I didn’t get you.”-every gully cricket bowler in India.

Leg Before Wicket? No chance. In a game where there are hardly any umpires (if there are any, they are biased!), LBW can very well be a subject of intense controversy. The best way – No LBW.

1 run on three wide deliveries in an over:

There are no runs for byes, leg-byes, no-balls or wide deliveries. However, if you bowl 3 wides in an over, batting side gets a run. However, this depends on the rules made by you and your friends.

1st delivery of the innings is always a trial:

This rule does not need any prior announcement. This is a universal truth understood by everyone. If someone has a problem with it, they should not be allowed to play!

Duration of play & number of players in each team:

The number of overs in an innings and the number of players on each side is directly proportional to 3 factors. These are- availability of sunlight/street light, amount of pending homework and the number of times your mom has shouted your name to come back home. The youngest/weakest of the player is always the ‘Jack’ or ‘Kaccha Nimbu’ and has to bat for both the sides. He may or not get the option of bowling, as it depends on the mood of your fellow teammates.

If the ball hits the window, batsman is out:

If you think you are a professional cricketer and want to hit the ball in the air, then sorry sir, this form of cricket is not for you. Because if you break Patel uncle’s window, he’ll take the ball away and the society secretary wouldn’t allow you and your fellow mates to play for atleast more than a week.

The batsman is responsible for the lost ball:

By mistake, if a batsman hits the ball hard and the fielding team isn’t able to find it, it is the responsibility of the batsman to buy a new ball to continue the match. Or else, the match is abandoned due to lack of commitment by the batting side.

Batsman has all the authority to declare the ball as a fast one whenever he/she gets beaten or gets out. Bowler has to re-ball it no matter what happens. The decision is always final.

Shashwat Chaturvedi
I am a media student, looking forward to specialize in either journalism or advertising. I'm a very big fan of the beautiful game of cricket and started following it because of MS Dhoni 14 years ago, when I was just 5.
Previous article10 Shocking Lowest Score in ODI Cricket History
Next articlePak Media’s Sensational Reply to India’s “Mauka Mauka” Ad