Goonga Pahalwan aka Virender Singh is an Indian freestyle wrestler but what makes his achievements special is his disability to speak and hear. Inspite of all odds, he has won three gold medals and a bronze medal in the Deaflympics.

The national coaches rate him as one of India’s best wrestlers but the federation has never given him a chance to qualify for Olympics citing his disability.

He has fought against India’s most celebrated wrestler, Sushil Kumar on five occasions during his practice sessions in Delhi but Sushil wasn’t able to get the better of Virender even once. Every single one of the five fights ended in draws.

Here is his awe-inspiring yet heart-wrenching story

Virender Singh was born on 1 April 1986 to a family of farmers in Sasroli village, near Jhajjar in Haryana. His father, Ajit Singh was a CISF Jawan, while his mother Manna Devi, a homemaker.

He took to wrestling after being inspired by his father and uncle, who too were wrestlers. His uncle Surinder Pehelwan brought him to Delhi to live at the CISF akhara where he developed a liking towards wrestling by watching his father and uncle wrestle. At the age of 9, he started his training.

Virender first tasted success at the National Rounds of the World Cadet Wrestling Championships in 2002, where he won the Gold Medal. The Gold medal meant he would directly qualify for the world event but he was disqualified by the Wrestling Federation of India (WFI), citing his deafness. Inspite of him, the silver medalist was sent for the event. 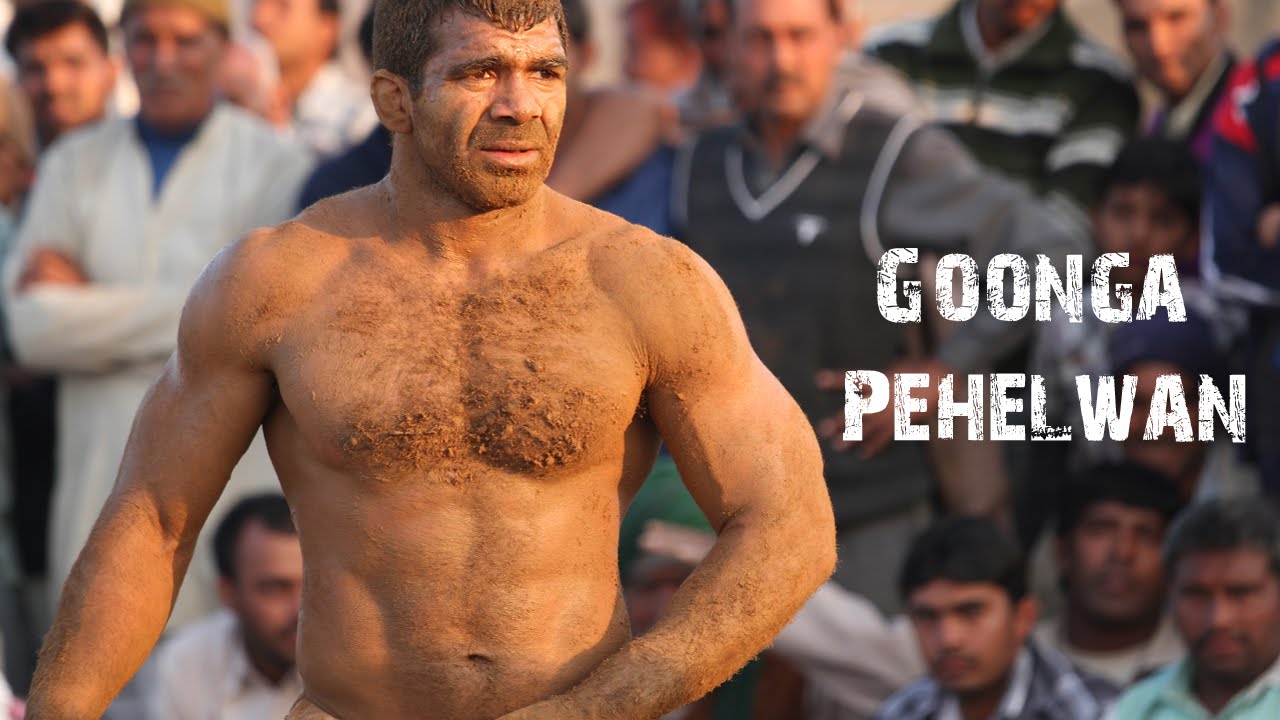 In 2005 at the Summer Deaflympics in Melbourne, Australia, he won his first Gold medal at the international stage and since then there was no looking back. He clinched a Silver medal in the World Deaf Wrestling Championships in Armenia in 2008. In the 2009 Summer Deaflympics, he bagged the Bronze in Taipei, China.

The Goonga Pehelwan made a hat-trick of Gold medals at the 2017 Summer Deaflympics in Samsun, Turkey.

In July 2015, he was awarded the Arjuna Award for his outstanding contribution to Indian Sports. He has also received the Rajiv Gandhi State Sports Award, awarded by the Government of Delhi, India.

Virender has been overlooked by the state and central sports authorities completely. He makes his living by fighting unprofessional domestic dangals with pehelwans almost twice his size for a sum between Rs 5,000-Rs 1,00,000.

In 2016 the central government placed him in the Dumb category instead of para-athlete category, which is definitely a sad news for any wrestler who has won medals at various competitions, including Bharat Kesari.

“During Manohar Lal Khattar’s government, Goonga Pehelwan was supposed to get Rs 6 crore before leaving for his third Deaflympics, but he only got 1 crore 20 lakhs out of which 1 crore 10 lakhs went in repaying the loans,” he said.

Also when he was given the Arjuna Award just like normal athletes, he wasn’t given the same prize money as them, told his brother.

Before he left for the Deaflympics in 2017, he was promised a hefty reward will on 15 August – Independence Day. They had even promised Virender an A-Grade job along with a reward of Rs.1.5 crore, said his father. But ever since he returned victoriously, practically every single individual has turned their back on them including the Chief Minister of Haryana, Manohar Lal Khattar.

Singh is presently employed with the Sports Authority of India as a Junior Sports Coach training the next generation of wrestlers.

With Shot putter @inderjeetshput , Asian champion and the first Indian athlete to win gold medal in world university games. He is not just a great sportsperson but an excellent human being as well.

Gaurav Kadam
Gaurav Kadam is a young sportswriter and journalist who is a huge cricket enthusiast. He is a bibliophile and a movie and American TV series buff, who is completely addicted to Netflix. Gaurav is liberal in thoughts and agnostic in deeds.
Previous article2018 BWF Finals: Tough Draws for PV Sindhu, Verma in this Year’s Finale
Next articleIPL 2019 Auctions: Top 5 Players Kings XI Punjab Should Target This Time

Ath.lete Definition - “A person who is trained or skilled in a sport especially one who regularly competes with others in organized events”. The most widely...
Read more
Athletes

Would you ever think that a small girl with flat fleet will stun the world with her artistic gymnastic skills? Considered as the main...
Read more
Athletes

Highlights Manjit Singh, a young boy from Haryana, Manjit Singh made a sparkling start as a sprinter in the year 2013. He made his...
Read more
Athletes

Esow Alben – The 17 year old World no. 1 cyclist from India

HIGHLIGHTS: In a country like India where it’s difficult to get recognition in sports other than Cricket, Sharath Kamal Achanta has been quite an exception. Like most...
Read more
Athletes

Sharath Kamal: Table Tennis icon of India with 4 gold at...