“When kids my age were picking up toy cars, I used to buy toy guns.” –Gagan Narang

When he was just 2 years old he shot a balloon with a toy gun. That was a sign of greater things to follow and yes they did! From toy guns to real rifles, the transition was quite extraordinary.

One of the best rifle shooters in the world, Gagan Narang has had a long and exciting career. His golden run at the start of his career, the newfound focus on training new shooters, and the strong will to continue shooting is commendable.

Today we explore all these and many more of such aspects in Gagan Narang’s biography. 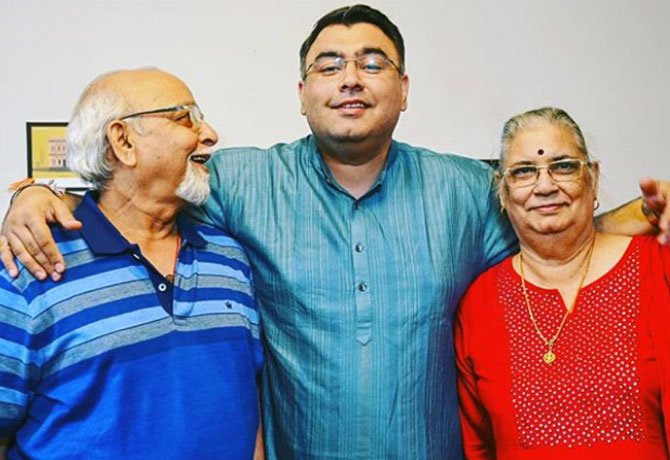 Born to Punjabi parents, Bhimsen and Amarjit Narang, Gagan grew up in Chennai. His father is a retired Chief Manager of Air India. Though originally from Panipat in Haryana, the family shifted when his father was transferred to Chennai.

It was his father who introduced Gagan to an air pistol in 1997. Right from his childhood, he had an inclination of Gagan’s talent. He built a shooting arena in their home for Gagan to practice.

The 2006 Commonwealth was very special for Narang with a staggering tally of four gold medals. He also won the top honours at the 2008 World cup in China. Subsequently, he qualified for the 2008 ISSF World Cup Final.

The next edition of the Commonwealth Games, the 2010 New Delhi Games, were again truly golden for Narang. Again, he won four gold medals. He also shot a perfect score of 600 in the 10 m air rifles singles event and set a new record.

On the opening day of the Asian Games, Narang won a silver medal.

At the London Olympics, Narang scripted his name in history, as well as the hearts of all Indians,  by winning the bronze medal in the 10 m air rifle event with a score of 701.1.

“This is the only medal I didn’t have in my cabinet, so now I can pin it on there,” he told The Hindu Business Line in an interview after his victory.

May we think of freedom not as the right to do what we please but as an opportunity to do what is right..#HappyIndependenceDay #स्वतंत्रतादिवस की शुभकामनाएं#Throwback #asiangames Flag bearer 2010 pic.twitter.com/ib4QrlyhcN

“The one per cent [important thing] is photography. Whenever I get little time, I just go out in the jungle. Everybody knows that they can either find me at the range, or they can never find me at all because I’m always in the jungle and out of network otherwise.”

Some of the amazing clicks shared by Narang on Twitter-

Theres a lot to learn from the Animal Kingdom

Coming together is a beginning

Keeping together is progress

After an extremely successful career, Narang wants to take the role of a mentor now. With this aim in life, he has started the academy Guns for Glory in Pune, Maharashtra. Now there are 16 training centres across the country under the brand.

“Not just shooting, across all sports, there are so many young athletes. I am happy to play a small part in their success. I am looking forward to some great performances from the young guns,” he told the Hindu.

Humbled to Launch our Sport Development Academy and its 1st Train the Trainers Program for Academy coaches with Philip Bernhard from Germany and Mrs Sudha Sastri
I thank #NRAI , my friends from the sporting community and everyone of you who have supported us… Thank you!! pic.twitter.com/rf5vLczwJK

He has also partnered on a project- Project Leap, to offer top-class training facilities and infrastructure to the top talent from Guns for Glory.

After a mixed break of few months the longest i have taken in the past 21 years that I have been shooting . feels good to be getting back to the grind today.. Baby steps one at a time .. wish me luck..? @OGQ_India pic.twitter.com/x9Gc21TUT9

Mamta Thatte
A passionate foodie, a versatile writer, and now a sports enthusiast, Mamta is always open to exploring new avenues. She has a vast experience in Web Content Writing, Editing, and Social Media Management. A self-confessed coffee and dark chocolate addict, she believes in following her heart and giving her 100% into everything she does.
Previous article
Padma Awardees From Sports: Bajrang Punia, Sharath Kamal, Gautam Gambhir Honoured
Next article
Prajnesh Gunneswaran Out of Indian Wells After Losing To Ivo Karlovic

Gautam Gambhir Biography: The Mr. Dependable Who Led Many Victories for...