The Indian Premier League, India’s annual cricket extravaganza is unquestionably one of the most popular leagues in the world. The event has young and experienced players from all around the world fighting against the finest in the sport to be named the Indian T20 domestic champion. The batters tear away the bowling lineups throughout the competition. It is like T20 cricket in general, with a load of big hits and bowlers getting blasted around the field. As a result of the fast-paced nature of the sport, half-centuries are a common occurrence. On that topic, here is the list of players with the most 50 in IPL history:

Let’s look at the Top 10 contenders in the list of most fifties in IPL history in detail.

Despite the fact that Indian players own the majority of the overall IPL records, this is an exception. The Australian led the outfit to its only crown in 2016. Warner owns the record for most 50 in IPL. In 148 innings, he has 5447 runs scored in with a 42.22 batting average. This includes four centuries and a whopping 50 half centuries (highest 50 in IPL), which is a record in itself. Warner has been the backbone of Hyderabad’s batting order for the past 4 to 5 years. He ranks top in the list of highest fifty in IPL.

With 44 fifties under his belt, Indian Batsman Shikhar Dhawan is at second place in the list of most 50 in IPL history. He has a 35.29 average and a 127.34 strike rate in nearly 5000 runs. Last year, he played a key role in helping DC reach the finals. The Delhi power hitter performed admirably in the first leg as well and will look to clinch the coveted trophy this time around.

The flamboyant Indian and RCB skipper Virat Kohli is tied with MI’s Rohit Sharma and teammate AB de Villiers in the 3rd place. Kohli has the most runs in the IPL history (6076) and has led the Bangalore squad since 2013 (till 2021). He has a tournament average of 37.97 and a strike rate of 130.41. He has multiple trophies his belt, with the exception of the coveted IPL title.

Mumbai Indians skipper Rohit Sharma, is tied with Indian compatriot and RCB’s Virat Kohli and AB de Villiers. Rohit is one of the most successful players in IPL history. Hitman Sharma has guided the Mumbai Indians to five championships. Rohit has scored 5480 runs in the IPL and stands at 4th in the list of most 50 in IPL. He began his IPL career with the Deccan Chargers in 2008, winning the inaugural season with the team.

The second overseas player in this list of players with the most 50 in IPL is AB de Villiers. AB has scored 40 fifties in the IPL. ABD and Virat Kohli comprise the Bangalore squad’s backbone. With a strike rate of 152.38, the South African player has amassed 5056 runs in 162 innings.

It’s quite unfortunate for the fans that this tremendous batsman and an outstanding player will not be seen in action in TATA IPL 2022. ABD has announced his retirement from all formats of cricket after the IPL 2021. 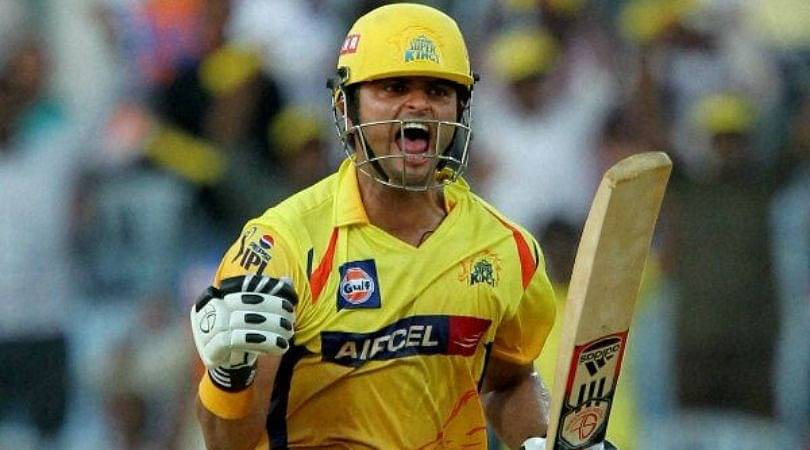 The former India international has played over 200 matches in the IPL. Raina has been an integral part in CSK’s 4 title charges. He has total of 5528 runs and a strike rate of 137.4. Although Raina has gained a place in the list of highest 50 in IPL, he remained unsold in the auction of TATA IPL 2022. Former Indian and KKR maestro Gautam Gambhir was one of the best openers during his time. Gambhir led the KKR side to its only 2 titles in 2012 and 2014. He has played over 150 matches in IPL with over 4000 runs under his name.

The Caribbean Giant has always been a marquee player in the IPL. He is the player with the most centuries in the league, so it was natural for him to be in top 10 in the list of most half centuries in IPL. Gayle has scored around 4900 runs with a massive strike rate of 150. He established himself at RCB and is currently in the Punjab Kings roster.

In TATA IPL 2022, this charismatic batsman remained out of the IPL auctions.

The Maharashtra-based batsman has played his trade for various franchises across the IPL. Rahane has scored 3941 runs in over 150 matches. He is brought by KKR for TATA IPL 2022 for INR 1 cr. He stands 9th in the list of most half centuries in IPL. The last name on the list of most 50 in IPL is Indian opener KL Rahul. In recent years the Karnataka player has been on a rise. He was previously the skipper of Punjab kings. But in the year 2022, he was picked by the new franchise, Lucknow Super Giants. In the 15th season of TATA IPL 2022, KL Rahul will be leading the sides of Lucknow Super Giants. He has scored over 3000 runs in just 94 games in the league.

Who is the best finisher in IPL History? Meet the TOP 5 Best Finisher in the History of IPL