Footballs have come a long way since the first FIFA World Cup in 1930 where each half the match was played with two different type of balls. In fact, at the 1950 World Cup, football without lace was introduced first.  Below are some fascinating stories about the FIFA World Cup football.

Present footballs official shape name is a “spherical polyhedron” but it is affectionately known as “Buckyball” or “Buckminster” ball, after Richard Buckminster Fuller, an architect who was trying to find a way to construct buildings with minimum materials.

Let’s have a look at the various versions of buckyballs used in past editions of FIFA world cups: 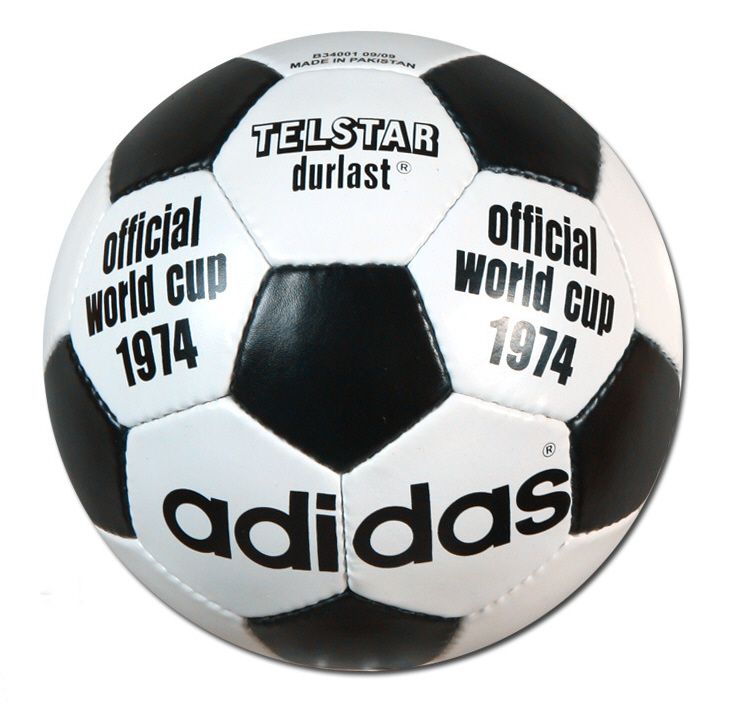 Adidas stayed loyal to the Telstar coloring pattern up until the 2002 World Cup Finals in Korea/Japan where they came out with a different color pattern.

The construction of the ball was the same as of the Telstar. It had a refined syntactic foam layer to give the ball superior performance characteristics.

The color of the ball was no longer a traditional pure white but more of a champagne color and instead of black and white patch it had a colorful graphics on the ball.

This ball was criticised for being too light in weight and some dramatic goals were scored with it in the championship. The ball was blamed for a range of upsets that occurred in the knockout stages.

Teamgeist (German for”Team Spirit”) ball differed from prior balls in having only 14 curved panels instead of the 32 which have been regular since 1970.

14 panels were bonded together, rather than stitched. It had been claimed to be rounder and to perform more uniformly regardless of where it was struck, and being nearly waterproof, it didn’t get heavier in wet weather.

Brazil, winners of the 2002 World Cup, had a tough time getting used to the ball. The main criticisms were that the ball was too light, favored ball-strikers over goalkeepers, curved a lot in the air, and performed differently in rain.

Adidas attempted to create a ball that was rounder than ever by decreasing the number of panels again, from 14 on the Teamgeist to just 8 on the Jabulani.

Better polyurethane materials were used to improve the ball’s performance and feel but its flight in the air was unpredictable.

Brazilian goalkeeper Julio Cesar stated that it was a ‘supermarket’ ball and it favored forwards and functioned against goalkeepers, while Iker Casillas called it”dreadful”.

The Jabulani means ‘to celebrate’ in Zulu (South African language) but this edition met with a lot of criticism from players.

Adidas introduced the most-tested ball ever after facing criticism for Jabulani– The Brazuca for FIFA World Cup 2014 in Brazil.

Brazuca had just 6 panels to make it more consistent and had multi-colored ribbons that represent wish bands.

In terms of the making, Brazuca was absolutely state of the art and most importantly, it was based and developed on the feedback of the real experts: the football players.

The ball was tested by the world’s biggest football stars for two and half years.

‘Telstar 18’ is re-imagined and named after the first Adidas match ball used in FIFA World Cup, Mexico in 1970.

It pays homage to the first-ever Adidas World Cup ball Telstar and unforgettable memories of the 1970 FIFA World Cup – and of legends like Pele, Gerd Muller, Giacinto Facchetti, Pedro Rocha and Bobby Moore.

Although Telstar had 32 panels, the Telstar 18 included six panels that were textured. They weren’t stitched but glued.

Questions regarding the ball’s operation arose following two balls burst in a first-round match between Australia and France and yet another ball collapsed at the game between Argentina and Iceland. Another Telstar 18 was found to have lost pressure in the match between Saudi Arabia and Uruguay on June 20 during ongoing World Cup 2018.

The Telstar Mechta footballs will be used for the knockout stage starting on 30 June 2018.

The Telstar Mechta has the same design elements as Telstar 18 but will come with a new vivid red design inspired by the colors of the host nation and be reflecting the added intensity of the knockout stage. 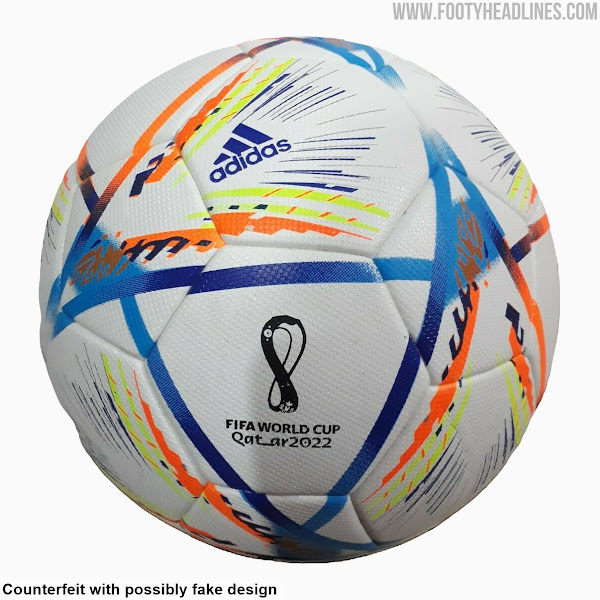 The first known ball game which also involved kicking took place in China during the 2nd and 3rd century BC under the name Cuju. It was played with a round ball over a square area.

The very first ever football ever was invented by early civilizations, 300 decades back.

Bladders were the very common substance for footballs in Medieval Europe, like the pig bladder ball played by the Italians in the 1600s.

But, bladder balls used to get readily punctured and their irregular form made them hard to control. To fix these issues, bladder balls were wrapped in leather, which made them durable and rounder.

The FIFA World Cup football of the 1800s

Football had become a well-recognized game in the 1800s. It’s in this age that professional football began and more focus was given to enhancing the standard of the ball. The year 1855 marked a substantial event in the maturation of the football. In this year, the first round football was created by Charles Goodyear.
Prior to this, balls weren’t totally round since they were created from animal bladders. Additionally, rubber wasn’t utilized as a substance for competitive footballs as it’s sticky and easily deforms in hot playing conditions.
Goodyear solved those issues by inventing ‘vulcanization’ – a way of treating rubber so that it gets more solid and durable, without sacrificing its bounce… 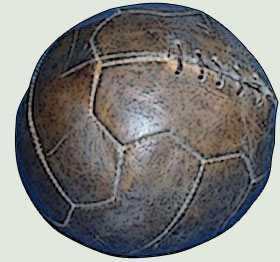 Until the mid-1800s, there were not any rules about the dimensions and shape of the ball since the measurements of the football ball depended on the animal bladder.

In 1872, the English Football Association (EFA) formally announced that the ball ought to be spherical and between 27 and 28 inches in circumference. It stays the official football size even today. This specification coincided with the Charles Goodyear rubber ball. Therefore, Goodyear could be regarded as the inventor of the modern ball.

The football of this age was made of many panels of pure leather, laced at a single surface to maintain the bladder inside intact. This sort of ball was the one used in the first World Cup, the 1930 World Cup.

Leather Footballs started to be waterproofed in the 1950s by means of artificial paints. The lace was also removed to make the surface smoother and the ball easier to control.

In 1951, white footballs were made to boost ball visibility for both players and audiences. In snowy places, orange football were used.

Hope we see many new forms in future but this was the story until now.

For more such interesting stories do visit www.kreedon.com or register with us and become an author.

KreedOn Network
We are a team of sports writers who research about sports in India day in day out. Please reach out to us in case of any specific requirement of digital services on [email protected] .
Previous article
Meet Sathish Sivalingam – First Indian Weightlifter to Sign a Brand Endorsement Deal
Next article
6 Mesmerizing Sports Couples of India

What Are Extras in Cricket ? Know its types & how...