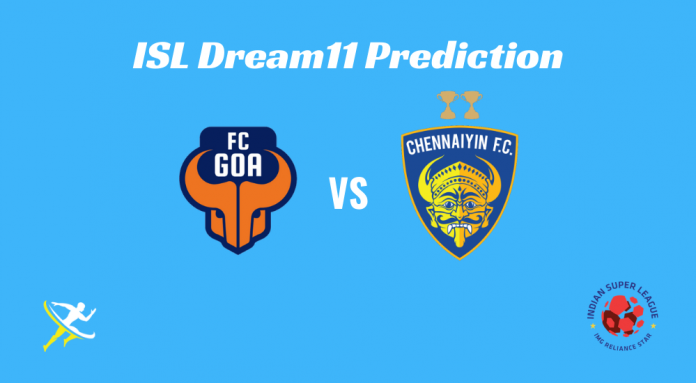 The 4th match of the 6th season of the Indian Super League features FC Goa and Chennaiyin FC at the Jawaharlal Nehru Stadium, Goa. It’s always a treat when these two teams face-off, as it is the highest-scoring fixture in the ISL history with a total of 45 goals between them. Another interesting fact from the fixture featuring these 2 massive clubs is that there hasn’t been a single goalless draw in the 13 times that they have faced each other.

After finishing 2nd in the previous season, the Gaurs are ISL’s highest-scoring team, having scored 154 goals in 88 games. In the same number of games, they rank 5th in the league for total clean sheets kept. As a unit that has a marauding attack, the Gaurs have also improved their defending to become one solid squad. They have reached the finals a couple of times and have an attacking football DNA which they will be looking to exploit even more this season to try and win the ISL for the first time.

Goa has retained the services of head coach Sergio Lobera for the third consecutive season, under whom the Gaurs have scored 84 goals, which is the most by any side under a coach. With a squad that is familiar with each other and the manager’s expectations, Goa go into the first game with a slight edge over their opponents.

The 2018-2019 season for the 2-times champions was an embarrassment as they finished 10th in the league. With a major overhaul of the squad, Chennaiyin has arguably one of the strongest defences in the ISL. They will be looking to make a strong statement in their first game of the season by trying to defeat the Gaurs on their home turf. However, their star striker Jeje is out injured. Chennaiyin will be attacking the Gaurs with a completely new look forward line with the signing of wingers Lallianzuala Chhangte and Dragos Firtulescu and Nerijus Valskis as the striker.

Kumar played 13 games for FC Goa and Kerala Blasters all together. He conceded only 15 goals while keeping 4 clean sheets and made a total of 34 saves. He was instrumental for FC Goa after being loaned from Kerala Blasters and will look to continue his impressive form for the Gaurs this season.

The very first pick for every Dream 11 team that features Goa should be Corominas. Not only is he the highest scorer of the ISL, in the 18-19 season, but the Spaniard also scored 18 goals and made 7 assists in the 20 games he played for the Gaurs. Manvir Singh had 1 goal, and 1 assist to his name in the previous season. He also had a total of 10 shots registered.

KreedOn Network
We are a team of sports writers who research about sports in India day in day out. Please reach out to us in case of any specific requirement of digital services on contact@kreedon.com .
Previous article“New Dadagiri in BCCI!” Twitter reacts as Ganguly officially becomes BCCI chief
Next articlePUBG Mobile India Tour 2019: Here’s all you need to know…