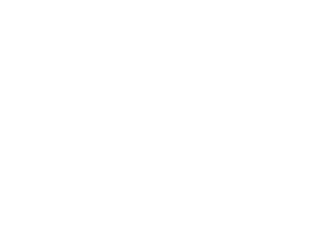 Here is everything you need to know about FC Goa…

It seems rather imperative to talk about the journey of a team that comes from the only state in India to have declared football as its official sport. And FC Goa it is!

FC Goa is the Goa-based franchise playing in the highly coveted Indian Super League right from its inception. The club was founded on 26th August2014 and is presently owned by Goan Football Club Pvt. Ltd. which consists of Virat Kohli, Jaydev Mody and Akshay Tandon.

FC Goa is a team which strives to embody the spirit of Joga Bonito, a Portuguese phrase which means ‘play beautifully’. “The FC Goa brand stands for strength, integrity and pride. A single club united and resolute in its pursuit for glory. The team embodies the spirit of Joga Bonito, playing the beautiful game the way it should be played- with pace, power and passion”

The logo is constituted by two features:

The gaur or the Indian bison – state animal of Goa

The team plays its home matches at Pandit Jawaharlal Nehru Stadium, Fatorda. With a seating capacity of 19,800 and 100 per cent roof covering, the stadium is considered to be India’s one of the best. The stadium has been one of the charismatic hosts to the FIFA U-17 World Cup, 2017.

Journey through the seasons

Arthur Antunes Coimbra, aka Zico, was roped in as the head coach of the team. Zico, popularly known as the white Pele, is revered as one of the greatest players of all time. Zico has represented Brazil in many international matches.

The team began the tournament in an unimpressive way but managed to brave the jitters and win the later matches. With a stupendous 6 wins and 4 draws, the team ended up second in the points table and hence qualified for the final four.

FC Goa met ATK in the semi-finals. Both the legs went goalless which culminated into penalty shootouts at the end of the second leg. ATK won the semi-final on 4-2 penalty score over FC Goa. The dream of winning the title in the maiden season was shattered.

But the tournament gave a lot of positives for the team.

Zico continued to be the coach of the side. While the Indian contingent in the team continued to be largely the same, the club roped in impressive roster of foreign players. The most prominent inception being Joffre Matue, a Spaniard and a product of the iconic La Masia. Joffre had an immense contribution in ATK’s run to the tile in the ISL 2014 season.

The team had a brilliant start to the tournament with 3 wins and 1 draw in 5 games. The performance only went up and the team topped the points table before the final four.

In the finals, FC Goa was handed a 3-2 drubbing by the Chennaiyin FC who clinched the second season of the ISL. Yet again, Fc Goa had to settle for the runners up title.

The season was utterly disappointing for the club. Zico, who again was the head coach, couldn’t replicate the first two seasons. The team finished the tournament at the bottom of the points table with only 4 wins and 8 losses in 14 games.

Zico handed over the baton to Sergio Rodriguez, a former Barcelona youth coach. Sergio had an impressive experience of coaching at the La Masia academy.

The season turned out to be extraordinary for FC Goa. With 9 wins and 3 draws in 18 games, the team stood third in the points table. In its two-legged semi-final meet against Chennaiyin FC, FC Goa went down on a 4-1 aggregate and again let away the title from their hands.

Sergio Rodriguez continued to be the coach of the team. The team put on an impressive show in the season as it finished second in the points table only behind Bengaluru FC.

The team went to the finals on 5-2 aggregate victory over Mumbai City FC.

The team met Bengaluru FC in the final at the Mumbai Football arena. The curse of previous seasons yet again curbed the team its maiden title. Bengaluru FC beat a 10-man FC Goa 1-0 in the classic final

This is the clubs sixth straight appearance at the Hero ISL. With 4 semi-final appearances and converting two into finals, the team desperately needs the title. FC Goa has been the most outstanding and consistent team in the ISL in terms of performance. The team kicks off its campaign against Chennaiyin FC on October 23, 2019.

Sergio Lobera Rodriguez continues to be the team’s coach for the third straight season. The Spaniard has worked with the likes of Sergio Busquets (currently plays for FC Barcelona) and Jordi Alba (currently plays for Barcelona) at La Masia. The Gaurs (FC Goa are popularly known as Gaurs), under Sergio, have played two ISL seasons and were semi-finalists in one and finalists in the other.

Mandar Rao Dessai will be captaining the side in its sixth ISL venture. Mandar played a crucial role as a winger in Zico’s team setup in the inaugural season for FC Goa. His performances in the ISL season steered FC Goa in the finals.

In 2017, with the incoming of Sergio as head coach, Mandar was deployed as a full back. He quickly adapted to his new role and played a crucial role in the team’s performance throughout the season. His impressive campaign with Goa earned him an India debut at the Hero Intercontinental Cup 2019.

Sergio and Mandar will be aiming to conquer the title for the first time even after being so close to do so in the previous seasons.

He recently made his debut for the @IndianFootball team ?? and already has an assist under his name.@FCGoaOfficial's @mandar17dessai is giving us some serious #MondayMotivation ?#BackTheBlue #BlueTigers #IndianFootball pic.twitter.com/7FxBN407kj

Most goals: Ferran Corominas (18) – he was also the highest scorer for the season

Most goals: Ferran Corominas (16) – he was also the highest scorer for the season

The club came into existence in the August of 2014. The franchise bidding was won by Dattaraj Salgaocar and Shrinivas Dempo. Later on, Venugopal Dhoot of Videocon and current Indian national cricket team captain, Virat Kohli, also became the co-owners of the side.

Following a controversial incident after the final of 2015 between Goa and Chennaiyin FC, both Salgaocar and Dempo withdrew their stakes.

The stakes were later purchased by Jaydev Mody (chairperson of Delta Corp ltd.) and Akshay Tandon (currently the co-owner and president of Goa).

Sponsors and Partners of FC Goa

Here is the complete schedule for Goa (All the games are held at 7:30 pm IST)

Kartik Gai
A cricket enthusiast- is best what describes me! While Dhoni is the monument of interest for me in this sport, it is Harsha Bhogle who inspires me to just write or speak. You can discuss with me about PUBG as well!
Previous articleSanju Samson Biography: Age | Career | Achievements | [Updated April 2021]
Next articleATK vs HYD Dream11 Prediction 2019 | Kolkata vs Hyderabad