The modern game of cricket has been more beneficial to batsmen with shorter formats like T20 helping them become more aggressive and explosive. They have managed to adopt the same playing style in longer formats like One Day Internationals (ODI) as well, making it more exciting to watch. A good batsman in the current day and age is the combination of explosive ability and patience to pace the innings rather than going aggressive and burning out. So fastest 50s, 100s and fastest 150’s in ODIs are some of the records which are looked at more than before.

Scoring a century irrespective of the format or the opposition is always a difficult task. What separates the best from the rest is their ability to push on after reaching the triple digits instead of taking the foot off the gas. History provides us with several innings where batsmen have accelerated quickly after scoring a century. Let’s look at the top ten cricketers who have scored the fastest 150’s in ODIs.


Coming in at number 10 on the list is the Sri Lankan legend Sanath Jayasuriya. The ‘Matara Mauler’ was known for his explosive ability and was a linchpin for the island nation. He played multiple crucial knocks to help his team and set the benchmark for openers. Opening batsmen later modelled their game after him and looked to be aggressive from the first ball.

Back in 2006, this was yet another one of those games as Jayasuriya kicked into high gear to punish the Netherlands. He reached his 150 in a mere 100 balls, ripping the opposition to shreds and helping Sri Lanka create a world record for the highest total in an ODI inning – 443/6, a record they held for 10 years. His best attributes were on full display as he smashed 24 fours in the process, yet another record during that particular period. 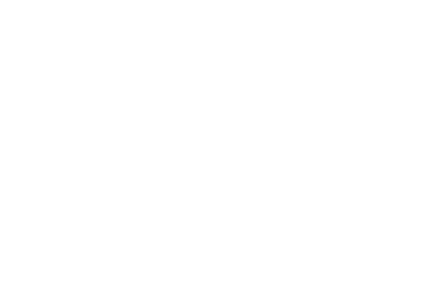 Herschelle Gibbs is an enigma to most ardent cricket fans as one of the most talented players of his generation. The South African could turn a game on its head with batting and fielding. Gibbs’ rare ability to combine aggression with finesse is something which cannot be replicated by most players. A combination of bad circumstances and decisions like the match-fixing scandal he was involved in, ruined his career.

But what Gibbs did in the historic ‘438 Match’ match will never be forgotten. South Africa chased down Australia’s total of 434 thanks to Gibbs’ inning of 175. His 150 came in just 100 balls as the Proteas went on to complete the record chase with a ball to spare. This match is considered as the ‘Greatest ODI ever played’. Both Pointing and Gibbs were awarded Man of the Match for the game but Australian captain declined it, saying that it belonged to Gibbs.

Yes, in the very same ‘438 Match’, Ricky Pointing scored 150 runs in just 99 balls but his inning was overshadowed due to what followed during the South African chase. Pointing scored 164 off just 105 balls with a combined total of 22 boundaries, helping set up a mammoth total for the Aussies.

Irrespective of the result of that game, Ricky Ponting is not only one of Australia’s best batsmen but also one of the greatest exports to come from one of International Cricket’s greatest teams. Furthermore, he is also the most successful Aussie captain, leading from the front every time the team needed him. ‘Punter’ had the uncanny ability to remain calm under immense pressure and knew when to be aggressive.

The ‘Matara Hurricane’ was in his element as he blitzed his way to 150 in just 95 balls while chasing England’s total of 321 at the Leeds in 2006. Jayasuriya hit a hapless English bowling unit all over the park in an inning which included 4 sixes and 20 fours. It was not for a lack of trying of the English side but on his day, stopping a player like the Sri Lankan opener is more than a daunting task. Both Jayasuriya and Upul Tharanga scored centuries to chase the total in just 37 overs.

This serves as the crown jewel in terms of innings played by Ronchi as he managed to score 170 in less than 100 balls where his 150 came in just 95 balls. Despite going against a good unit comprised of top quality bowlers like Ajantha Mendis, Ronchi kicked into top gear and thrashed them all over the park. The wicket keeper’s 9 sixes and 16 fours served as an indication of his dominance on that particular day. The Blackcaps managed to finish with 360/5 on the board after being 92/5 at one stage.

Sharjeel Khan made his debut in 2013 against Sri Lanka after being called up by the national side due to his performances in the domestic circuit. Known for his pinch-hitting and raw power, the Pakistani proved to be crucial for his team.

He certainly managed to put on a show during his team’s tour of England and Ireland in 2016. Against the comparatively weak Irish team, Sharjeel’s 150 came in just 85 balls in an inning comprising of 16 fours and 9 sixes.

Chris Gayle is one of the most fun individuals but all of that changes the moment he steps on the crease. He is arguably the most explosive batsman the game has seen. The Universal Boss prefers to score his runs by clearing the park instead of taking singles. The ‘Gayle storm’ has managed to keep the Caribbean nation afloat during a tumultuous time.

In February 2019, chasing England’s total of 418, West Indies came agonizingly close to creating an upset thanks to Gayle’s quickfire 162 off 97 balls. He dismantled the English bowling with powerful striking, hitting 14 sixes and 11 fours in the process. Gayle’s 150 came in just 85 balls. But the big man did not get support from his teammates and the Windies fell 29 runs short of England’s total.

Shane Watson is one of the most reliable all-rounders to ever play the game. The former Australian International has played multiple innings which have proven to be crucial for his team irrespective of the opponent or format.

This was one of those games where Watson seemed in a league above his competition as he put the Bangladeshi bowling unit to the sword. He made the mockery of Bangladesh’s total of 230 and brought up his 150 in just 83 balls. Watson himself was enough to finish the job with 15 sixes and 15 fours on the way to a commanding 185 off 96 balls.

Jos Buttler is the near-perfect example of how a batsman in the modern game functions. The explosive batsman serves as the bedrock for a strong English batting lineup.

In the same game where Chris Gayle scored 162, Buttler was the first one to rip West Indians to shreds with 150 runs in just 76 balls. The wicket-keeper batsman hit 12 sixes and 13 fours during his lighting quick inning.

When it comes to the shorter formats of the game there are very few like AB de Villiers. His ability to play unorthodox shots with conviction sets him apart from his peers. As a result, fans have managed to catch a glimpse of one of the most clutch players in the history of the game.

ABD once again proved his worth for the Proteas as he blew away the opposition by scoring a rapid 162 off 66 balls with 150 coming off just 64 balls. And this inning was more special as it came during the 2015 World Cup against West Indies. His shot selection was near perfect as he smashed 17 fours and 8 sixes.

Top 5 batsmen with most runs in the world cup |...