In recent years, Indian Badminton players have been putting up very fine performances against the world’s top players. The Indian shuttlers have included themselves amongst the finest players in the sport.

In Indian badminton, the first two big names of the sport were Prakash Padukone and  Pullela Gopichand.

After serving Indian Badminton as a player,  Gopichand is currently the chief coach of Indian Badminton. So far, he has done a brilliant job. He currently runs the Gopichand Badminton Academy at Hyderabad which has produced some fine players. They include Saina Nehwal, PV Sindhu and Srikanth Kidambi, just to name a few.

When you talk about the history of Indian Badminton in the last 5-6 years, the first name that comes to your mind is Saina Nehwal. She has been India’s first major name in badminton following Pullela Gopichand and has been instrumental in the evolution of Indian badminton over the years.

Saina Nehwal’s first major breakthrough came when she won the Gold medal for India in Commonwealth Youth Games in 2008 at Pune. She followed this performance by reaching the quarter-finals at the Beijing Olympics a few months later, thus becoming the first Indian woman to do so.

A few months after the Olympics, she won the World Junior Badminton Championships at Pune. She reached World No.2 in the BWF Badminton Rankings in 2009. A year later, Nehwal won the gold medal at the 2010 Commonwealth Games in Delhi.

Another female shuttler that has been giving stellar performances over the past few years is Pusarla Venkata Sindhu.

Indian Badminton – The emergence and consistent performances of PV Sindhu

Sindhu came into international prominence when she stunned Olympic champion Li Xuerui at the Li Ning China Masters. She broke into the top 20 of the world rankings in September 2012 at the age of 17. She later ended the year as World No.15.

In 2014, the Indian women’s team led by Saina Nehwal won the bronze medal at the Uber Cup. This was India’s first ever medal in the competition. In 2015, Saina Nehwal became the World No.1 before clinching the silver medal at the World Championships at Jakarta. The Indian women’s team won the bronze medal again at the Uber Cup in 2016.

Coming into the Rio Olympics, all eyes were set on Nehwal and Sindhu and the latter produced the finest performance by an Indian shuttler at the Olympics by winning the silver medal.

2017 has been a brilliant year for Indian women’s badminton as both Saina Nehwal and PV Sindhu won the bronze and silver medals respectively at the World Championships in Glasgow.

In the men’s circuit, Srikanth Kidambi has been doing brilliantly in the last few years. In 2014,he became the first Indian to win the China Open Super Series Premier title by stunning two-time Olympic champion Lin Dan in the final. This year,he won the Australian Open by defeating Rio Olympics champion Chen Long in the final.

For the first time in the badminton history , five Indian badminton shuttlers,  Kidambi Srikanth,HS Prannoy,Sai Praneeth, Sameer Verma and Ajay Jayaram have been featured within the top 20 of the men’s singles world rankings. Looking at the strong performances of the Indian shuttlers, it is fair enough to say that Indian badminton has been evolving.

The Indian badminton team is currently ranked 9th in the world team rankings but has been as high as 7th.

Indian Badminton – The performances by the doubles players

India would want to do well in the doubles as they are doing in singles. In the doubles circuit, Jwala Gutta and Ashwini Ponnappa have been doing really well. At the 2011 World Championships in London, Gutta and Ponnapap won the bronze medal in the women’s doubles event, thus becoming the first doubles pair from India to clinch a medal at the world championships. In 2009, Jwala Gutta and Valiyaveetil Diju won the silver medalat the mixed doubles tournament in the world super series finals. Jwala Gutta and Ashwini Ponnappa also won the gold medal at the 2010 Commonwealth Games.

Right now, India’s top doubles prospects are Ashwini Ponnappa, Sikki Reddy, Satwiksairaj Rankireddy, Chirag Shetty, Manu Attri, Sumeeth Reddy and Pranav Jerry Chopra. However, there is still a lot of improvement for the doubles players to do if they are to clinch a medal at the Tokyo Olympics three years from now.

India are yet to have an Olympic singles gold medalist which they would want to achieve at the 2020 Olympichs. Looking at the current performances of Saina Nehwal, PV Sindhu and Kidambi Srikanth, there is a very good chance that either of the three could bring home the gold from Tokyo. 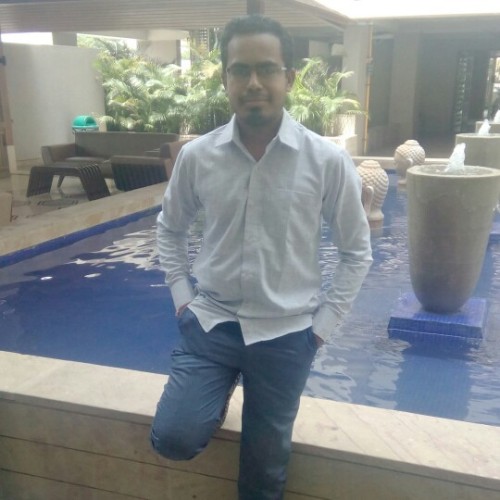 I am currently studying in petroleum engineering in 3rd year.I am passionate about sports writing for sports events happening around the world.
Previous article
India at U-17 FIFA World Cup
Next article
The key to Virat Kohli’s ODI records