Esports has witnessed immense growth in terms of popularity and financial caps. It has hit the mainstream, with new games being released every year. Before we further brief you about the top esports games list, let us know what are esports games?

What are Esports Games?

Esports is a type of video game tournament. It is frequently planned, multiplayer video game events, especially involving professional players, either solo or as squads. Esports usually consists of teams playing against each another in events for financial prizes.

Dota 2 is a Valve Corporation-developed and-published action real-time strategy game. It’s a single sequel to Defense of the Ancients: All-Stars, a WarCraft III custom map. Dota 2 is a free-to-play game that competes directly with League of Legends and the less popular game Heroes of Newerth on Steam. The practice of crowd-funding in Dota 2 can result in prize pools exceeding $1 million.

Fortnite is a third-person online battle-royale action game created by Epic Games and People Can Fly that was released as an early-access title. On July 25, 2017, the game was launched for Microsoft Windows, macOS, PlayStation 4, and Xbox One.

Fortnite was first released as “Fortnite: Save the World,” a co-op sandbox survival game in which four players work together on several missions to achieve a shared goal. But later on September 26, 2017, “Fortnite Battle Royale,” a standalone free-to-play version of the game, was published.

Also Read: What is Esports? All you need to know – top teams | players | tournaments

Riot Games’ League of Legends (or LoL for short) is an action real-time strategy game inspired by the famous Defense of the Ancients: All-Stars custom map for WarCraft III. A multiplayer real-time strategic action game has been created by Riot Games. In Asia, it is quite popular. It is played by two teams of three or five players apiece, and the gameplay is identical to Dota 2. Wins of a team count by demolishing a building called “Nexus” within the opposing team’s base, similar to Dota 2.

Blizzard Entertainment created this real-time strategy game. It’s a follow-up to the first Starcraft game. The game takes place in a fictional world. On July 27, 2010, the game was launched globally. The game is divided into three parts: the base game, Wings of Liberty, and two additional content, Heart of the Swarm and Legacy of the Void. The game comprises three main species: Terrans, human exiles from Earth; Zerg, a super-species of aggregated organisms; and Protoss, a high-tech species with vast telepathic abilities.

It is a multiplayer online combat arena game created by TiMi Studios and released by Tencent Games, a more well-known gaming and media company. The game is played in five-person teams and includes several variations. Arena of Valor is a free-to-play game. While characters are at a tiny disadvantage when they are not fully equipped with Runes, once they are, matches are decided by ability and strategy rather than who has spent the most money. 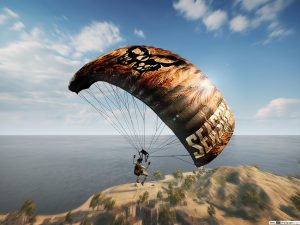 One of the hottest games, PUBG has truly won hearts from around the world. UBG Corporation has created a battle royale-style game where up to 100 people compete in this game to see who will be the last one standing. It may also be played in groups. During the 2018 PUBG Global Invitational, PUBG Corporation unveiled a five-year plan for PUBG esports, which involves financially supporting players and teams through revenue-sharing efforts including prize pools, merchandising, and in-game digital content.

This is a Blizzard Entertainment first-person shooter game that is played in six-person teams. The objective is to secure control points on a map or to transport a payload from one location to another in a certain amount of time. The game is extremely popular in Asia, but it is also played in other parts of the world. Players can pick from a variety of hero characters, each with its own set of talents and roles. The general nature of the game allows players to switch avatars during a fight.

A free digital card game has been created by Blizzard Entertainment. Hearthstone is a turn-based game. It is played one-on-one between 2 players. Each player is given a deck of 30 cards and the option of choosing a hero with a special power. There are several game modes to choose from. Booster packs, Arena Mode entries, Adventure Mode wing access, and alternate hero skins all help to fund it.

Heroes of the Strome

Blizzard Entertainment created this multiplayer game. Players and battlegrounds from Blizzard’s other popular games, such as Warcraft and Overwatch, appear in the game. It’s referred regarded as a “hero brawler” game rather than a “multiplayer online fighting arena” or an “action real-time strategy” game because of its broader playstyle. Heroes of the Storm was previously known as “Blizzard DOTA,” then “Blizzard All-Stars,” and finally “Heroes of the Storm.”

Abhishek Mishra
Greetings, I'm Abhishek Mishra, a passionate sports writer, and football fanatic. Currently, I'm pursuing Bachelor's in Journalism and Mass Communication from GGSIPU, DELHI. I have a keen interest in sports and I aspire to become a sports journalist. I want to work in the overall development of sports and also work towards the grassroots and athlete recognition of our country.
Previous article
Why Did Team India Lost in the ICC T20 WC? Know the 6 Unfortunate Events
Next article
Top 10 Best PUBG Teams in the World

Top 5 Best Esports Players Who Made a Fortune | How...