Doping Scandal: Problems for Nirmala, Poonam as the Retests Turn Out to be Positive 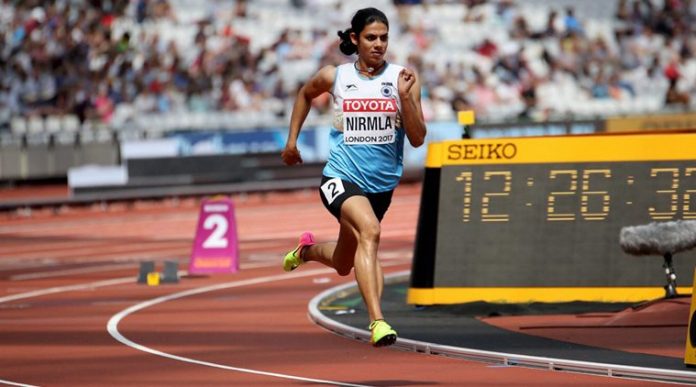 The menace of doping in India is on the verge of getting uglier after Nirmala Sheoran, one of India’s best women 400m runners has been tested positive for a banned substance.

What’s worse is that it was a sample that had been retested in the WADA-accredited laboratory based in Montreal.

It is learned that Nirmala’s and weightlifter Poonam Dalal’s samples were among the 25-odd samples of across various sports in India that WADA (World Anti-Doping Academy) had been asked for retesting in Montreal.

It’s a routine job for WADA to ask for a handful of samples that are lab-tested to be sent to other laboratories to ensure that the testing centres are assiduous at all the time and do not make slip-ups.

The dope positives could now also mean that NDTL (National Dope Testing Laboratory) may very well come under WADA’s scanner. This is not the first time that a sample that was declared dope negative in Delhi has sprung up as dope positive overseas. Also, the details whether the Montreal Lab conducted advanced testing than at NDTL are opaque.

The IAAF (International Association of Athletics Federations) had earlier asked Cologne lab to test the sample of discus thrower Arjun after NDTL affirmed the dope test to be negative.

However, it is not very clear about Nirmala’s case currently, with most sources in India being tight-lipped. Nonetheless, the IAAF has notified for a provisional suspension to be awarded to the athlete.

In weightlifter Poonam Dalal’s case, the sample was collected during World University Championship trials. She was tested positive for a banned substance called Stanozolol.
Poonam Dalal, who hails from Jagadhri and won the 48 kg class gold at the Commonwealth Youth Championship in Penang, had won bronze in the last National Championship in Mangalore, lifting a total of 159 kg.

In Chandigarh last year, she had also won silver at the All-India inter-university championship with total lifts of 153kg.

In an interesting development, the Indian Weightlifting Federation (IWLF) had earlier warned the All India University authorities to decide whether to send a team to the World University Championship in Poland since its lifters did not comply with filing their whereabouts details.

The International Weightlifting Federation (IWF) had also asked the Indian contingent regarding the whereabouts. The national body had written back to the international federation stating that had no control over these lifters since they weren’t in the national senior or even the junior camp.

It was for this exact reason why the IWF had not allowed the Indian team to compete at the WUC in Poland.

Monish Gadiya
Monish Gadiya is the Head of Content at KreedOn. He is a thorough tech-enthusiast and believes that innovation is the answer to all the problems prevalent in the society. Monish graduated from University of Pune with a degree in Civil Engineering before pursuing a post-graduate diploma course in intellectual property rights. A die-hard football fan, he has represented his college at various football competitions.
Previous articleWhy Sports Team Websites Need SEO and How to Get it On-Point
Next articleHockey Basics: All You Need to Know About This Sport