Sports have a weird rule. Sometimes it happens to people serendipitously and they take it on to become professionals. For some who are strongly determined to conquer every other player at their respective disciplines does that with sheer hard work and achieve their goal. And then there is a group of athletes who are as talented and hard-working as anyone but lose in front of fate. It’s so disheartening that you feel like you have done everything possible but just can’t make it. Indian boxer Devendro Singh is such an unlucky lad. From once being the third-best boxer in the world to starting coaching other boxers at the age of 27, Devendro Singh’s story is just as eventful as unfortunate.

Devendro Singh: The talent from North-East

Hailing from Imphal, West district of Manipur, Devendro Singh comes from a family which already has a national-level boxer. His sister, Laishram Sushila Devi was a professional boxer and became his first trainer. Devendro was lucky to have parents who supported and encouraged him to follow his dreams and his sister was always observing and coaching him at every phase of his development. She was Devendro’s analyst, creating strategies against potential opponents by studying their style from YouTube.

The Start of Boxing Career 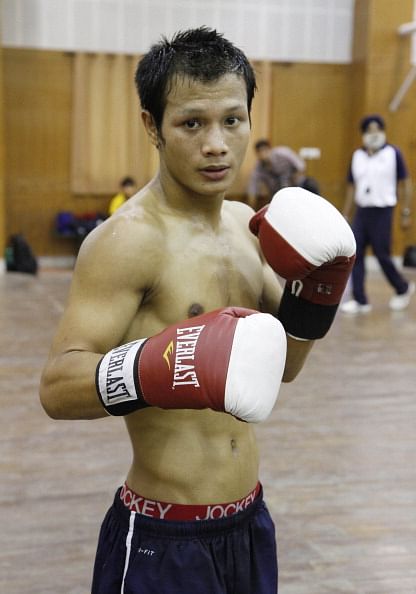 He also got an experienced sports nutritionist, Mrs. Aradhana Sharma. Manipur’s State Boxing Coach M. Narjit Singh and National Boxing Coach Gurbaksh Singh Sandhu trained him for the grand event. High hopes were on the shoulders of the young Manipuri boxer as he walked into the Olympic Boxing ring. To reach the quarter-final of the event, Devendro Singh defeated the Mongolian, Purevdorjiin Serdamba who won the silver medal in the 2008 Beijing Olympics. Just when it seemed like there’s no stopping him, the 2008 bronze medalist, Paddy Barnes of Ireland beat Devendro Singh 23-18. His biggest dream shattered right there in London.

READ | Shiva Thapa: The story of youngest Indian Boxer to qualify for Olympics

Devendro Singh: The rise and fall of Boxing Champion

Showing the intent of a true warrior, Devendro Singh returned in 2013 with a bronze medal in the FXTM International Limassol Boxing Cup and silverware in the ASBC Asian Confederation Boxing Championship. He climbed up the rankings and became the 3rd best boxer in the world that year. In the following year, he became the first Indian boxer to claim the gold medal at the Bocksai Invitation Tournament. As he was heading towards the 2014 Glasgow Commonwealth Games, Devendro Singh looked in great shape and mentality to go for gold.

Being undisputed the entire tournament till the final match, Devendro had to beat his two-year-long rival Paddy Barnes in the last match of the event to win a Commonwealth gold. Sadly, once again he failed to overcome the Irish barrier, settling for a silver medal. In the split decision, Paddy won the first two rounds to secure his gold medal. Though the Manipuri came back in the final round, it wasn’t quite enough. That match witnessed the end of prime Devendro Singh. His performance began to decline massively as he failed to qualify for the Rio Olympics 2016 by losing to Carmona Heredia Samuel of Spain in the International Boxing Association’s World Qualifying Tournament. His chances of boxing in the World Championship had also diminished when he lost the 2017 trials for Asian Championship.

Now, Devendro Singh works at the Army Sports Institute, Pune, coaching budding boxers for the Services team. They say winning doesn’t teach anything; defeats do. Devendro Singh is an example of extremely talented and skillful athletes in India who fell short at most crucial encounters in their careers. We don’t know whether a return is on the cards for him. Otherwise, let’s hope he turns out to be a fantastic boxing coach and achieves what he couldn’t as a player through his apprentices.

TOP 10 Best Bodybuilders In India who are ROCKING the world