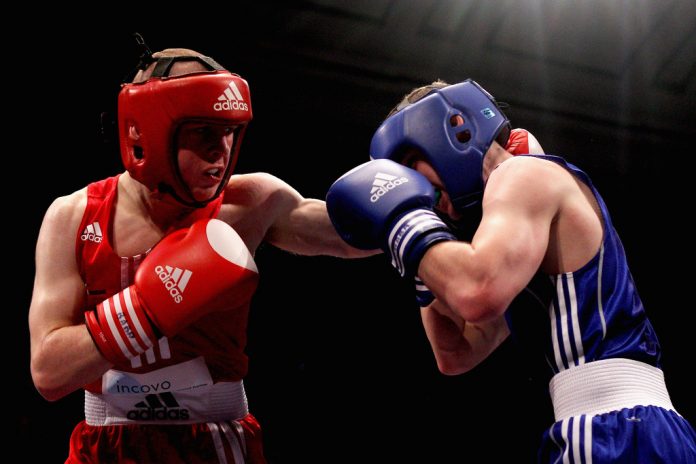 Boxing – One of the few sports which people from all age groups across the globe enjoy even if they are not aware about its rules and regulations. Because of course, why wouldn’t you watch two fighters throwing punches at each other?Boxing is much more than two contestants throwing punches. It involves intense technique, focus, stamina and more importantly –  timing. All this comes into play in deciding when to land a punch and when to back out. Interesting, isn’t it? Well, the history of Boxing is as interesting as well.

Although it is one of the most entertaining sport right now, it is equally dangerous. And while there are a number of precautions in place for the protection of boxers, it wasn’t always the same.

In ancient Greece, boxing was a lot different than what we see today. The sport slowly evolved before being accepted by the society. Let us dive into the history of Boxing:

Throughout the world, various evidences of boxing or fist-fighting have been found. The earliest documentation of boxers exchanging blows dates back to 1650 BC as painting of Minoan Civilization was found. In the 1350 BC sculpture of the Egyptian Thebes, both boxers and spectators are shown, confirming boxing as the sport.

But it was the Ancient Greece which took boxing – the sport, more seriously than rest of the world. It was well developed sport with a set of rules and popularity amongst the masses. Boxing was even part of the Ancient Olympic Games, first introduced during the 23rd Olympiad in 688 BC.

Despite the rules, the game was nothing like we see today. Leather thongs were used to wrap up the boxer’s hands for protection. There were no rounds or any kind of time limit during the bout. The fighters would continue fighting until one of them forfeited the bout or could not continue any longer. Unlike today, the concept of weight-classes was not used back them, making it easier for heavyweights to dominate the sport.

In India, a number of references of “musti-yuddha” (boxing) have been found. Ramayana, Mahabharata and Rig-Veda, all have the incidences involving fist-fighting. The Ancient Roman Empire was also famous for the sport back in the days but due to its brutality, it was completely stopped in AD 393.

Boxing, the sport, did not return until the 16th-17th century. The bare-knuckle boxing started gaining popularity in England in the late 17th century.  James Figg became the first English bare-knuckle champion in 1719. It was around this time when the word “boxing” was first used.

But despite all the rules and regulations, boxing was not accepted by the common public. The bare-knuckle fights were banned in most of the United Kingdom and the USA. Money was the main motive behind the fights, with a prize money for the winner, ticket money for the promoter and spectators betting on the result.

It all started to change when boxing was first introduced in the modern Olympics in 1904. In 1908 Olympics, amateur boxing became the part of Olympics and people started watching the game with interest.

Jimmy Barry, the American Professional boxer, was one of the most famous figures in the late 1890s as he never lost a fight. His record stands at 59 wins and 9 draws in the bantamweight class.

Amateur boxing mainly features in the Olympic and Commonwealth Games. It is usually more protective type of boxing as compared to professional boxing. A bout usually consists of three rounds of three minutes with points awarded based on the number of clean punches landed rather than the intensity of the blow.

For protection purposes, boxers wear headgear during amateur boxing bouts. Ringside judges award points to boxers and the one with most points at the end of the fight is declared winner. In case of the points tie, the winner is decided on the technical superiority.

Professional boxing is a much longer affair than amateur boxing with fights ranging from ten to twelve rounds. A technical knockout win is awarded if the opponent is unable to continue the fight. No headgears are used in this type as the boxers are allowed to take much physical damage.

Young boxers usually try to work on their technical ability and participate in the Olympics and Commonwealth Games at an early age before turning pro later in their career. Due to its more popularity and money invested by promoters and investors, there is more money to be earned in professional boxing. And as its best example, you don’t have to look any further than Floyd Mayweather.

With the flow of money and its popularity, Professional boxing became one of the most famous sport in the America and Europe around 1950s. A number of legendary boxers became instant heroes and gained a lot of popularity even in mainstream media. The success of movies based on Boxing in the Hollywood helped spread the Boxing all around the world.

Muhammad Ali, formerly known as Cassius Clay Jr. is without one of the most famous name in boxing. He is considered as the best boxer of all time by many. Ali won the Gold Medal in the 1960 Olympics before turning professional. His record of 56 wins, including 37 knockouts and just 5 losses is one of the best in the history of the sport.

But before Ali dominated the Boxing World for more than two decades, Joe Louis was the king of the ring in 1940s. The American boxer’s record stands at an incredible 66 wins, including staggering 52 knockouts and just 3 losses.

Mike Tyson, another famous name in the mainstream media, was another successful but equally controversial boxer in the late 20th century. His record is 50 wins and 6 losses, including 44 knockout wins.

Floyd Mayweather is one of the richest sportsman of all time and he has earned it by retiring unbeaten with 50 wins. But the American is not the only one to retire unbeaten in his boxing career. In fact there are a total of 15 boxers who retired without losing a bout.

While Professional boxing remained more famous and much more money-laden than Amateur Boxing, boxers still dream of winning the Olympic medal. And that drive and fight for the top of the podium made boxing one of the most famous sport in the Olympic Games.

Boxing has been part of Olympic Games since 1904 and in 2012, Women’s Boxing was also introduced at the Games. The USA have dominated at the Olympics by some distance, with50 gold medals and 114 podium finishes in total. Cuba, where amateur boxing is one of the most famous sport, is second in the list with 37 gold medals.

Felix Savon and Teófilo Stevenson of Cuba and László Papp of Hungary have won the most, three gold medals at the Olympics. The Hungarian was the first man to do so, with medals in 1948, 1952 and 1956. He is also the only boxer to win multiple gold medals across two weight categories.

Nicola Adams and Claressa Shields hold the record for most gold medals in women’s boxing at the Olympics, winning the gold in both 2012 and 2016, in flyweight and middleweight, respectively.

Due to a number of governing bodies in the boxing world, there are five different championships are up for grabs for current boxers. World Boxing Association (WBA) is currently one of the biggest governing body. Andy Ruiz Jr. scored an upset victory over Anthony Joshua in the first week of June to win the WBA Championship. With his victory, Ruiz also became the International Boxing Federation (IBF) and World Boxing Organization (WBO) champion.

With 17 different weight divisions and five different titles in each category, the list of title holders is exceptionally vast. Check out all the current champions here. 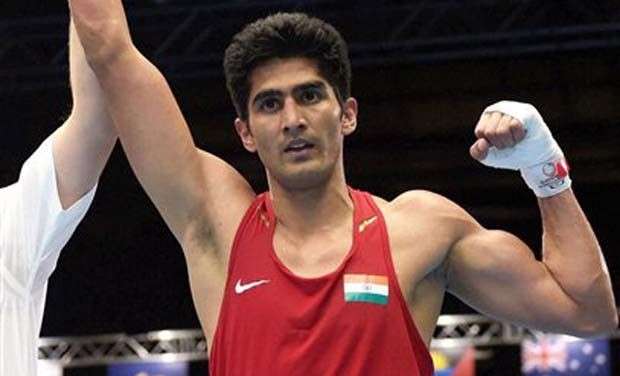 Being the origin country of wrestling, India has failed to excel in other combat sports so far. The country has also found very little success in Boxing, most of which has come in the last decade.

The Haryana-born boxer continued to make India proud with 3 medals at the Commonwealth, 2 in the Asian Games, including the gold in 2010 and 2 more medals at the Asian Championship. Singh decided to turn pro in 2015, and is on an unbeaten streak of 10 wins. Seven of his ten wins have come in the form of knockouts. Singh also holds the WBO Asia Pacific Super Middleweight and WBO Oriental Super Middleweight Champion.

Mary Kom is arguably the greatest boxer India has ever given to the world of Boxing. Hailing from Manipur, Kom is the only woman to win the World Amateur Boxing Championship record 6 times. She also won the bronze medal in the 2012 London Olympics in the 51 kg category.

Kom has won 5 Gold Medals at the Asian Championship, 1 each at the Asian Games, Commonwealth Games and Asian Indoor Games. Her success in Boxing has inspired a number of Indians to take up boxing. Kom has also helped Indian women to find their motivation in Sports and work their way to the top. Pinki Jangra and Kavita Chahal have also represented and won medals for India in Asian Games and World Championships.

But much before Singh and Kom, Paresh Lal Roy of Kolkata worked hard to popularize the sport in India. He opened a training centre Ballygunge and organized the first inter-railway Boxing Championship in 1928.

Paresh Lal Roy’s hard work did not bear fruits for a long time, before Hawa Singh came into the picture. Regarded as the Father of Indian Boxing, he won the Gold Medal at the 1966 and 1970 Asian Games.

Pu Zoramthanga and V Devarajan found success in the World Championships, with bronze medals in 1990 and 1994 respectively. India had to wait a little longer to find more success in Boxing after that. Mohammed Ali Qamar became the first Indian to win the Gold Medal at the Commonwealth Games. He won the medal in light flyweight at the Manchester Games.

Since then, Indians have managed to find the podium on a regular basis in Commonwealth Games and Asian Games. Jitendra Kumar, Manoj Kumar, Suranjoy Singh, Akhil Kumar, Devendro Singh and Shiva Thapa are some of the names to have made India proud in the last two decades.

Shiva Thapa is currently one of the favourites to win the medal in the 2020 Tokyo Games.

Chinmay Pagar
I might be a Mechanical Engineer on the paper, but I was a Sports enthusiast since childhood, screaming at the TV watching cricket at the age of 4. Not much excites me other than sports unless it's free pizza. I can watch literally anything remotely related to sports; Cricket, Football, Tennis, F1, Hockey, Athletics, Chess, you name it! And I love to write too, so at the time I'm not watching sports, I'm writing about it. Or eating pizzas, of course.
Previous articleStaggering Money Star Sports will Make from India-Pakistan WC Match
Next article15 Funny Cricket Videos that you need to see if you love a good laugh

Mary Kom: Some Coaches Need to be More Aware of Banned...