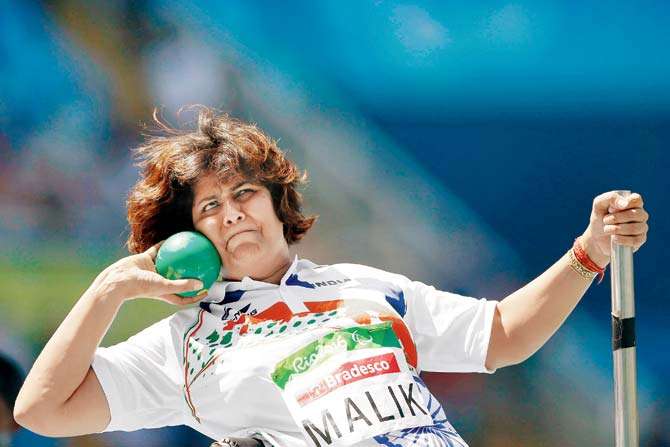 Deepa Malik has time and again proven that physical limitations cannot deter a strong mind. In 1999, was diagnosed with a spinal tumor. Even after undergoing three surgeries, she was still left paralyzed from the waist down.

Every so often, we are bound by our own limitations. These become the borders in which we define ourselves. However, there are some tough souls who break these barriers and grow beyond their limitations. They do so with immense strength, dedication, and willpower.

Today we will glimpse into the life of one such strong individual. Her life story will inspire you to finally take that leap of faith and chase your dreams.

Most 40-year olds are busy planning their retirements or slaying it in their careers. Would you ever expect a mother of two adults to take her first steps into a career in sports at that age? We probably would.

We are accustomed to the conventional way of thinking, aren’t we? She isn’t. Deepa Malik shed her inhibitions, shattered social taboos, and stood for herself in the most unique way possible. She may not be able to literally stand, but today she has stood for all those who are physically disabled, as well as those who are stuck in the limitations of their minds.

She is the daughter of veteran Infantry Colonel BK Nagpal. Born and brought up in Sonipat, she is very proud of her army background. She married an army man as well. Her husband veteran cavalier Colonel Bikram Singh has certainly stood by her through everything like a solid rock. Deepa is currently working as an Assistant Athletic Coach at Gurgaon. The couple is blessed with two daughters – Devika and Ambika.

Deepa’s life took an unexpected turn in the year 1999. She was diagnosed with a spinal tumor. Even after undergoing three surgeries that resulted in almost 200 stitches, she was still left paralyzed below the waist. Since then Deepa is bound to a wheelchair, but the disability couldn’t cage her free spirit.

The phase was all the more difficult for the Malik family as Deepa’s husband was in Kargil then. Both husband-wife fought different wars and survived. Before the surgery, Deepa spoke to her husband. She told him that she will never be able to walk again. Her husband assured her that he will carry her in his arms all her life! This undying love and support from her husband as well as her family have given Deepa the strength to wade through all of life’s difficulties.

Deepa successfully handled a catering business for seven years. As a matter of fact, she became more liberated after the tragic turn of events. She was chiefly awarded the Swawlamban Award by the Maharashtra government for her independence.  At the age of 36, Deepa surprisingly decided to pursue a career in sports! No social taboos or restricted mindsets could stop her. She has till now successfully competed in various sports. Today she has 58 national & 18 International medals in her name!

The Paralympics games began in the year 1968. However, no Indian female athlete had participated in the games before Deepa. She became the first Indian woman to participate as well as win a medal in the games in the year 2016. She made history by winning the silver medal in shot put.

"When I do athletics, that belongs to 1.3 billion Indians – the whole platform changes. The sense of pride because you are wearing your country’s colour and you have the entire country backing you – that’s a different high altogether.” @asianpg2018 https://t.co/lUEchfOv6A

In an interview with The Hindu, Deepa Malik’s elder daughter Devika said,

“We always expected her to finish on the podium. Deepa had put in a lot of hard work and dedication. She would get up at 5 a.m. and workout for four to five hours in the morning and another two to three hours in the evening. She underwent a tough training before going to Rio and would follow a strict diet regimen.”

Deepa has won medals in IPC Athletics World Championship, IPC Oceania Asian Championship, Incheon Asian Para Games, Open Athletics Championships, and many more tournaments. The multi-talented athlete has won these in events like shot put, discus throw, and javelin throw. In 2018, she won the gold medal at the World Para Athletics Grand Prix in a discus event in the Asian Ranking 53 category.

Deepa is also a talented swimmer! Is there anything she hasn’t done! She swam a distance of one kilometer against the current in the river Yamuna in 2008. This achievement was indeed registered in the Limca Book of Records.

“ I used to go on a run every day. Every day I saw this boy running, too. One day, he came with this gorgeous-looking motorcycle. And, I so wanted to ride it. I went up to the guy and asked him to give me the keys. He asked if I would be able to manage it? I commanded to hand me the keys then and he did. Rode the motorcycle and pulled out a few stunts and gave it back to him. I told him that I’d have married any guy who’d not ask me why I needed a motorcycle and would buy me one.” Her husband basically proposed to her with a bike! 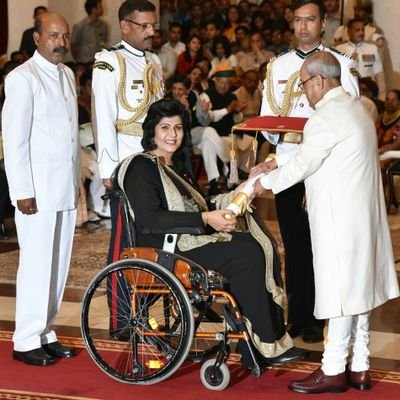 In an interview with XtraTime, Deepa gave an inspiring message to all physically challenged athletes out there.

I think the main message I should give out is, take initiative and stop living on excuses. If you have a passion and if you have a dream, then you should have the courage to fulfill the dream. You can only do it by putting your heart and soul in it. Be positive, work hard and enjoy what you do. You are ready to win an Olympic medal.

Very well said Deepa Ma’am! Most of us are simply living a life full of excuses. We have a habit of finding reasons, that we forget to find our purpose in life. Instead of letting setbacks and difficulties push us behind, we should use them as stepping stones towards success. A dream simply remains a dream until we find the courage to pursue it. Deepa Malik’s life story will surely help many of us to find that courage. Cheers to living a life of passion, aspirations, and fulfilled dreams!

Mamta Thatte
A passionate foodie, a versatile writer, and now a sports enthusiast, Mamta is always open to exploring new avenues. She has a vast experience in Web Content Writing, Editing, and Social Media Management. A self-confessed coffee and dark chocolate addict, she believes in following her heart and giving her 100% into everything she does.
Previous articleChess Olympiad: Indian Men beat Holland; Keeping medal hope alive
Next articleAjay Jayaram Out of Chinese Taipei Quarters; Saurabh Verma Knocked Out

Pramod Bhagat Bio- The Journey of a Polio Affected Boy Who...