Commonwealth Games gold medallists Manika Batra and G Sathiyan stamped their class, to guide team Dabang Smashers to the CEAT Ultimate Table Tennis title with a 11-7 win over Falcons TTC in the final.

Dabang Smashers win – As it happened…

Riding on a brilliant start that saw the Smashers jump to a solid 7-2 lead after just three matches, captain Sathiyan recorded a thumping 2-1 victory over Alvaro Robles to bring the contest to a premature end.

Sathiyan won the first set handsomely and led 5-0 in the second. But Spain’s Robles pulled back to draw level and make it 1-1. World No. 44 Sathiyan, however, had the last laugh, winning the third and the crucial 11th game point to seal the victory for the Smashers. 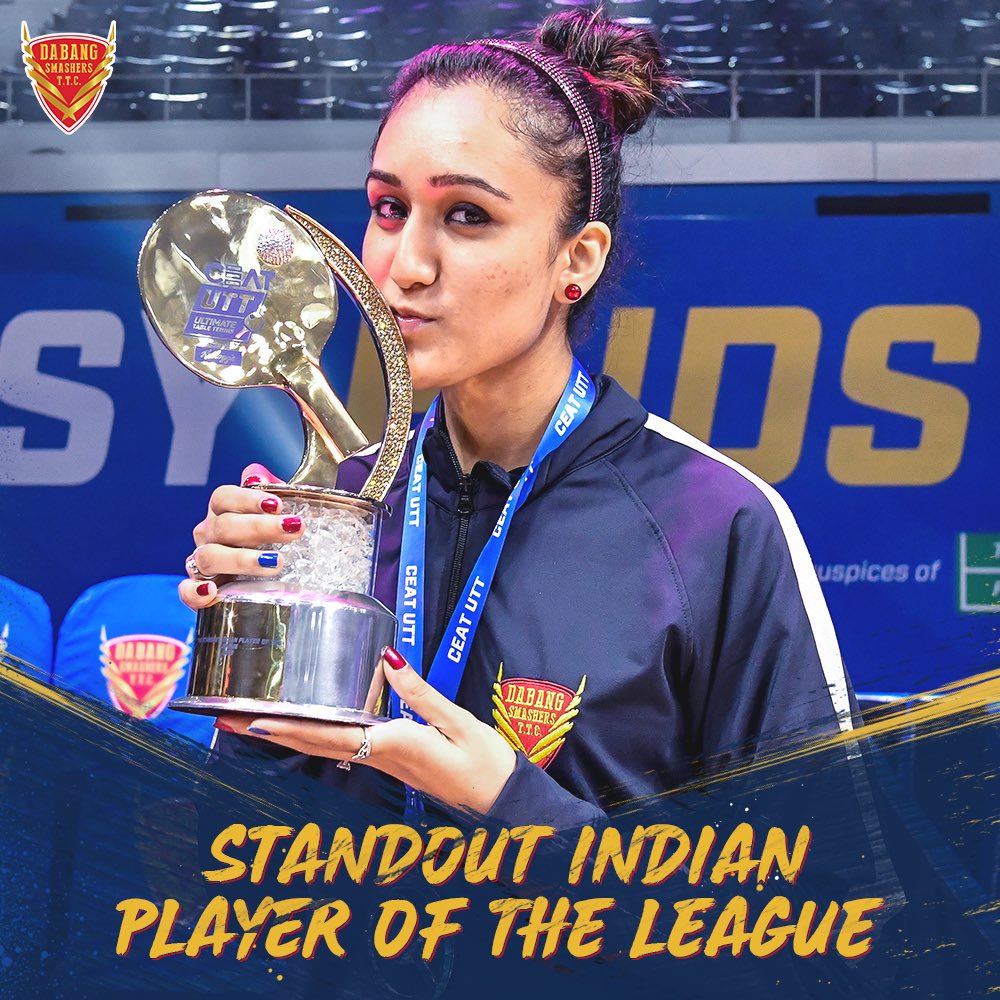 By doing so, Manika Batra picked up the Indian player of the league award for her outstanding performance through the season. She won 5 matches and lost 2.

World No. 27 Yoshida Masaki extended Smashers lead with a 2-1 victory over Sanil Shetty. Masaki exhibited great technique and control to claim the first two sets 11-8, 11-8. But Shetty went back for broke and claimed the last set to corner one vital point.

Sathiyan and Sakura Mori promptly paired up to pick 2 more game points, getting the better of Sanil Shetty and Bernadette Szocs in the mixed doubles clash.

Falcons’ captain and last year’s MVP Liam Pitchford brought his side back to life, beating Belgium’s Cedric Nuytinck 2-1 in an exhilarating contest. He, however, yielded a vital point, losing the second set 5-11 which proved critical in the end.

Romania’s Szocs, who has quietly been winning matches for Falcons, then overcame young Adriana Diaz to narrow the lead. But the 17-year-old Puerto Rican also pulled one point in the third set to prepare the stage for Sathiyan.

For more updates on Indian sports do visit www.kreedon.com or register with us and become a sports author.

Vardan Pandhare
Vardhan is an author who loves creativity. He enjoys experimenting in various fields. After completing his graduation, he was sure about one thing! His love for sports. He is now living his dream of being creative with words in the field of sports. He has since then always brought the latest news and updates for all the sports fans.
Previous article
5 World Records Created by Indian Athletes
Next article
India goes down Fighting in Men’s Hockey Champions Trophy – Settle for Silver