Dabang Delhi Kabaddi Club, the Delhi franchise owned by DO IT Sports Management, is all set to give their best performance in the playoffs of Vivo Pro Kabaddi League Season 6. The team will play their first match on Sunday, 30th December, 2018 against Bengal Warriors. With consistent, winning performances during the group stage of the league and an excellent home leg, Dabang Delhi is confident to carry their stellar form into the playoffs.

The team is performing cohesively as a unit, leading to some emphatic wins over the competition. Fans can look forward to some Dabang action from the team in the knockout matches to come.

Under the leadership of Krishan Kumar Hooda, Chief Coach of Dabang Delhi K.C., the team has qualified for the first time in the Pro Kabaddi League. The team finished at the 3rd place in the points table of Zone A with 11 wins in the group stage. 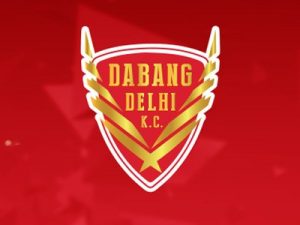 Commenting on the team’s journey in so far in the league, Joginder Narwal, Captain of Dabang Delhi K.C. said,

“It has been an amazing journey for me with Dabang Delhi K.C. in Vivo Pro Kabaddi League – Season 6 and I couldn’t have imagined for better team performance. We have performed well as a unit. The entire team has been mentally very strong this season and that is one of the reasons we have done well. I am very happy with the results so far and looking forward to winning the title for Dabang Delhi K.C.”

“This has been the best season for Dabang Delhi in the history of Pro Kabaddi League. With the support from the fans, the team won 5 out of 6 matches during our home leg of the tournament. The credit goes to the entire team, as all the departments have worked well for us. Our raiders Naveen, Ranjit, Pawan and Shabeer, defenders – Joginder, Ravinder Pahal, Vishal Mane, Satpal & all-rounder Meraj Sheykh have performed very well for the team. I’m confident that the team will get the cup home for the Delhi fans.”

Dabang Delhi Kabaddi Club is the only team backed by an institution focused on building a presence across multiple sports in India (owners of Dabang Mumbai HC – the Mumbai franchise of the Hockey India League – the world’s biggest Hockey league, Pedal India – India’s premier cycling circuit and Dabang Smashers TTC in the Ultimate Table Tennis league).

Mrs Radha Kapoor Khanna, a creative entrepreneur and the only female team owner in the league is a strong proponent of the spirit of “women entrepreneurship”. She owns the team through DoIT Sports.

Dabang Delhi KC holds the exclusive rights to the Delhi/NCR territory and has built a very strong connect with the entire North region, which is unarguably the #1 territory/ region for Kabaddi in India. The team’s state of the art ‘home arena’ – Thyagaraj Stadium has a seating capacity of over 5,000 people is the only Green Stadium in the country, adding to the teams’ undetermined belief in supporting the environment that we live in.

KreedOn Network
We are a team of sports writers who research about sports in India day in day out. Please reach out to us in case of any specific requirement of digital services on [email protected] .
Previous article
Star Sports Will Telecast AFC Asian Cup UAE 2019 in Six Languages
Next article
Indian Sports 2018: Top 5 Athlete-Brand Collaborations of 2018