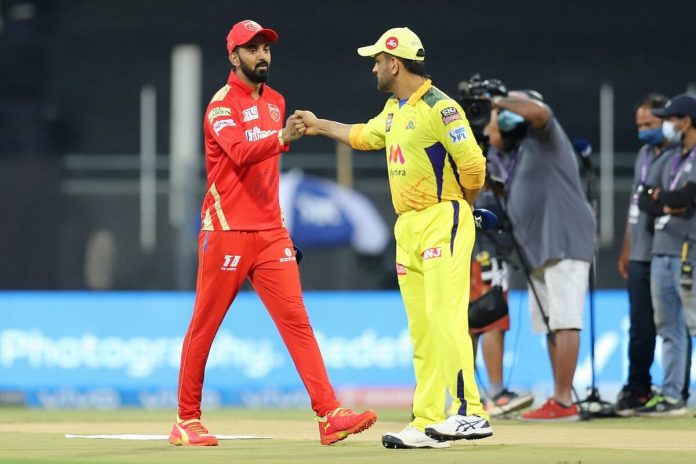 CSK Vs PBKS Dream11 Prediction Team: It is almost the end of the league stage, and we still do not have our top four. The battle for the fourth and the final spot is still on. This match holds very little significance, but there is an extremely slim possibility that the team with the least expectations will qualify for the playoffs. For that to happen, it will have to take a miracle in this and the match to follow.

Punjab Kings have not had the best results, despite some good performances. And they have only themselves to blame for the situation they are in. However, they might still make it to the playoffs if they beat Chennai by a good margin, and Kolkata Knight Riders lose to Rajasthan Royals by a big margin. There is a very low possibility of that happening, but you never know.

Chennai Super Kings have been brilliant throughout this season, and they rectified the problem of their middle-order to some extent in their previous game. They still have some scope of improvement, and they would want to do that before the start of the playoffs.

KL Rahul- KL Rahul has been leading the team from the front, which is very useful for Punjab. While there are no questions on his batting, his leadership skills have lacked a bit of character. He will have to lift the morale of the team and push his team to be match-winners.

Ambati Rayudu – Rayudu had a quiet season, but it was not highlighted because CSK was winning matches. In the last match, he played a good knock when the top-order failed to perform. He will have to be a little quick to get even better results.

Faf du Plessis & Ruturaj Gaikwad- These two have become a great opening pair for Chennai, and are consistently giving them good starts, and at least one of them is always carrying forward the foundation. They would want to continue that in the next match as well.

Aiden Markram- Markram has been a good find in the second half for Punjab, and he has somewhat stabilized their middle order. He still has some work to do for Punjab in the last match of this season.

Shahrukh Khan- Sharukh was a good buy for them this season, and he is a very powerful striker. In Chris Gayle’s absence, he can play the role of the power hitter finish off games with his six-hitting ability.

Ravindra Jadeja – Jadeja is CSK’s most valuable player this season because he has performed in all three departments. He has scored quick runs, he has wickets to his name, and he has saved runs and taken a few catches.

Dwayne Bravo- Since the CPL, Bravo has been in good touch. He has taken wickets regularly for Chennai in this half and will have to continue doing his bit in the playoffs as well.

Deepak Chahar – Chahar, with the new ball, is very effective in powerplays. Three of his four overs are usually exhausted in powerplays. And he gets results in almost every match, which is always a good sign.

Mohammad Shami – Shami is the most experienced player for Punjab and is leading the bowling unit with ease. He is doing the job quietly. He has taken wickets and also put batsmen under pressure.

Arshdee Singh- Arshdeep Singh is a young and aggressive bowler, a perfect combination for T20 cricket. He is eligible for the emerging player award this season and deserves to win it because he has numbers to back him.

Chennai Super Kings is expected to win this match.

KreedOn Network
We are a team of sports writers who research about sports in India day in day out. Please reach out to us in case of any specific requirement of digital services on contact@kreedon.com .
Previous articleRR Vs MI Dream11 Prediction Team | Rajasthan Royals vs Mumbai Indians Vivo IPL 2021 | Match 51 Fantasy Cricket Prediction | IPL predictions for today’s match
Next articleKKR Vs RR Dream11 Prediction Team | Kolkata Knight Riders vs Rajasthan Royals Vivo IPL 2021 | Match 54 Prediction | IPL predictions for today’s match

Learn how to bowl in Cricket – Decoding best tricks & techniques...