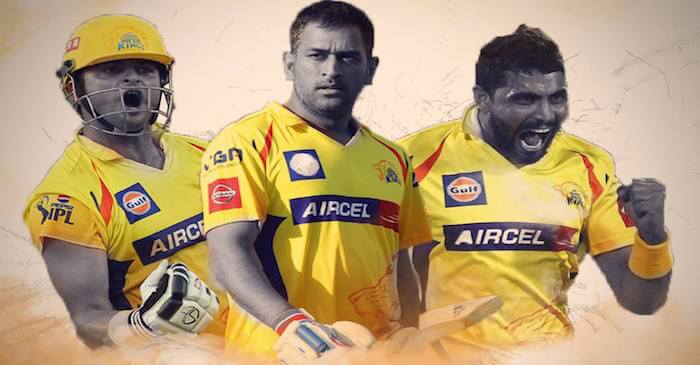 CSK had a stellar last season, with the team trumping Sunrisers Hyderabad to win the 2018 IPL title. Naturally, they did the needful and preserved their core team in the transfer window. In fact, they allowed just three players to leave, viz., Mark Wood, Kanishk Seth, Kshitiz Sharma.

That meant that the team had only two slots available going into the auctions, with both of them going to Indian players.

And as was expected, they were always in the market to apply some final finishes to their squad, having retained the almost the entire squad beforehand. Even though they played a minor role during the 2019 auction, they did bring in some value additions in the squad, especially in the Indian fast-bowling department. They had initially bid high for Jaydev Unadkat, but with them being restricted with a strict purse of just over ₹8 crore, they decided to back off, with the Saurashtra player going to his former employers Rajasthan Royals instead.

The auctions really had a theme of reunion, with many notable players going back to their former clubs even though some of them had been released just a couple of months ago by those exact teams.

It did not come as a surprise, as a result, that CSK went all out to buy their long-time serviceman Mohit Sharma, securing his services for Rs 5 crore. He had essayed key roles for the team in the past and thankfully they returned the favour by putting in an enormous amount of trust in him. Ruturaj Gaikwad was the other addition by the South Indian team.

* indicates players signed in the auction

Hope is a good thing, may be the best of things… #SuperAuction?? pic.twitter.com/LQmmeHymE4

Architect-turned-Mystery Spinner Varun Chakravarthy is picked up for a massive INR 8.4 cr by KXIP. CSK run out of funds midway through the bidding tussle to sign the local boy #IPLAuction https://t.co/Y7CyciNNRS

Had a close look at him last year at CSK nets… This guy Varun Chakravarthy have the potential to play for INDIA.. selectors should keep an eye on him.. he is a fast and furious spin bowler.. another mystery spinner ✅?..

Monish Gadiya
Monish Gadiya is the Head of Content at KreedOn. He is a thorough tech-enthusiast and believes that innovation is the answer to all the problems prevalent in the society. Monish graduated from University of Pune with a degree in Civil Engineering before pursuing a post-graduate diploma course in intellectual property rights. A die-hard football fan, he has represented his college at various football competitions.
Previous article
This Iconic Inning by VVS Laxman Redefined the Journey of Indian Cricket
Next article
2019 IPL Auctions KKR: Review, List of Players, Squad, Media Reaction

Not MS Dhoni or Kohli, this is IPL’s greatest batsman of all time

Coronavirus: The news about IPL 2020 you won’t want to hear

Not MS Dhoni or Kohli, this is IPL’s greatest batsman of...