The spread of Coronavirus has impacted each and every being and industry in the world, directly or indirectly. And sports is no different. With the deadly virus spreading uncontrollably ( having claimed at least 5000 people globally at the time of writing), the Governments have decided to shut public gatherings. This is precisely why almost every sporting event is either being postponed or cancelled.

The delay caused has impacted not just the sporting federations, athletes, or the fans, but everyone else involved in conducting the events smoothly. The financial losses for these events have already started to soar high, and from here, it will only grow.

Gambhir announces he is about to fly to Wuhan 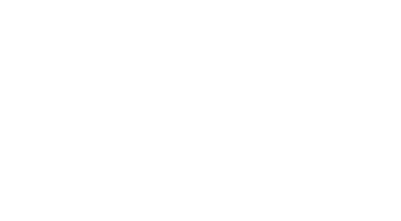 The Indian Open was scheduled from 24th March to 29th March in Delhi. However, the event has been postponed as of now until further notice with the Delhi government banning all sporting events for at least a month.

In terms of global badminton tournaments, all BWF sanctioned competitions have been suspended until 12th April.

BWF can confirm the Lingshui China Masters 2020 has been postponed until a later date in the wake of growing concerns over the coronavirus outbreak in China and surrounding areas.

The ISSF World Cup for rifle, pistol, and shotgun which was scheduled from March 15th- March 25th in New Delhi has also been postponed.

All domestic tournaments have been cancelled. The ATP has been suspended for at least six weeks. No Professional tennis will be played anywhere in the world until 20th April.

Ok, I have an ideapic.twitter.com/T9jzpH3MGP

daivik
Previous articleYuvraj Singh names his favourite actor to feature in his biopic
Next articleKiren Rijiju gives thumbs up for Olympic preps, BCCI to WFH

Covid 19 has changed life as we knew it. Most people have struggled with dealing with the isolation factor more than anything else
Read more
News

India vs England series 2021: The third, fourth and fifth matches of the series, which is currently tied 1-1, will be played without audience at Narendra Modi Stadium in Ahmedabad.
Read more
Cricket

Indian cricketers, both past and present, are coming forward to support the government’s fight against the Coronavirus pandemic. Earlier, players like Sachin Tendulkar, Virat...
Read more
News

The mother of Manchester City’s incumbent manager Pep Guardiola died on Monday after contracting the coronavirus. The announcement was made by the English Premier...
Read more
Cricket

Reports: IPL might be held in these months in 2020

The coronavirus outbreak has seriously affected the world’s sporting industry. Several sporting global events have either been cancelled or are under clouds of being...
Read more
Cricket

COVID-19: Check out what cricketers are doing in isolation! [Video inside]

The Coronavirus pandemic and the ensuing lockdown left everyone valuing the importance of freedom. While people around the world are using this time productively...
Read more

7 years of Sachin’s retirement: What happened in Master Blaster’s last...