Chetan Anand Biography: A Humble Badminton Star who Dominated the Game for Years

Chetan Anand Badminton: India has produced some of the best badminton players in the world. And it isn’t surprising considering the popularity of the game in the country. Badminton is the second-most played sport in the country. The first spot, but obviously, goes to cricket. But if we talk about men’s badminton, the first two names that pop up in the head are definitely Prakash Padukone and Pullela Gopichand. These two legendary badminton players have not only won laurels for the country but also shaped most of the shining stars of Indian badminton.

Today we are talking about one such badminton star, Chetan Anand, who dominated the game for years. One of the bests, the country has ever produced. Let us glimpse into the life story of none other than, Chetan Anand.

The Beginning Of Chetan Anand

Chetan Anand’s early connection with badminton was through his father, Harshavardhan Anand, who had participated in the Inter-State Lecturer’s Tournaments. Slowly, Chetan started joining him. As he started playing, he realized how much he enjoyed the game. His potential was prominent to his father who encouraged him to pursue it. Very soon, Chetan Anand became a classic stroke player. His intelligent game stood out among the rest.

Along with badminton, Chetan Anand focussed on his education as well. He studied mechanical engineering at the Potluri V Prasad Siddhartha Institute of Technology.

Chetan Anand participated in doubles in the U-12 and U-15 categories and found a lot of success. He participated in the Mini Nationals held in Mumbai in 1992. His pairing with A. Prithvi turned out to be a successful combination when they won the doubles titles in Open Nationals with Chetan just being fifteen years of age. Chetan Anand was the runner-up in the singles event.

Chetan was spotted by Prakash Padukone during the tournament. He immediately realized how talented the young lad was and the decision to send him to World Academy Camp in Malaysia was taken. This training in Kuala Lumpur changed Chetan Anand’s life forever. His technique improved leaps and bounds and his game took a step further, so did his career.

Chetan Anand won his first Asian Satellite tournament in 2001. The victory was special as this was his first senior tournament victory. In 2004, he became the National Badminton champion for the very first time. He followed the feat in the years 2007, 2008, and 2010.

The president awarded him the Arjuna Award in 2006 for his consistently stellar performance and superb display at the Commonwealth Games. In 2006, CWG, Chetan Anand won a bronze medal in men’s single as well as another one in the mixed team event.

At the 2010 edition of the games, in New Delhi, he won a silver medal in the mixed team event. Chetan also won the Irish International tournament in 2005, Toulouse Open, Bitburger Open, Dutch GP 2009, and Syed Modi GP in December 2009.

Chetan’s career-best ranking of 10 came in the year 2009. Unfortunately, his performance dropped after 2010 as he was plagued by injuries. 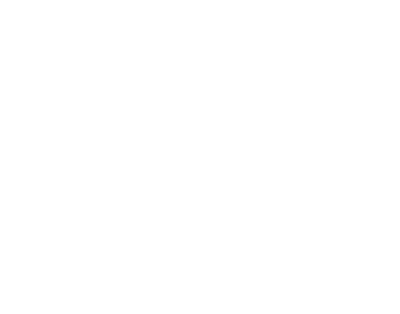 Chetan found love in fellow badminton player, Jwala Gutta. The couple got married in 2005. Unfortunately, things didn’t work out between the two and they got divorced in 2010, which garnered a lot of media attention. There were rumors about a link-up between Jwala Gutta and cricketer Mohammed Azharuddin. However, the couple cited their mutual differences and reached a settlement amicably.

“They come from very different backgrounds. Chetan’s father was an ordinary salaried person, while Jwala is more high-profile,” a source told Mid-Day.

Again, Chetan Anand found his soulmate in Sarada Govardhini Jasti. The couple got married in October 2012. They are blessed with two daughters. His first daughter shares the same birth date, 8th December. Chetan was over the moon when he found out that he was blessed with a daughter.

In an interview with the Times of India, he said, “Our baby was born on December 8 and I don’t seem to have words to express my joy. I always wanted to have a baby girl and now I am blessed with one. My wife Sarada and I can’t thank God enough. We are truly blessed.”

From getting his first breakthrough as a teenager to dominating the game for years, Chetan has come a long way. A young boy with immense potential turned into one of the badminton greats of this country. Plagued by injuries since 2010, Chetan’s career perhaps couldn’t reach his full potential but nevertheless nothing can hinder his spirit.

“With injuries putting a stop to my playing career, I thought the best way to stay connected with the sport which made me what I am today is to take up coaching. I can’t think of life without badminton,” he told The Hindu.

Chetan has started his own badminton academy, Chetan Anand Badminton Academy, at Ganges Valley School in Hyderabad. His wife, Sarada, who is a badminton player herself, is helping Chetan in his endeavor. Chetan wants to personally mentor each player and share his knowledge with the youngsters. It is truly heart-warming to see his humility and gratitude. We hope Chetan is successful in shaping many more Chetans’ for this country.

Mamta Thatte
A passionate foodie, a versatile writer, and now a sports enthusiast, Mamta is always open to exploring new avenues. She has a vast experience in Web Content Writing, Editing, and Social Media Management. A self-confessed coffee and dark chocolate addict, she believes in following her heart and giving her 100% into everything she does.
Previous articleThe Indian Volleyball Evolution: Jimmy George to Disha Ghosh
Next articleT10 Cricket Leagues: Next Big thing in Cricketing World?

12 Best Badminton rackets under 3000 in India