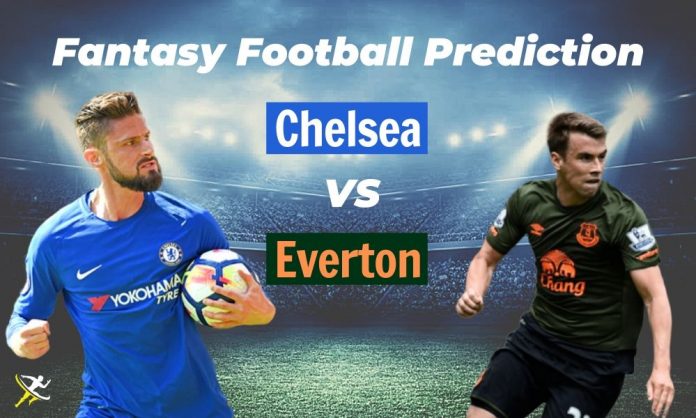 Match-week 29 of the Premier League features Chelsea, who will be hosting Everton at Stamford Bridge. Everton are pushing for a top 10 finish and a win in London can help them in the cause. Chelsea, on the other hand, are in the race to hold on to the fourth spot, with Manchester United, Wolves, Tottenham and Sheffield all fighting for a CL spot.

A convincing win over Liverpool in the FA Cup will give Chelsea all the momentum they need to face Everton. Currently 4th, they are 5 points behind Leicester City and would want to close in the gap because of the heavy competition for the 4th spot. However, Everton can prove to be tricky opponents.

Everton did well to absorb all the pressure thrown at them by Manchester United last weekend to come out with a draw. The Toffees are placed eleventh currently and a win will take them to the ninth spot. They will have to score early goals if they wish to contain Chelsea’s attacking in the latter half of the match.

Kepa got a clean sheet in the FA Cup victory over Liverpool. He will once again make the starting 11 of the team and will look to get another clean sheet. He has made 41 saves and has 5 clean sheets to his name so far in the PL this season.

Warad Bhat
Warad is passionate about brands, football, films and food. He enjoys reading about latest gadgets and technologies and spends his time either watching movies or cooking something new. Warad is a spiritual person who believes that to change the world you must change yourself from within.
Previous articleATK vs BFC Dream11 Prediction 2020 | ATK vs Bengaluru FC
Next articleAsian Oly Qualifiers Update: Indian boxers script an historic day