The English Carabao Cup (erstwhile, EFL Cup or Carling Cup) is hardly England’s elite tournament. The competition features clubs from lower divisions as well as the giants of the English top tier. It can sometimes be a great leveller.

Ask any top Premier League gaffer like Jurgen Klopp or Pep Guardiola, and they would prefer to lift the Premier League (of-course!) or even the FA Cup for that matter instead of the Carabao Cup if given a chance.

Having said that, the Carabao Cup – despite its diminished importance in the annals of English football – routinely produces some scintillating displays of fearless and attacking football. Owing to the gruelling demands on already over-stretched squads at most clubs, top-flight managers are typically not scared to give youth an opportunity in the Carabao Cup. In fact, in some cases like Liverpool or Manchester City, this tournament affords the only chance to feature youth and pacify those knocking on the doors of the first team.

The Carabao Cup could not have asked for a better advertisement than the two enthralling contests at Anfield and Stamford Bridge last night (October 30, 2019). Four giants of English Football went head to head in the fourth round of the Carabao Cup – Liverpool vs Arsenal and Chelsea vs Manchester United. What followed, especially at Anfield – was an advert for football. You can take the highlight reel of games like these and show it to those across the Atlantic who still view football (or, soccer as they call it) with a tinge of inferiority and bafflement.

Liverpool, the all-conquering, high-flying table toppers of English football demonstrated their depth, resolve and class against an embattled Arsenal side. At the present moment, Unai Emery’s Gunners simply CANNOT defend – not even if their lives were on the line. What followed was an edge of the seat thriller: a 5-5 draw featuring some outrageous goals from open play, a rare appearance for cast-away Gunner Mesut Ozil, a thunderous strike from Alex-Oxlade Chamberlain, and a last gasp stoppage-time equalizer from Liverpool’s cup competition talisman Divock Origi.

Arsenal were edging the content 5-4 until the 94th minute when Liverpool’s Belgian striker Origi spun and volleyed. It was all square once again – 5-5. Liverpool simply refused to give up. No Salah, Mane or Firminho. No problem. Jurgen Klopp has indeed turned back the clock.

A penalty shootout followed. Klopp’s young Liverpool side on the night smashed all five penalties beyond the grasp of Arsenal’s custodian in goal. It was perfection, once again. Klopp had a smile on his face.

Arsenal, to be fair, didn’t do too badly in the shootout themselves. 4 out of 5 isn’t a bad return at all. It was just insufficient on the night. Unai Emery too had a smile on his face. It was a wry smile, unlike Klopp’s unbridled delight, however. The Spanish midfielder – Danny Cabellos – on loan from Real Madrid missed his spot-kick. Liverpool’s 20-year old goalie Caoimhim Kelleher turned out to be the saviour. After shipping five goals from open play, the youngster finally made the telling contribution in a game that will be remembered for a long, long time.

More joy for Klopp. Speaking at the post-match conference, Klopp confessed – “I enjoyed pretty much each second of the game, to be honest. I don’t know when I last had so much fun in a football game.”

Unai Emery, meanwhile, was a trifle more pensive in his post-match reflections – “We were very close to the win and they equalized late and penalties are 50/50. We are disappointed in the end, defensively, because we conceded five goals but there were a lot of positives for us to use for the future.”

In another mouth-watering contest, Frank Lampard’s high flying, youthful, and slick passing Chelsea squared off against Manchester United. There was a little bit of sub-plot to this one. On the opening day of the season, Manchester United had demolished Chelsea 4-0 at Old Trafford. It was a nightmarish managerial Chelsea debut for Frank.

Since that embarrassment, Frank and Chelsea’s fortunes have spun around for the better. Chelsea were on a run of seven wins in all competitions, sitting comfortably in the top-four. The young brigade – most notably Mount, Timory and Abraham had left an indelible mark on the Premier League in their debut season thus far. Stalwarts like Jorginho, Willian and Kovacic had managed to find an extra gear in their game. It all seemed to be falling in place when Cristian Pulisic – America’s great hope – scored the perfect hattrick against a tough Burnley side at Turf Moor recently.

Manchester United, on the other, are languishing in the bottom half of the table. Under the stewardship of erstwhile great Ole Gunnar Solskjaer, the red devils were playing some of their worst football in the modern era. Slow, side-ways and pensive. It was some serious stock dropping stuff.

However, against the run of current form, Manchester United edged Chelsea 2-1 at the Stamford Bridge to make it to the quarter-finals of the Carabao Cup. Frank Lampard – hopefully – should not be too distraught by this defeat. Marcus Alonso’s clumsy tackle grassed Daniel James and the referee awarded what felt like a soft penalty to United in the first half. Marcus Rashford stepped up and converted his spot-kick like the pro we all know he can be.

The Blues rallied hard in search of an equalizer after the break. Midfielders Jorginho and Kovacic dominated midfield and Chelsea dominated the bulk of ball possession. It took a moment of magic at the hour mark from another beleaguered Belgian striker – Michy Batshuayi – for Chelsea to draw level. It was a brilliant surging run from midfield and a stunning low strike from the edge of the box. An out-stretched Sergio Romero – perhaps the most talented reserve goal-keeper in the world –simply had no chance.

Lampard freshened things up by bringing on Mason Mount and the experienced Pedro, and the blues looked more likely to clinch a winner on their home turf. Callum Hudson-Odoi, in particular, looked ominous every time he ran with the ball. Dare I say, some of his running was Hazard-esque. His finishing, however, left a lot to be desired on the night.

Nevertheless, this was indeed a night for the spectacular. Marcus Rashford’s stunning free-kick from 30 yards out in the 73rd minute swerved, dipped and stung Willy Cabellero palm before crashing into the back of the net. That would turn out to be the seminal moment of this cup tie.

United eventually absorbed late pressure from the Blues and secure a massive win in the context of their recent apathy. Three away wins in a row for Ole Gunnar Solskjaer certainly alleviates the massive pressure he has been under. For Frank, it would be a disappointment no doubt, but as he confessed in his post-match conference – “Rashford’s strike was simply outrageous”.

Sometimes, you just have to sit back and marvel. Frank knows this. After all, he has himself scored some outrageous goals for Chelsea in this glorious career at Stamford Bridge. 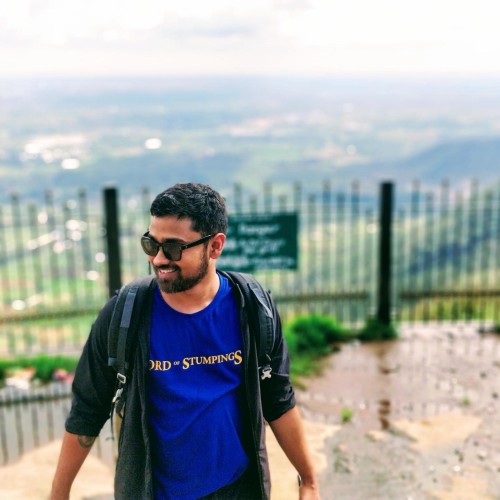 Siddharth Singhhttp://midlifejunction.com
A software professional by the day, sports fan and a writing enthusiast by the night. I am a big Chelsea fan, and needless to say, a massive Cricket fan (yes, it is genetic!). I play football regularly with a bunch of young people who make me feel old. Fortunately, the sport makes me feel young again by the time I drag by sweat bedraggled body out of the field. Cricket isn't big where I live but I was a fine-ish wicketkeeper in my youthful days. I've flirted with sports writing in the past, especially, reviews of Premier League games.
Previous article
ISL 2019-20 Match Day 11 Update: ATK stun Chennaiyin FC
Next article
MCFC vs ODS Dream11 Prediction 2019 | Mumbai City FC vs Odisha FC

Top 15 Health Benefits of Football You Should Know