Mahendra Singh Dhoni may have retired from all forms of International cricket, but he will perhaps never retire from people’s hearts as ‘captain cool’. He is a prominent cricketer in the ongoing Indian Premier League, whether his team is winning or not. That’s quite simply because he is MS Dhoni.

Physically speaking it is uncanny how much he resembles the gladiator avatar of himself. Muscular and filled out like never before. But that has not affected his agility on the ground. Quick with his reflexes behind the wicket, and diving without caution to catch the ball.

The calm aura that he has now become so famous for, often precedes himself. You can sense the calm even before he actually arrives. But this time added to the calmness is a thick layer of candidness. No mincing words, as he has nothing to lose. With no need for diplomacy and just expressing himself, MSD has made his ‘toss’ interviews and post-game chats spicier thanks to this new development. 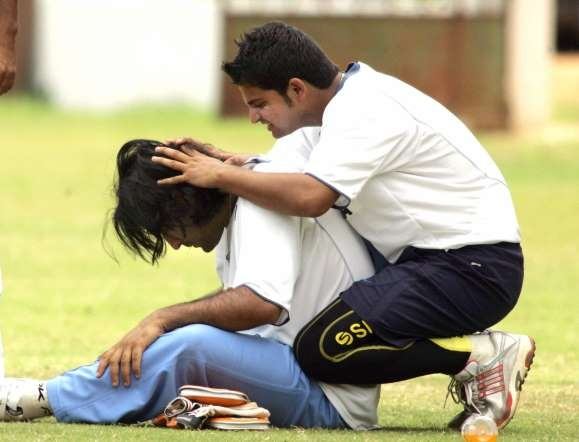 Here are some excerpts of the candid, totally iced MS Dhoni before and after the Game against Delhi Capitals in Dubai.

At the toss he was in full form and here are some of the things he said.

Why choose to bowl first when teams batting second have not won?

“We need to respect the conditions and the fact that dew will play a factor and maybe the sides batting second have committed a few mistakes. In cricket you need to make the right decisions and the results are the by product of those decisions.”

One win, one loss -what are the learnings?

“In a tournament like this when you have 14 games before the play offs you won’t win all of them, you just need to concentrate on the things you need to do right. There were a few controllables in the last outing which we did not control, like no balls. But there are positives.”

On batting higher up the order?

“Well whatever is best for the team, we shall do that. And that is part of the strategy, so let’s wait and see.”

Now wasn’t that a refreshing exchange?

And after losing to the Capitals, MS Dhoni had his mandatory ‘losing captain’ interview and this is how it ran.

“We are lacking momentum at the start, no real steam and that hurts, because if you are chasing 160 plus then the run rate keeps on mounting and that adds to the pressure on the middle order. But we will come back, after looking at how each one is contributing. In the bowling department if we become more consistent with length line and pace, we should be able to select better.”

On the Lighting being an issue at the Dubai Ground

“Well it does not affect me behind the wicket, but with dropped catches, I must ask the players. For me with the bigger gloves it’s slightly easier. Most of the players are used to just four towers, but the light is good and maybe the ball trajectory is problematic. But now that you have mentioned it, this will become an excuse for a lot of dropped catches.”

(Humour the by product of being candid, MSD)

As a cricket lover, one looks forward to the many exchanges that MS Dhoni will have in the matches to come. For now, it is pretty evident that with his muscled body, he has worked out in his brain in the area that allows us to have much to talk about.

From Captain Cool, to Chilled, to almost iced, may the great man of Indian Cricket ‘whistle podu’ his way through this IPL.

Trishna Bose
The kind of person who believes that Today is all we have. Tomorrows may happen but Today is here. Passionate about Sport and daily Life. Married to Cricket, and attached to Golf, Badminton, Tennis, Hockey to name a few. Here to say it as I see it in my mind. It's time to Kreedon.
Previous articleIndian Premier League 2020 OR Indian Portly League – To be Honest
Next articleKagiso Rabada – Best T20 bowler as quoted by Ricky Ponting

MS Dhoni Rested for the last two ODIs against Australia

Story of the Comeback team – The Chennai Super Kings