In a sensational announcement on the Independence Day, former India Captain, 2-time World Cup winner and heartthrob of millions, MS Dhoni announced his retirement on Instagram.

“Thanks a lot for ur love and support throughout.from 1929 hrs consider me as Retired” Dhoni said in his post along with a 4-minute video. The video is especially emotional as it takes us down the memory lane. It starts with Dhoni’s run-out in the debut game and ends with “that run-out” against New Zealand last year.

Thanks a lot for ur love and support throughout.from 1929 hrs consider me as Retired

Dhoni is still expected to play for Chennai Super Kings at the IPL 2020. The CSK captain recently arrived in Chennai for the one-week training camp before the team leaves for UAE.
After his announcement, Dhoni has now retired from all formats, marking an end of a 16-year international career. He had already retired from the longest format back in December 2014.

MS made his international debut against Bangladesh in December 2004 where he scored a golden duck. But the wicket-keeper batsman has not looked back since. He gained a massive fan following with his long hair and unique but efficient batting style in early days. Dhoni especially came to limelight with his innings of 148 and 183* against Pakistan and Sri Lanka, respectively.

The 2019 World Cup semi-final against New Zealand was M. S. Dhoni’s last international game, where he scored 50 runs. India No. 7 was on the cusp of yet another trademark last over finish but his inning was cut short by Martin Guptill’s exceptional throw from the outfield. In his 350 ODIs, Dhoni scored 10,773 runs at an average of 50.57. With 229 sixes, he holds the record for the most sixes by an Indian in ODIs.

In the shortest format, Dhoni played 98 games, scoring 1617. It was Dhoni and his young side who led India to glory in the inaugural 2007 T20 world Cup. After his leadership skills during the tournament, Dhoni was handed reins of the ODI side and eventually the test side as well.

Dhoni led India in exactly 200 ODIs and finished with an impressive win percentage of 55. With 110 wins, 74 defeats, 5 tied, 11 NR, he is the most successful Indian captain in ODIs. Leading India to the Worlds Cup title in 2011 was without a doubt, Dhoni’s biggest achievement. He led India to the glory after 28 years and played a match-winning knock of 91*. Under his captaincy, India also won the 2013 Champions Trophy, making Dhoni the only captain to win all three ICC trophies. 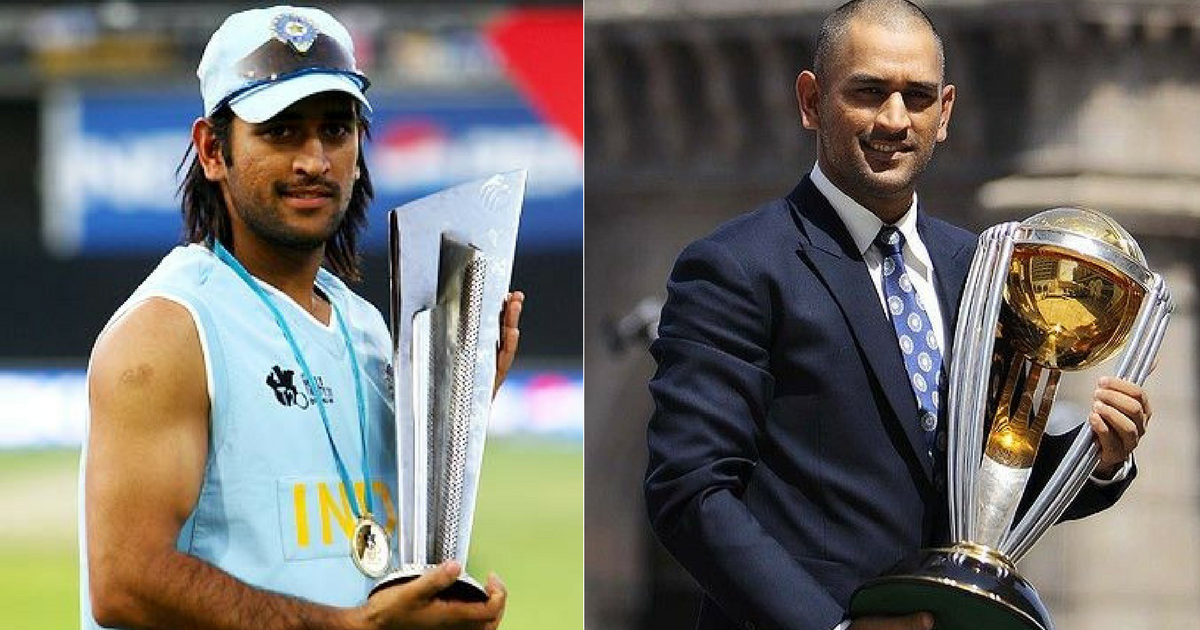 Apart from his batting and leadership, MS will also go down as one of the finest wicketkeepers in the world. He was known for lightning-quick stumpings and unique style behind the stumps which inspired a generation of wicketkeepers. Dhoni hung his gloves with 829 dismissals across three formats, third-best in the world.

Chinmay Pagar
I might be a Mechanical Engineer on the paper, but I was a Sports enthusiast since childhood, screaming at the TV watching cricket at the age of 4. Not much excites me other than sports unless it's free pizza. I can watch literally anything remotely related to sports; Cricket, Football, Tennis, F1, Hockey, Athletics, Chess, you name it! And I love to write too, so at the time I'm not watching sports, I'm writing about it. Or eating pizzas, of course.
Previous articleCheck Out: Indian athletes celebrate Independence Day on social media
Next articleSuresh Raina joins Dhoni & announces retirement from international cricket

10 Ugly Cricket Fights You May Not Want to Know