Akhil Kumar known for his open guard boxing style till date has won many national as well as international awards in various boxing competitions.

Akhil Kumar was born on 27th March 1981 in Faizabad in Uttar Pradesh. He started boxing at the age of 13. He first contested in a boxing match at the school state level boxing in Haryana. Famous for his open guarded boxing action, Akhil Kumar started boxing as a hobby, which he successfully transformed his hobby into his profession to support his family.

Akhil Kumar at the Olympics and Commonwealth Games

A young and powerful Akhil Kumar qualified for the Athens Olympics Games by winning second place at the 1st AIBA Asian 2004 Olympic Qualifying Tournament in Guangzhou in China. In the first round he lost to Uzbekistan’s Tulsa Bhoy Doniyorov. But luck was not on his side and Akhil at the 2004 Olympics 2004 lost in the first round to Jerome Thomas.

In the year 2005, Akhil Kumar leaving his Olympic Games disappointment behind him won the gold medal in the 4th Commonwealth Federation Boxing Championships in Glasgow, Scotland. There he defeated Mahlangu of South Africa by a narrow margin of 18-17 in the 54 kg final.

But the highest recognition the open guarded boxer got was in the 2006 Commonwealth Games. Akhil won the gold medal in the Bantamweight 54 kg category by edging out Nestor Bolum of Nigeria in semis. And defeating Bruno Julie of Mauritius in the finals.

In the year 2008, Akhil  qualified for the 2008 Olympic Games. He beat the silver medalist from 2004 Summer Olympics, Worapoj Petchkoom, in the Asian Boxing qualifying tournament in Bangkok. In the 2008 Olympic event, he made his way to the second round in the Bantamweight 54 kg category beating Frenchman Ali Habab.

In the round of 16, he beat that year’s World Champion Sergey Vodopyanov in the second round of the bout, in a controversial match. The score was tied at 9-9 by the fourth round but the judges’ decision was in favor of Akhil Kumar. This was because, he had landed a greater number of punches in the match. But, once again luck was not on his side and Akhil Kumar lost to Veaceslav Gojan of Moldova in the quarter finals on 18th August 2008. This was the last Olympic Games of his career Akhil Kumar was ruled out of the 2012 London Olympics as he failed to reduce weight in time to take part in the Asian Continental Olympic qualifying tournament which was held in Kazakhstan on April 2012.

In the AIBA World Cup 2008, held in Moscow, Akhil beat Marcel Schneider of Germany in quarterfinals with a marvelous margin of 15-6. In the semifinals, the final scores ware equal. The judges awarded the match to his opponent and subsequently he won a bronze medal.

Recently, Commonwealth Gold medallist Akhil Kumar questioned India’s obsession for foreign coaches, a sentiment which was echoed by 2002 Commonwealth Games gold-winning trap shooter Moraad Ali Khan at a function organised to send out good wishes to the contingent for the 2018 Commonwealth Games.

The 37-year-old Akhil, made it clear that he wasn’t against hiring foreign coaches. But, at the same time, what worries him is the inferior treatment meted out to domestic coaches.

“In India, we have a tendency to run after foreign coaches, without even knowing how qualified or well informed they are about India’s sporting culture. We instantly get impressed with their style and language but did we ever ask the athletes about their difficulties in communicating with such coaches,” the outspoken 2006 Melbourne CWG gold medallist had said during that time.

Akhil Kumar has won number of national and international boxing competitions that includes: 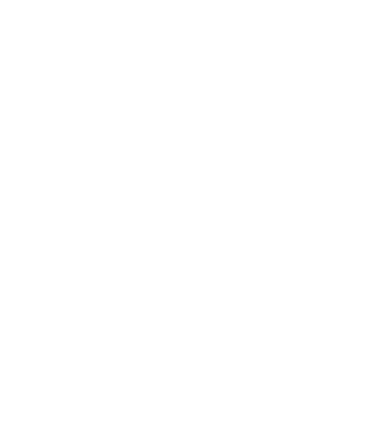 For more updates on Indian sports sign up with us to get the best athlete stories in your mailbox.

Vardan Pandhare
Vardhan is an author who loves creativity. He enjoys experimenting in various fields. After completing his graduation, he was sure about one thing! His love for sports. He is now living his dream of being creative with words in the field of sports. He has since then always brought the latest news and updates for all the sports fans.
Previous article734 Youngsters Inducted in the Khelo India Scholarship Program
Next articleJavelin Throw: Para Athlete Sundar Singh Gurjar Breaks Record Wins Gold

There is an assured calmness about him because he barely utters anything on the court.  Known as the Godfather of Indian badminton, he is...
Read more
Biographies

"When kids my age were picking up toy cars, I used to buy toy guns." -Gagan Narang When he was just 2 years old he...
Read more
Biographies

If you fall behind, run faster. Never give up, never surrender, and rise up against the odds. - Jesse Jackson India is a land of...
Read more